The transformation of social relations resulting from the digitalisation of homes, the communication of knowledge about health in the 20th and 21st centuries and challenges for work safety in  times of digital transformation will be addressed by researchers awarded in the CHANSE Call. 12 out of 26 projects will be carried out by Polish researchers.

CHANSE (Collaboration of Humanities and Social Sciences in Europe) is pleased to announce that 26 international projects have been selected for funding in the Call: Transformations: Social and cultural dynamics in the digital age, including two topics:

The aim of launching the CHANSE Call was to fund high quality research responding to current social and cultural challenges and to inspire collaboration between researchers and various stakeholder groups, such as: NGOs, cultural institutions, schools and many others. The call received an enthusiastic response from the research community in the social sciences and humanities. 366 outline proposals were submitted by international research teams composed of at least 4 Principal Investigators, out of which 90 were invited to the second evaluation stage. Finally 26 projects were selected for funding. The winning projects included 12 research teams from Poland, as well as one project DigiPatch with the Polish Project Leader Prof Małgorzata Kossowska, addressing the issue of patchwork societies. The future grantees have noted that in addition to changes in human relations, addressed by the DigiPatch project, digitalisation affects many aspects of human life, such as public health, logistics or religious practices. Funding will be awarded to research projects addressing such issues as the impact of COVID-19 on the digitalisation of European religious communities, role of home digitalisation or social science automation.

The list of selected projects with the participation of Polish researchers

One of CHANSE’s goals is to promote the principle of equal participation of women and men in the research teams, which was applied to the selection criteria for applications recommended for funding. Among projects ranked ex-aequo on the ranking list, priority was given to those with the most gender-balanced composition of the research team. Another important priority of the Programme is to enhance the participation of countries where the level of research and innovation is lower than the EU average (the so-called widening countries). In the group of 27 agencies that created CHANSE, as many as 12 are from the widening countries. Additionally, some of them perform important roles in the Programme as task leaders – ETAg (Estonia) and UEFISCDI (Romania), and the coordinator – NCN. CHANSE strives to ensure inclusiveness in research not only at the application selection stage, in which the widening factor was as important as the gender balance criterion, but also at the initial stage of the formation of research groups. Researchers  from all countries were offered the Partner Search Tool, which is aimed at facilitating the establishment of international project consortia, which also fostered cooperation with partners from the widening countries.

CHANSE is an ERA-NET Programme bringing together 27 research funding organisations from 24 countries. The Programme builds on the experience of two existing networks: HERA (https://heranet.info/)  and NORFACE (https://www.norface.net/) supporting research in humanities and social sciences respectively. 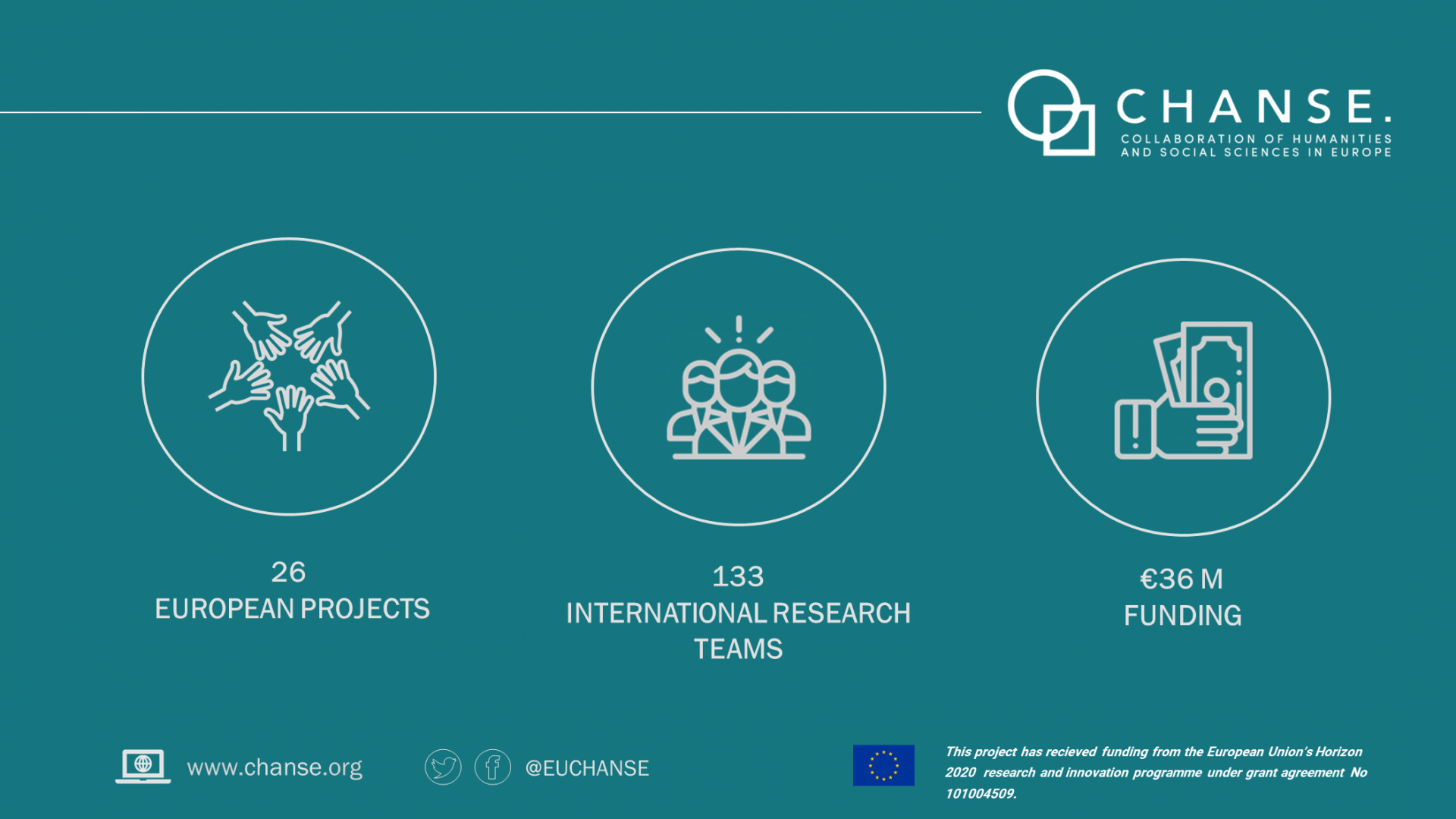