Director of the National Science Centre prof. Andrzej Jajszczyk was among participants in the annual meeting of the Global Research Council that took place in Berlin between 27th and 29th May. The meeting was attended by seventy funding agency heads from all over the world as well as  representatives of prominent institutions related to research and research politics, including: General Director of DG Research and Innovation in the European Commission, Robert Jan Smits;  President of Science Europe, Paul Boyle; President of the European Science Foundation, Pär Gösta Omling; Secretary-General of the International Association of Universities, Eva Egron-Polak; President of the European University Association, Maria Helena Nazaré; the Founder and Chairman of the Science and Technology in Society Forum, Koji Omi; Germany’s Federal Minister for Education and Research, Johanna Wanka; the Chief Executive Officer at the AAAS, Alan I. Leshner and President of the European Research Council, Helga Novotny.

Topics addressed during the two main sessions of the meeting were centred on research integrity and the issue of open access to publications. The discussions proper were preceded by presentations by delegates of various continents. In the first session Europe was represented by the Director of the National Science Centre, Professor Andrzej Jajszczyk and his lecture “The National Science Centre (NCN) and Responsible Conduct of Research”. Professor Jajszczyk, in his speech, outlined the mechanisms that ensure responsible research conduct is carried out by the NCN. The full text of the presentation can be viewed at: http://ncn.gov.pl/sites/default/files/pliki/centrum-prasowe/NCN_Statement_GRC_Berlin_2013_print.pdf . In the session devoted to open access to publications, Europe’s official stance was voiced by Professor Paul Boyle. Following an animated discussion, the assembly adopted two documents: “Statement of Principles for Research Integrity” and “An Action Plan towards Open Access to Publications”. 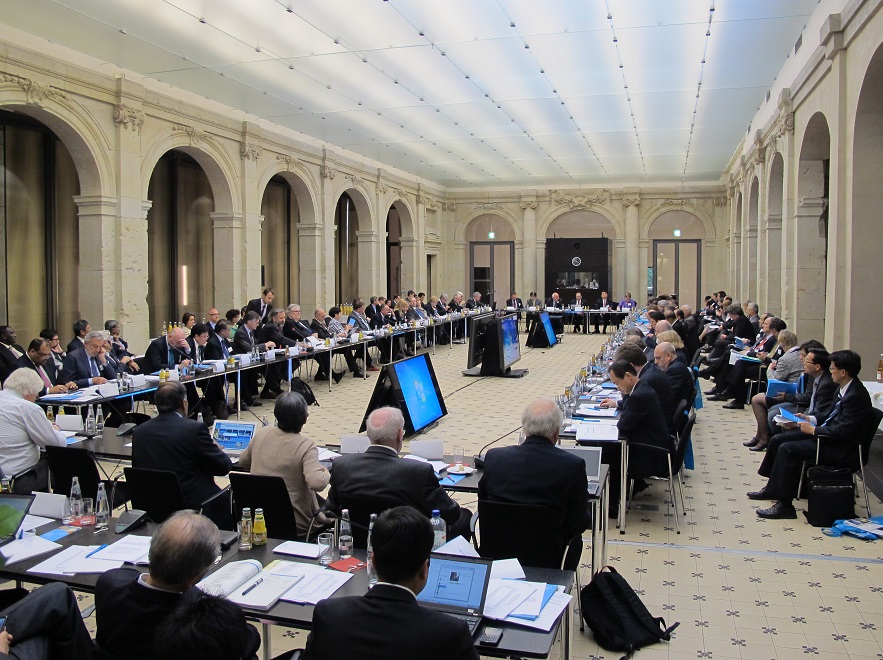