10 Dioscuri Centres of Scientific Excellence to be established in Poland

On 4th July at the Wawel Royal Castle in Krakow, the National Science Centre (NCN) and the Max Planck Society (MPG) signed an agreement providing for the establishment of ten Dioscuri Centres of Scientific Excellence at Polish research units.Present at the ceremony was the Polish Minister of Science and Higher Education, Jarosław Gowin, whereas the German Federal Ministry of Education and Research was represented by its Director General, Volker Rieke. On behalf of the NCN, the agreement was signed by the Centre’s director, professor Zbigniew Błocki, and professor Martin Stratmann, the president of the MPG signed the document for his institution. Also present was the Consul General of the Federal Republic of Germany in Krakow, dr Michael Groß. 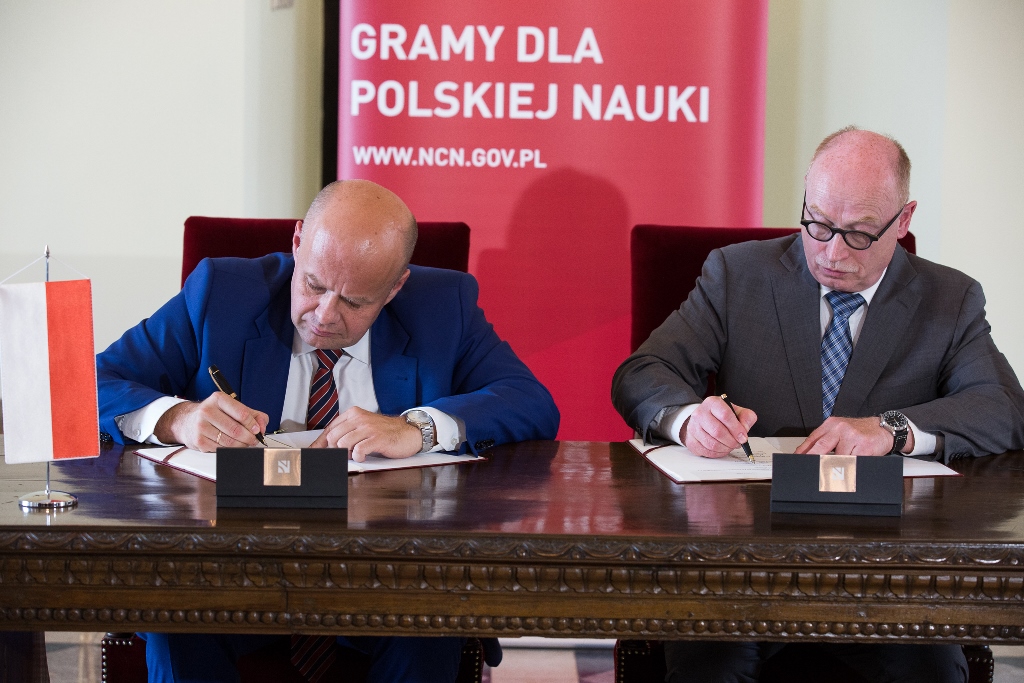 Dioscuri is an initiative by the Max Planck Society, Germany’s independent research institution, intended to establish Centres of Scientific Excellence in Central and Eastern Europe. The Centres will enable outstanding researchers to carry out research on world’s top level. The signing of the agreement between the MPG and the NCN on 4th July will inaugurate the programme. The undertaking will help bring to Poland outstanding leader researchers, who will set up their research teams here. This will offer researchers from all around the world an opportunity to work in the best international teams.

It has been a little more than a year now since I announced a development strategy for research and higher education in Poland, the document beginning with the phrase “Strategy for scientific excellence.” It is the most important direction for both the Polish government and the country’s academic community. Today, by entering into cooperation with the Max Planck Society, we take another step towards that excellence, said Minister Gowin. Evident is the convergence of the direction of the planned reforms in Poland’s science and higher education and the solutions that have functioned in Germany for years. For this reason today’s ceremony is one of great importance. The opportunity for the Polish researchers to collaborate with the Max Planck Society is an exceptional chance for science in Poland. I am positive that today’s event will initiate a number of breakthroughs in research.

The agreement signed on 4th July between the MPG and the NCN will significantly reinforce Polish-German ties in research. The framework agreement provides for ten research labs to be established at Polish research units specialising in different fields. Each newly established Centre will cooperate with a German Mentor Institution, and its funding will be provided by the NCN from the resources contributed by the Polish Ministry of Science and Higher Education and the German Federal Ministry of Education and Research.

Establishing ten Dioscuri Centres of Scientific Excellence in Poland, thanks to the programme coordinated jointly by the Max Planck Society and the National Science Centre, will be a positive stimulus for research in Poland. Mobility in science is prerequisite for the rise in prestige of Poland’s scholarly community and for the progress of research at home: it does not have to be limited to leaving the country, explained professor Zbigniew Błocki. Owing to the Dioscuri programme, with the support of the Max Planck Society, we will be able to encourage world-class researchers to work in Poland.

The Centres will be set up by outstanding researchers selected following a series of international competitions. The first one will be announced in October 2017 and concluded in 2018. In the pilot edition there will be up to three winners, thus to form first three Centres.

In the event of successful application under the Dioscuri opportunity, the research institution acting as host to the planned Centre will receive annually the equivalent of € 300,000 to spend exclusively on the Centre’s operations. As a deliberate measure, the remuneration for the Centre’s investigator is supposed to be at an internationally competitive level. A project’s leader will be paid € 100,000 a year. The funding period is 5 years, and may be extended by further 5 years (on condition that it passes assessment and there is funding available).