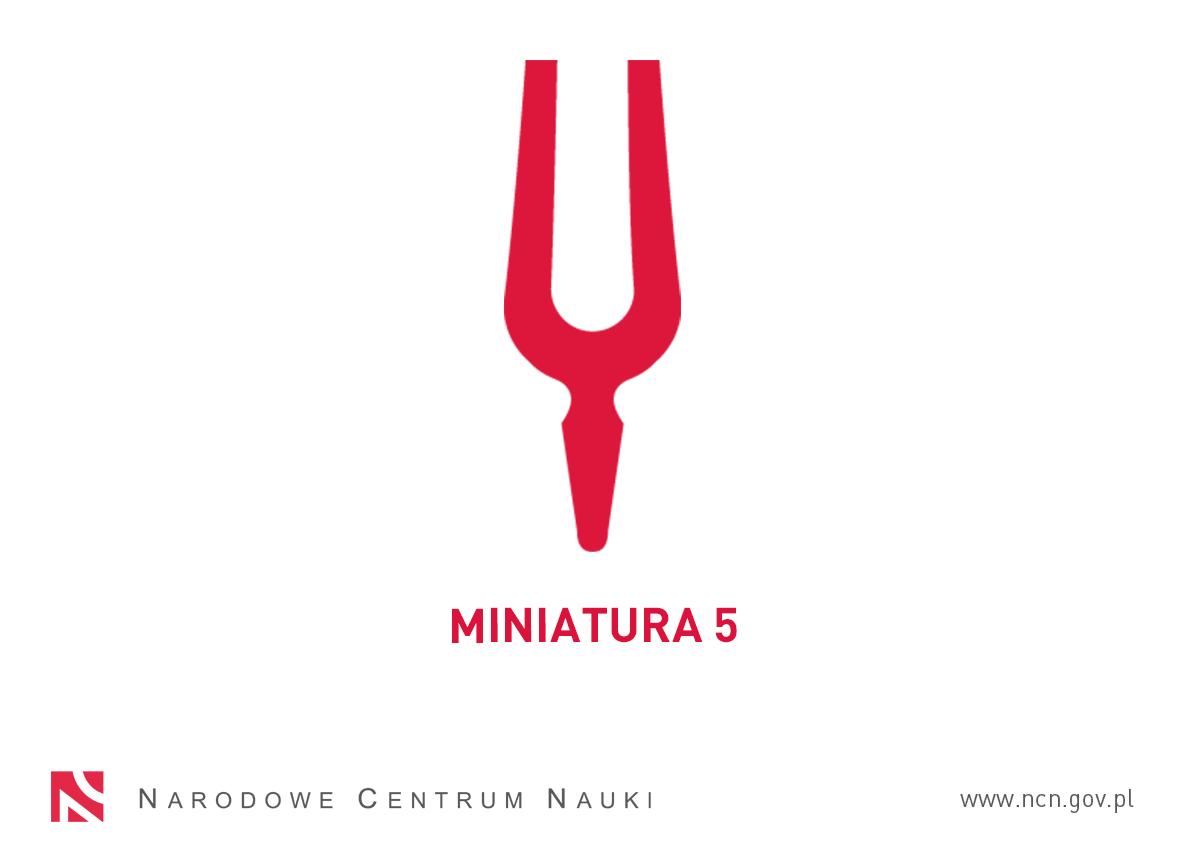 In the last call addressed to researchers who have not managed any NCN-funded research projects, 300 research activities were deemed eligible, with a total of almost 700. We have just published the last ranking list under MINIATURA 5.

Funding awarded under MINIATURA 5 could have been designated for preliminary/pilot studies, library and archive searches, fellowships, research visits and/ or consultations. Proposals were submitted on an on-going basis, between May and September. The ranking lists of eligible research activities were published once a month. The ranking list of proposals submitted in September is now available.

Funding will be provided for preliminary studies concerning, comprehensibility and availability of contents on the websites of Polish central authorities and use of river areas in the three largest cities of Eastern Poland. The last list includes 321 winning researchers. The added value of the successful research activities is 11.9 mln PLN. We were able to award more grants because, the Ministry of Science and Education increased their funding of the NCN.

A call for a good start

One of the aims of the MINIATURA call is to expand the group of winning applicants and encourage researchers from the research institutions reluctant to apply for NCN funding to do so. Proposals may be submitted by investigators who have not managed any NCN-funded projects and have not been successful in a call for doctoral scholarships or fellowships.

In the fifth round of the call, the NCN Council decided to increase the call budget by approx. 4 million PLN due to the high quality of proposals, in particular proposals submitted by researchers from smaller academic centres.

Experience from the previous MINIATURA calls show that the MINIATURA call winners have successfully applied for other grants, for example, 19 researchers who had managed a research project under MINIATURA were among the winners of the OPUS call, the results of which were published a few days ago.

A total number of proposals submitted to the MINIATURA 5 call between May and September
Funding awarded for particular research groups:

The decisions for all successful and unsuccessful projects submitted to MINIATURA 5 call in September will be sent today. Please remember that the decisions are delivered to the applicant in electronic format to the Electronic Delivery Box (ESP ePUAP) provided in the proposal. If you do not receive a decision, please make sure that the address (ESP) listed in your proposal is correct. If it is not, contact the person in charge of the proposal, as indicated in the ZSUN/OSF system.