PRELUDIUM is a call for proposals addressed at early-career researchers who are not PhD holders. In the last edition of the call closed in November 2021, almost 500 researchers from all over Poland received project funding of over 77 million PLN. The grant money will allow them to conduct a thorough investigation of various issues in many domains.

Kamila Albin from the Institute of Applied Social Sciences of the University of Warsaw will analyse individual experiences of women with disabilities in her project “Activists, leaders (self)advocates. Activism experience in autobiographical stories of women with disabilities in Poland”. Kamila Albin will investigate the motives of their social engagement and views on obstacles to the activism of disabled people.

Disabled women are still subject to stereotypes, marginalisation and discrimination as helpless and dependent on others. They are excluded from many areas of life, such as civic and social activities, even motherhood. “For me, it is very important to include the viewpoint of disabled researchers in the academic discourse. In a way, every such action changes our thinking of disabilities and beats stereotypes” she says.

The aim of research is to help shape positive social attitudes towards women with disabilities and join in collaboration, while writing and disseminating stories of female activists with disabilities can inspire disabled women to actively shape the civic society. “Community engagement is often caused by the fact that disability is recognised as a part of one's identity. In my research, I would also like to find women whose social engagement is not related to their disability and is not its consequence” she says.

Women in the European Parliament

Aleksandra Polak is yet another researcher to investigate women’s activism. She is a PhD student at the Doctoral School of Social Sciences of the University of Warsaw specialising in political science and administration, and expert with the Team Europe network at the European Commission Representation in Poland in the project “Explaining Cross-National Differences in Women's Descriptive Representation in the European Parliament: a Comparative Study”. 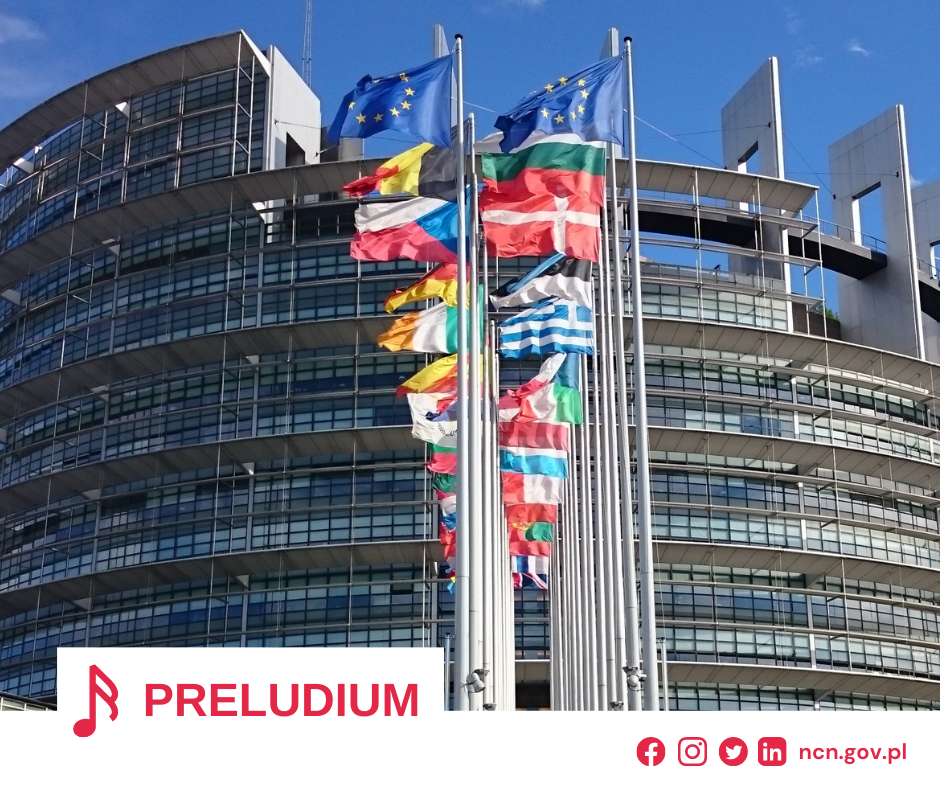 The European Parliament is often regarded a gender balance promoter in Europe due to its support for women’s rights and rather equal number of female and male MPs. There is currently a record number of female MPs: 39.3%, while an average percentage of female MP’s in the EU Member States is 32.7%. “There are, however, significant differences between Member States, ranging from completely gender-balanced national representations from Denmark, Latvia, Luxembourg and Slovenia to only 15.2% of Romania MPs and none from Cyprus” says the Aleksandra Polak.

Jakub Chłędowski from the Faculty of Mathematics and Information Technologies of the Jagiellonian University will work on the classification and detection of 3D DBT volumes to aid radiologists in breast cancer screening under the PRELUDIUM call.

Breast cancer is the main cause of cancer deaths in women, with a global mortality rate of 15.5% of all cancers in 2020. Mammography is the most common method of breast cancer detection, however it is not accurate and can increase the number of both false negative and false positive diagnoses. Digital Breast Tomosynthesis (DBT) is a three-dimensional equivalent of mammography that allows for more accurate imaging of lesions. “Conventional mammography is limited due to overlapping structures that may obscure suspicious lesions or make normal structures look suspicious. DBT uses multiple low-dose X-ray projections creating a three-dimensional image of the breast and prevents the structures from overlapping which may help overcome such limitations” says Jakub Chłędowski

This is the first type of research allowing multiple DBT surfaces to be combined and all types of tumour lesions to be seen across the tested area. “In my research, I will use the signal from DBT segmentation to improve the quality of classification. First, I will train a neural network that can locate tumours and then use the information from the hidden layers of the network to create a neural network to classify DBT” he says.

PRELUDIUM is launched once a year. A maximum grant of 70,000 PLN, 140,000 PLN or 210,000 PLN may be awarded for a research project carried out over a period of 12, 24 or 36 months, respectively. A research team must not include more than three people, including the principal investigator and mentor. The next edition of the call will be launched at the beginning of 2022.