Growing bacterial resistance to hitherto effective antibacterial agents poses one of the greatest threats to public health. Antibiotic-resistant microorganisms can now be found in hospitals and anthropogenic environments. There are many causes of this phenomenon. Doctors often prescribe antibiotics without a good reason or administer broad-spectrum agents without a prior antibiogram test; patients, on the other hand, also make mistakes, such as self-medication, unnecessary and excessive consumption, or the termination of treatment once the symptoms subside, before completing the full-course of treatment.  Antibiotics are also abused in veterinary medicine (where they are used for prevention rather than treatment) and agriculture (to speed up the growth of livestock). Many strategies are employed today to combat the growth of antimicrobial resistance; one such strategy involves developing hybrid drugs. Hybrid drug molecules contain various bioactive fragments that act against different molecular targets. This approach is very beneficial not only because there is a lower risk that the bacteria will develop defence mechanisms against multiple pharmacophore fragments, but also because the side effects of one hybrid part can be counterbalanced by another. 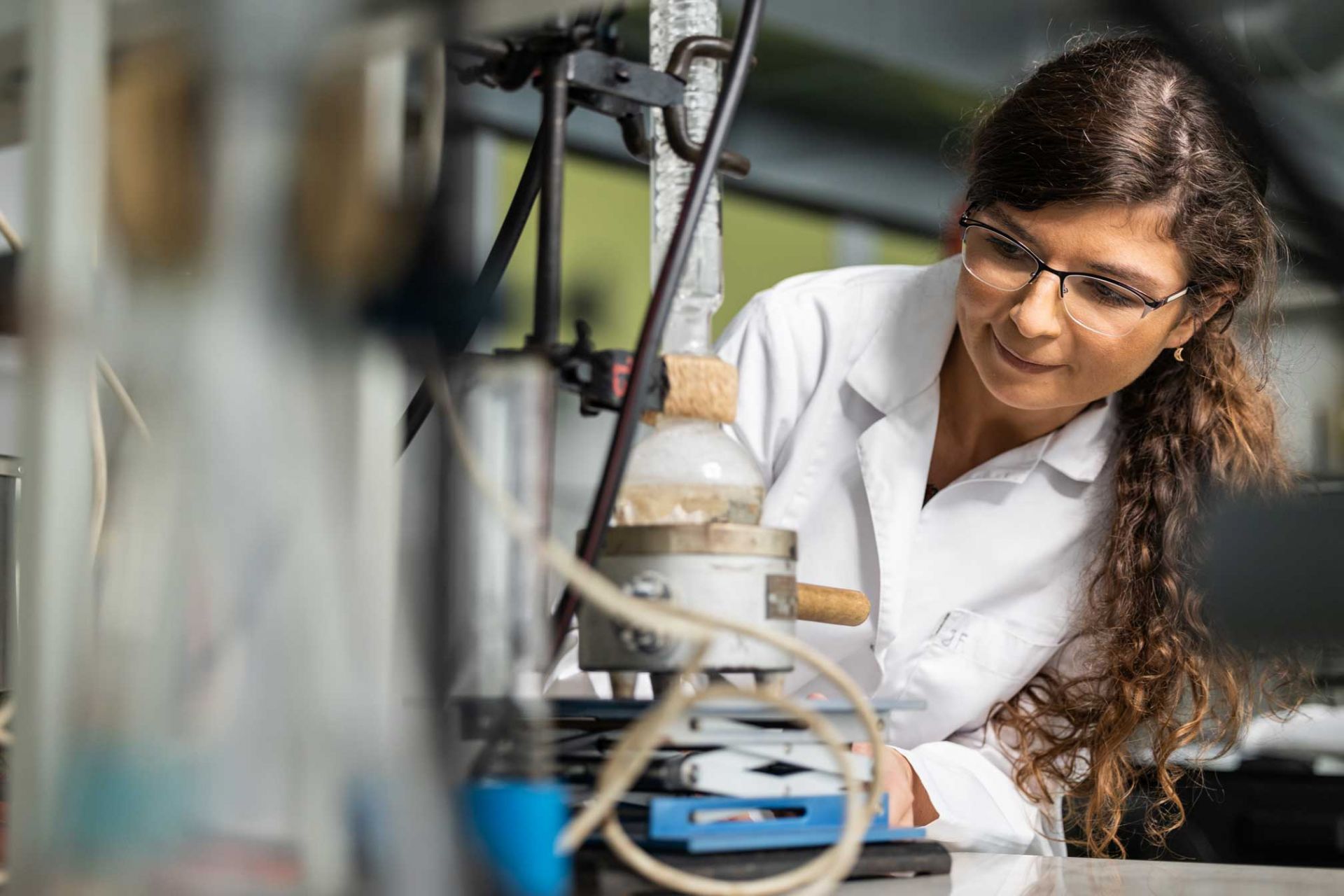 Photo by Michał Łepecki The main purpose of the project was to design a library of new-class antibacterial agents with a unique dual-action mechanism that would inhibit bacterial enzymes responsible for DNA replication, i.e. type II topoisomerases, and disrupt the function of lipid membranes in disease-causing bacterial cells.

We obtained 16 new substances with a hybrid structure that combined a fluoroquinolone skeleton with a fluorescent triazolinium group, containing a quaternary ammonium salt which, like traditional bacteriostatic agents, feature a positive charge on the quaternary nitrogen atom. The agents were tested on a panel of gram-positive and negative strains of human pathogens. 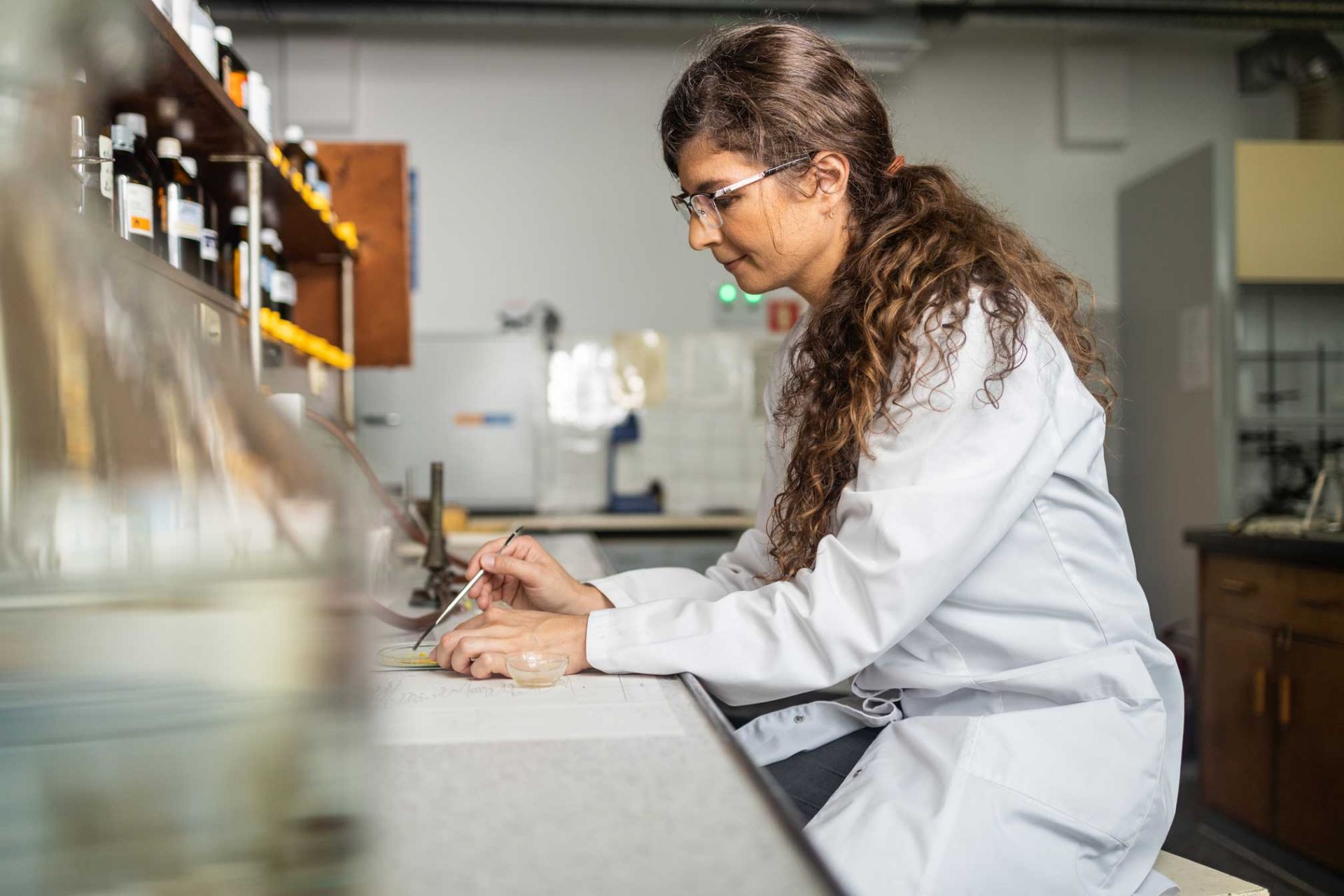 Photo by Michał Łepecki The agents were shown to reduce the number of bacterial cells, induce changes in their morphology and disrupt their cell division processes. For the most active compounds, the minimum concentrations required to inhibit bacterial growth were found in the micromole range and were comparable to those of drugs currently used in clinical  practice. Biochemical tests showed that the derivatives are strong inhibitors of the DNA gyrase enzyme in Escherichia coli and can permeabilize bacterial membranes. The most active hybrids, i.e.  ciprofloxacin, enoxacin and lomelofloxacin derivatives, had the ability to eliminate the compact, resistant biofilm structures of bacterial strains such as Pseudomonas aeruginosa and Staphylococcus aureus, responsible, respectively, for opportunistic respiratory infections in cystic fibrosis patients and cutaneous, subcutaneous and soft tissue inflammation. Selected bacterial strains developed delayed resistance against enoxacin and gatifloxacin derivatives in comparison with the parent drug. In addition, all the substances were non-toxic to the human HEK-293 (human embryonic kidney) cell line. We have also conducted molecular docking experiments to better understand the observed antibacterial action. The new conjugates were also shown to bind the DNA gyrase of Staphylococcus aureus and the topoimerase IV of Streprococcus pneumoniae at their active centres in a manner characteristic of fluoroquinolones. Based on chromatography assays, we have demonstrated a relationship between the lipophilic properties and the biological activity of the new hybrid compounds. The project allowed us to select several compounds with the most beneficial action profiles for further pre-clinical trials. Importantly, the fluorescent properties of these hybrid molecules make it possible to monitor their life inside cells.

Graduated with an MSc in molecular biotechnology from the Faculty of Chemistry of the Gdańsk University of Technology in 2014. Since 2018, she has worked at the Faculty of Pharmacy of the Gdańsk Medical University, where she defended a PhD under the supervision of Dr hab. Jarosław Sączewski in 2019. In 2017-2018, she was the principal investigator under a PRELUDIUM 11 project; as of 2021, she is completing a postdoctoral fellowship at the Faculty of Pharmacy of the University of Helsinki under the Bekker programme (NAWA). 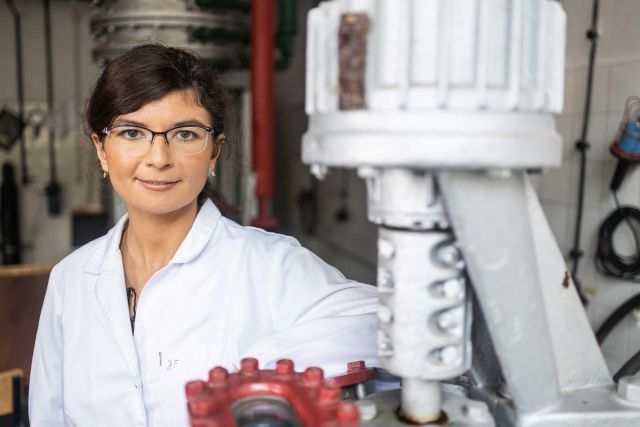