The last three decades around the world have brought a number of new monographs devoted to the cultural dimension of early cinema, the high-circulation illustrated press published at the turn of the 19th and the 20th centuries, the phenomenon of department stores, suspense novels, the urban iconosphere and entertainment parks. Not only do they allow us to study the history of mass media, but they also show the cultural dimension of modernization. In Poland, however, new approaches to pre-1989 Polish popular culture have been few and far between, which means that researchers tend to rely on the history of popular culture in Western Europe and the US. However, it is difficult to describe its development in our country without the use of local materials and a theoretical reflection that would take into account the local context. 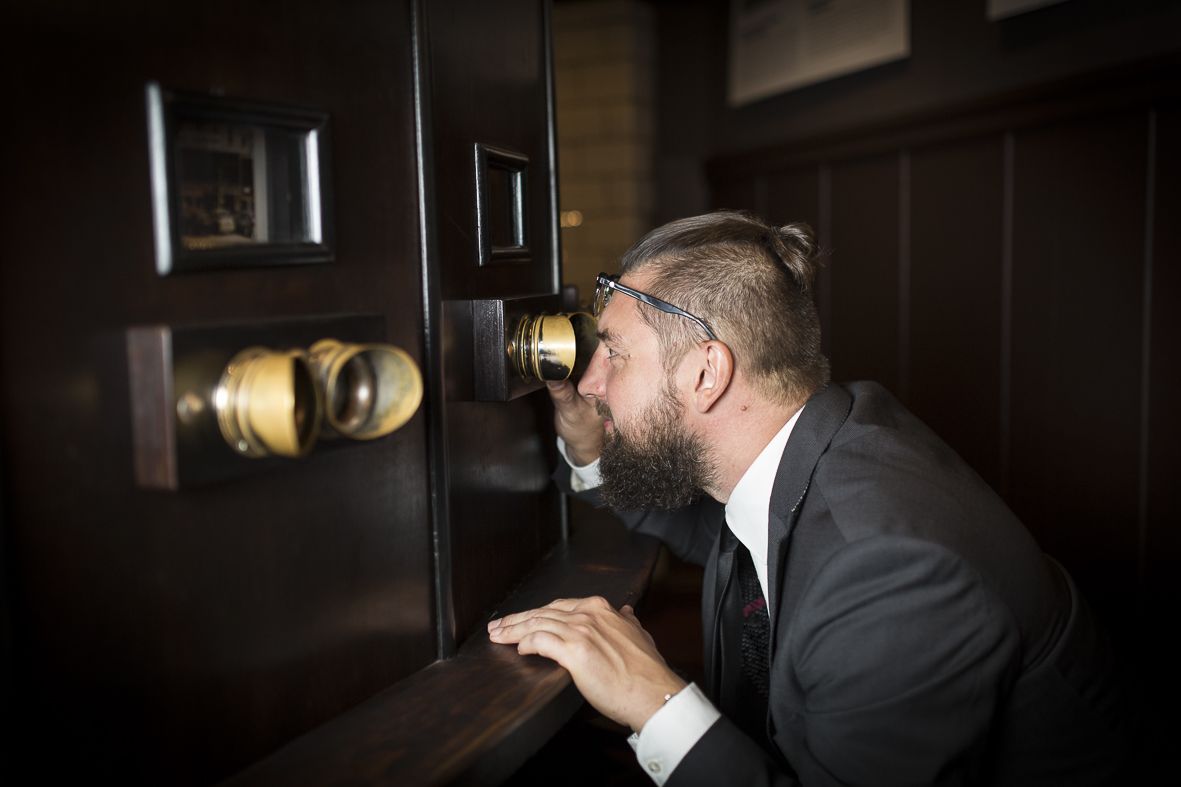 Fot. Michał Łepecki. Wnętrza do sesji udostępnił Fotoplastikon Warszawski, oddział Muzeum Powstania Warszawskiego. The purpose of the research project entitled "History of popular culture in Poland in the first half of the 20th century from the perspective of transmediality" was to collect and make available a variety of materials pertinent to the popular culture of the first half of the 20th century, to develop an approach based on contemporary research methodology, but also to revive the Polish tradition of cultural studies and their reflection on popular culture. The project adopted a transmedial perspective, which allowed light to be shed on the relationships between content circulated in different media and placed the pop culture of the period in the context of broader civilizational changes. This entailed a shift away from traditional, trite conceptualizations based on a dichotomy between the high- and the low-brow, which are focused on a narrow section of popular culture that could be subsumed under the scope of traditional disciplines (such as literature or film studies) and study culture in isolation from other areas of social reality. The new perspective also allowed for comparative studies analysing the well-described cultures of other regions of Europe. 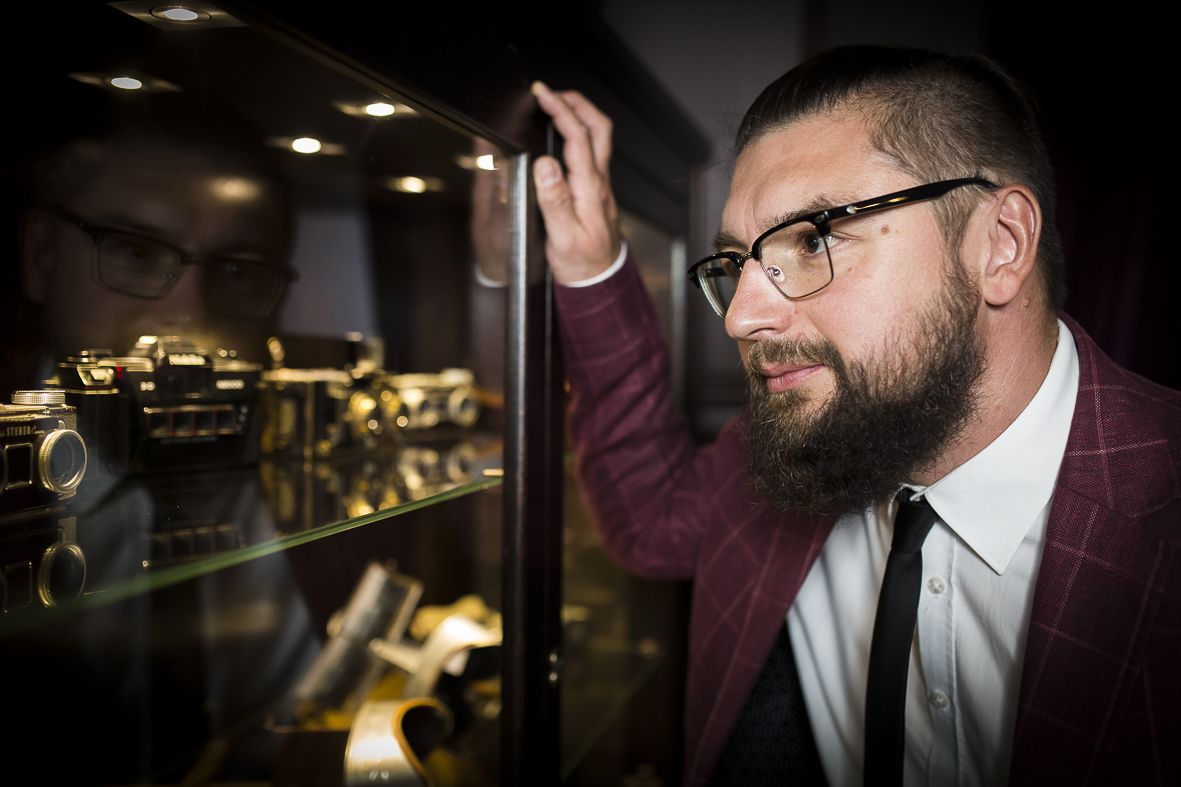 Photo by Michał Łepecki. The photo shoot was organized at Fotoplastikon Warszawski, branch of the Warsaw Uprising Museum The project included an international workshop entitled "Transmediality in Modern Popular Culture”, organized during the NECS – European Network for Cinema and Media Studies 2015 conference. A symposium has also been held dedicated to the "POP-PL Popular Culture in Poland before 1939". Presentations delivered at these events by Polish and foreign experts were published in two issues of "Kultura popularna", an open-access quarterly devoted to cultural studies. Alongside the official project website, the SWPS University launched a number of open online archives hosted on its servers: a "Paper bandits" database, containing a bibliography of Polish pulp fiction published before WWII, a database with scans of all the issues of the "Organ" (an art bimonthly published in the Polish territory between 1910 and 1915), as well as a "Silver Screen" database of sources devoted to the film culture of the interwar period in Poland. Three books were published: a monograph by Łukasz Biskupski, entitled Kinofilia zaangażowana. Stowarzyszenie miłośników filmu artystycznego „Start” i upowszechnianie kultury filmowej w latach 30 XX w. [Engaged Cinephilia. The "Start" Association of Art Film Lovers and the Dissemination of Film Culture in the 1930s], a collection Papierowi bandyci. Wypisy z polskojęzycznych powieści obiegu brukowego do 1939 r. [Paper Bandits. Selections from pre-1939 Polish-Language Pulp Fiction Novels], edited by Łukasz Biskupski and Monika Rawska, and an anthology of primary sources, Teatry dla masowej publiczności [Mass-Audience Theatres], edited by Piotr Olkusz and Monika Wąsik. We also handed out awards for the best MA and BA theses devoted to Polish popular culture in the interwar period.

Project title : History of popular culture in Poland in the first half of the 20th century from the perspective of transmediality

Cultural scholar, Dean of the Faculty of Social Sciences and Humanities at the SWPS University. His research interests include relations between media and cultural practices, cultural studies theory and media archaeology. He has coordinated numerous research projects, such as "Młodzi i media”, "Tajni kulturalni”, and "Obiegi kultury”. He is the author of the following books: "Wirtualny plac zabaw. Gry sieciowe i przemiany kultury współczesnej” ["A Virtual Playground. Online Games and the Transformations of Contemporary Culture" (2006), "Media, wersja beta” ["Media, Beta Version"(2014), and, together with Alek Tarkowski, "Dwa zero. Alfabet nowej kultury i inne teksty” [Two-Zero. The Alphabet of New Culture and Other Essays] (2015). 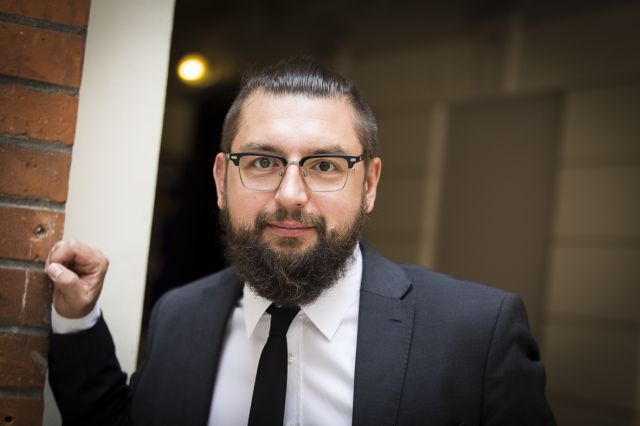