Because of their multiple applications in various areas of life, lasers are crucially important for science and industry. They are capable of emitting light pulses of incredibly short duration, of the order of femtoseconds (where 1 femtosecond equals 10-15 of a second). Not everyone knows this, but even the touchscreens of our smartphones, which are made of very hard glass, are cut with femtosecond lasers. In scientific parlance, devices of this type are known as passive-mode locked lasers. 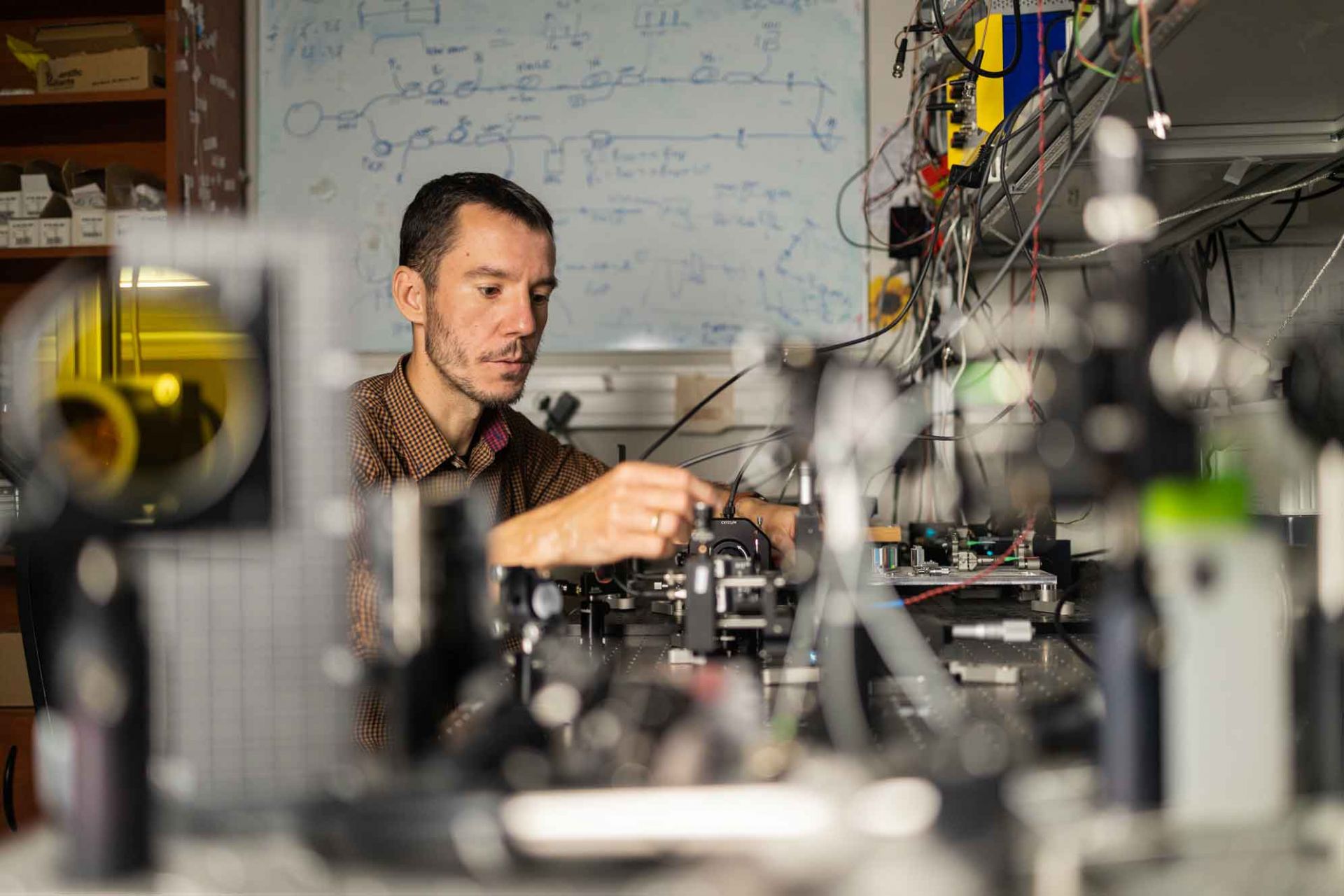 Photo by Michał Łepecki Naturally, scientists have invested a lot of effort to try and develop lasers that would generate pulses with an even shorter duration and higher power, as well as minimal complexity and low final device manufacturing costs. A basic factor that constrains the duration of a laser pulse is known as chromatic dispersion. Chromatic dispersion is a phenomenon in which an initially sharp pulse is blurred out as it travels through a medium, such as an optical fiber. To generate shorter pulses, we need to apply special compensation mechanisms. 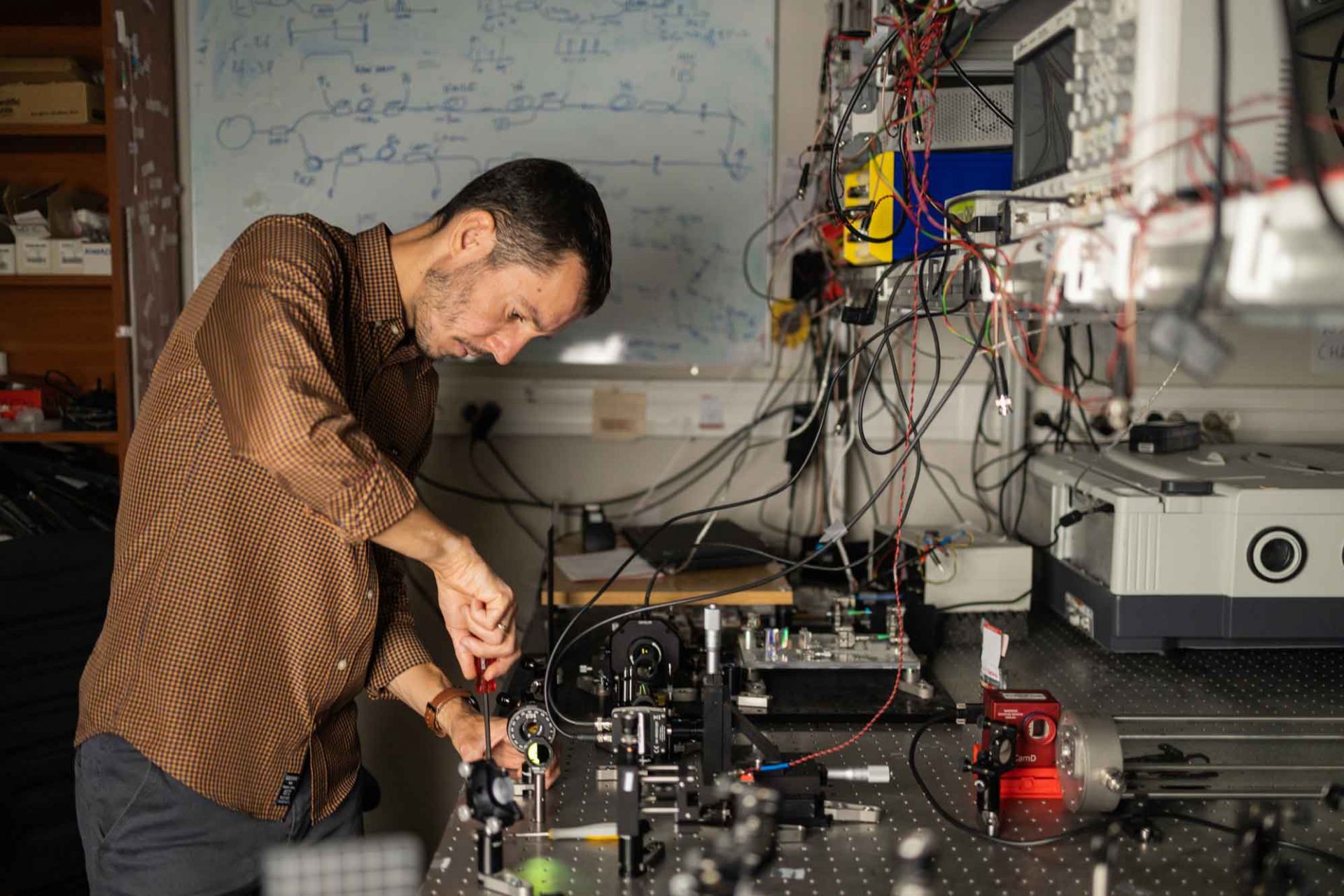 Photo by Michał Łepecki Fiber optic lasers are a special group of lasers, in which the light is “trapped” in optical fibers. The wavelength of the emitted light beam (or, more commonly, its colour) depends on the kind of doping used in the manufacturing of the fiber. For instance, lasers that use thulium-doped fibers (thulium being a lanthanide element) emit optical beams in the middle infrared spectral range, invisible to the human eye, i.e. c. 1800-2100 nanometres. This range is known as the eye-safe wavelength range, because it is absorbed by the cornea and the vitreous body before it can reach and damage the retina. Lasers of this type could thus have a variety of new applications, e.g. in rangefinders, sensors, and optical communications, but, above all, in medicine (esp. in dermatology) and spectroscopy. Laser light in the 1800-2100 nm range is very strongly absorbed by water, which facilitates the incision or selective elimination of various tissues. Importantly, the 1800-2100 nm range also corresponds to the absorption lines of two basic greenhouse gases, i.e. carbon dioxide (CO2) and nitrous oxide (N2O). As a result, our research may contribute to developing highly sensitive systems for detecting trace quantities of these molecules in the atmosphere. Such applications are very important in the context of the growing greenhouse effect, which requires us to monitor our emissions and recapture carbon dioxide.

Our project looked into the possibility of generating ultrafast pulses with thulium-doped fiber lasers, using various dispersion compensation techniques. The structure of these lasers opens up brand new applications in real-world settings outside the lab, which often require high reliability and insensitivity to external interference. We were able to demonstrate the world’s first thulium-doped all-in-fiber laser with zero dispersion, using graphene as a pulse-forming material, and generated pulses of c. 200 fs. Before the project, it was believed that graphene could not generate pulses in such conditions because of its low optical damage threshold. We also developed a thulium-doped fiber laser with the broadest recorded emission spectrum of up to 100 nm, which may be incredibly important for spectroscopy applications, since it will allow, e.g. systems capable of monitoring the atmospheric levels of many chemical compounds at the same time to be designed. Apart from creating devices for important practical applications, the project also contributed to increasing our knowledge of the phenomena that occur in thulium-doped lasers.

Affiliated with the Wrocław University of Science and Technology, where he works as a professor. His research interests focus on laser technology and, in particular, on generating ultrashort laser pulses. Since 2018, he has headed a research team working, e.g. on developing optical frequency combs for the purposes of laser spectroscopy and biomedical imaging lasers. He has won many awards and distinctions, including the Polish Prime Minister’s Award.> 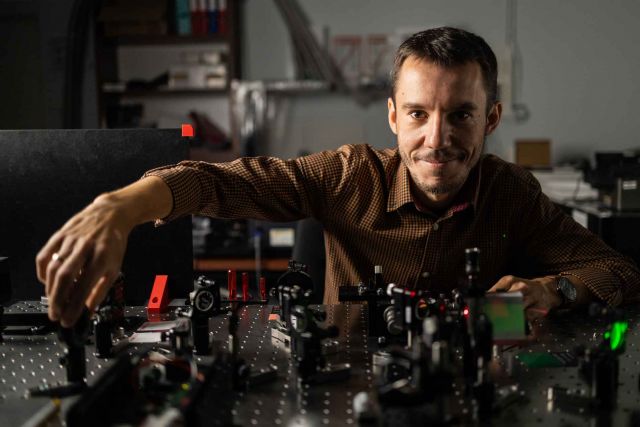