Cultural mobility between interwar artistic and literary avant-garde groups from Poland, Belgium and the Netherlands

The project was devoted to cultural mobility between interwar artistic and literary avant-garde groups from Poland, Belgium and the Netherlands. My analysis and description of the complex history of their direct relations, as well as the processes of exchange, absorption and adaptation of programs, aesthetics and artistic ideas between selected centres, were based on a broad research corpus, which included Polish, Dutch, French and German journals, publications and letters, collected in several dozen European and American archives. As a case study of modernist cultural mobility, I reconstructed and analysed the processes of two-way cultural transfer and exchange, which helped round out the picture of interwar relations between Poland and the Low Countries, in particular in the area of avant-garde literature, art and architecture. 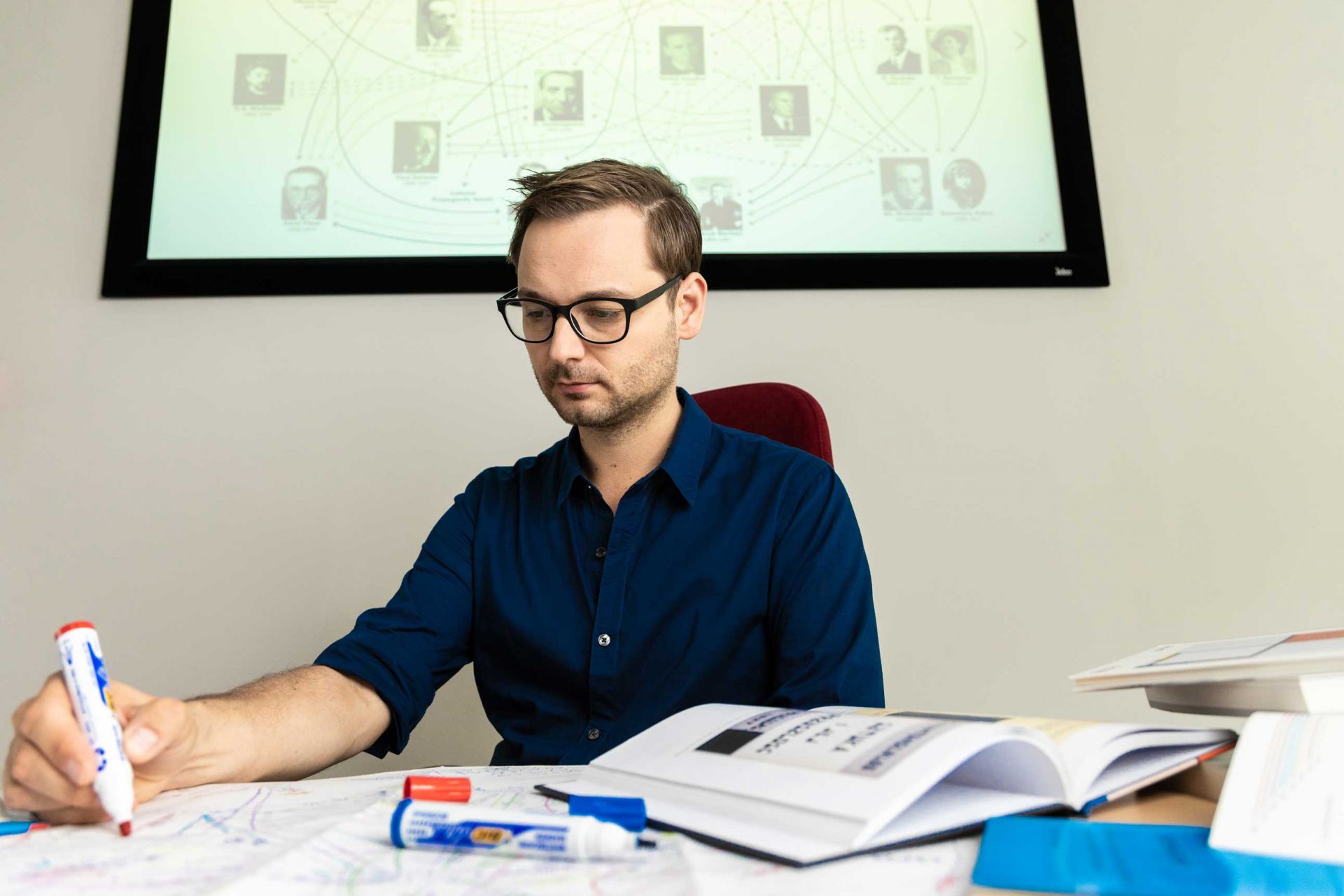 Photo by Michał Łepecki The avant-garde journals I analysed, e.g. Zwrotnica, Blok, Praesens, De Stijl, Het Overzicht, 7 Arts, and their representatives formed an exceptional, supranational network that brings to mind the dynamics and multidimensionality of contemporary social media. Within this network, modernist ideas and innovations circulated in the form of manifestos and other critical literary texts, as well as new formal and aesthetic solutions in painting, sculpture and architecture. The exceptional nature of this avant-garde network, which transcended state borders and genre boundaries, required an innovative, interdisciplinary approach that straddled literary studies, social sciences and the history of art and architecture.

The project reconstructed and characterized direct relations between individual artists, groups and journals of Polish, Belgian and Dutch provenance, showing that the intensity of two-way exchange between them was greater than previously thought. The analysis of programmatic texts published in these journals attested to their important affinities and relationships, providing evidence for the considerable cohesion and exceptional dynamics of the interwar avant-garde network, which transcended the barriers of language, culture and geography. The texts of visual culture, such as art and architecture reproductions published in these journals, revealed yet another dimension to Polish-Belgian and Polish-Dutch cultural mobility, i.e. the bidirectionality of the exchange in this field. 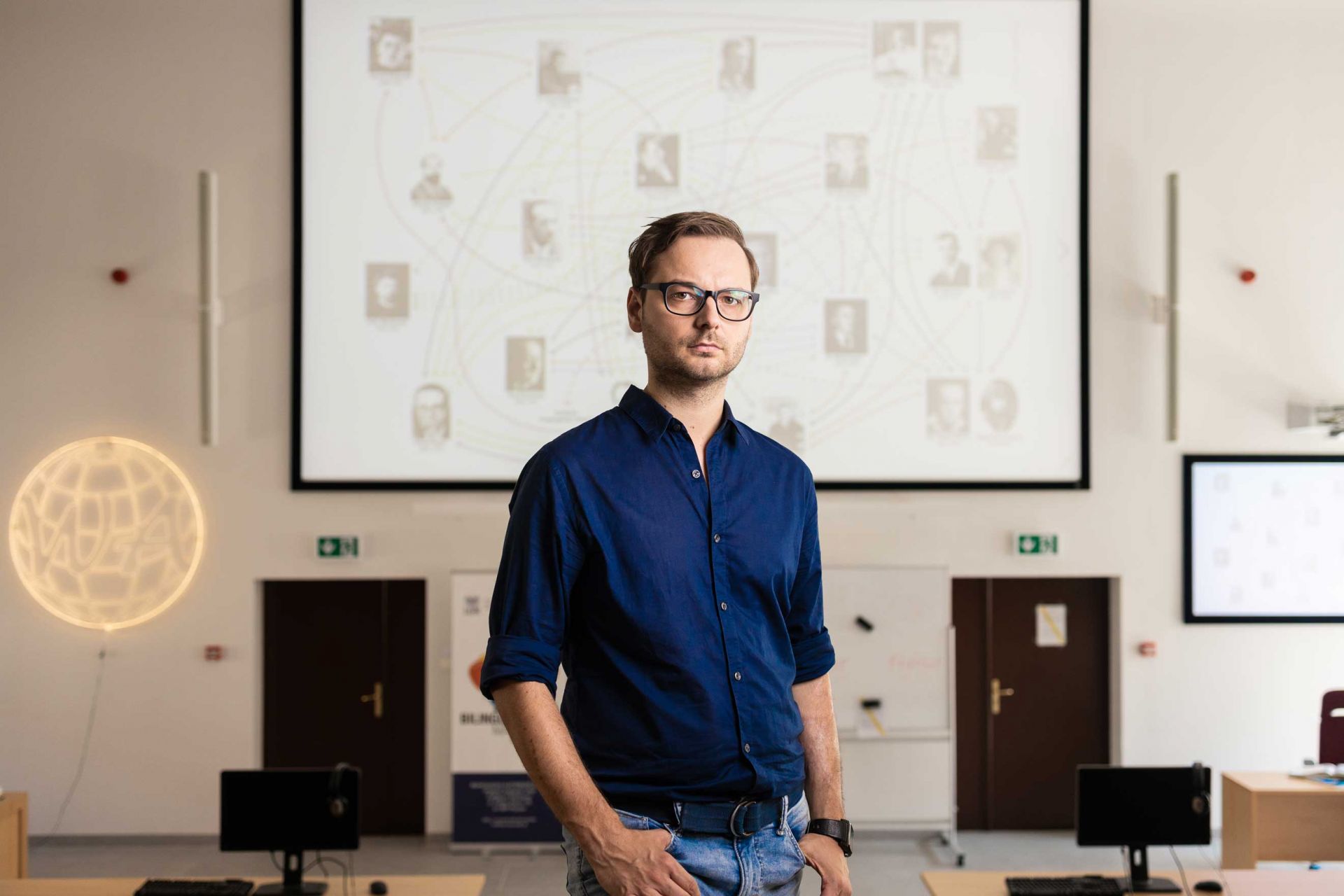 Photo by Michał Łepecki The results of the project were presented, e.g. in a monograph entitled Cultural Mobility in the Interwar Avant-garde Art Network: Poland, Belgium and the Netherlands, published by Routledge Press, several articles, conference papers and guest lectures, e.g. at the Sorbonne, Harvard University, the Kassak Museum in Budapest and Museum Sztuki in Łódź. They were also presented at an exhibition Organizatorzy życia. De Stijl, polska awangarda i design [Organizers of Life. De Stijl, Polish Avant-Garde and Design], featuring a work I created to illustrate the network of connections between the members of Polish and Dutch avant-garde.

Photos taken at the English Department of the Adam Mickiewicz University in Poznań.

Project title : Mutual relations and cultural exchange within the constructivist avant-garde network in Poland, Flanders and the Netherlands in the 1920s. A case study in European modernist mobility in the interwar period

Dutch philologist, translator and architect. Assistant Professor at the Faculty of English of the Adam Mickiewicz University in Poznań, where he studies the mutual influences and relationships between Polish, Dutch and Belgian artists in the fields of literature, art and architecture. He is the author of a number of publications devoted to issues such as Dutch settlements in Poland, the interwar literary and artistic avant-garde and the cultural exchange between Poland and the Netherlands during the Cold War period. He is currently a principal investigator under an OPUS project entitled “Sztuka a polityka: polsko-holenderska wymiana kulturalna w okresie zimnej wojny (1945-1989) w obliczu polityki zagranicznej” [“Art and Politics: Polish-Dutch cultural exchange during the Cold War (1945-1989) in the face of foreign policy”]. 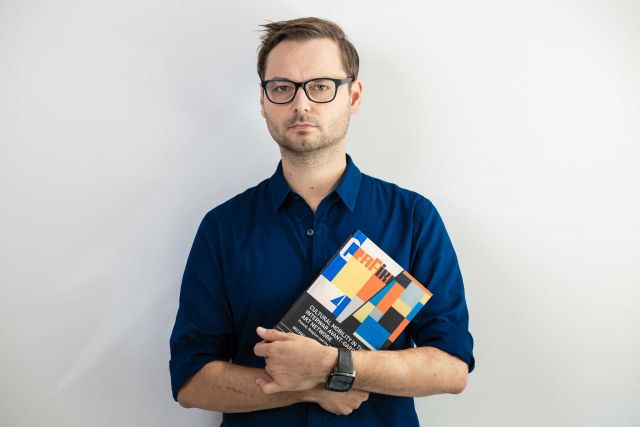