The project investigated a new type of light perception known as two-photon vision. Two-photon vision allows the human eye to perceive infrared short-pulse laser beams, which are seen in a colour that corresponds to approximately half their wavelength. 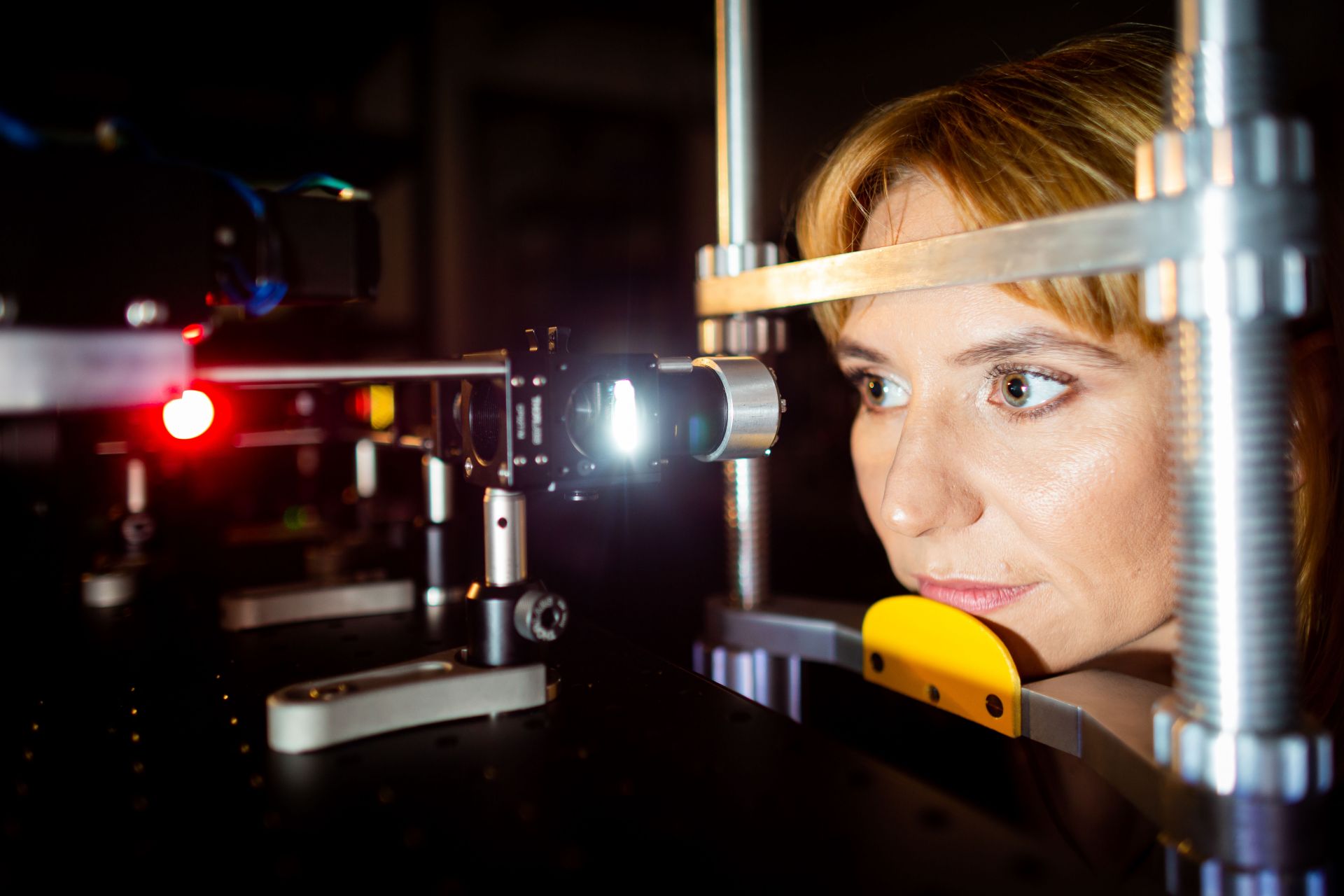 fot. Michał Łepecki The main goal of the project was to describe the process of two-photon vision by collecting quantitative experimental data that would allow it to be compared with normal vision. We conducted a series of experiments to determine the absolute threshold for the detection of short-pulse laser beams of various known parameters, such as spectrum, impulse duration and repetition frequency. Knowing the square relationship between the brightness of a two-photon stimulus and mean beam power (shown in published papers) and the safety level required by relevant standards, we can identify the maximum brightness of a given laser in a comparison with one-photon sources.

The brightness of a one-photon light source is measured in photometric units: candelas, lumens and lux. These units are not used for two-photon vision, because we still do not know the sensitivity of the human eye to the process. Future applications will probably require a definition of “two-photon” candelas, lumens and lux, and the findings of our project may be viewed as a first step toward that goal.

Two-photon microperimetry, or the method of measuring the visual field by way of two-photon stimuli, is currently leading the way among the possible clinical applications of two-photon vision. Experiments conducted within the project’s framework indicate that the technique allows the threshold of vision to be determined with greater accuracy, which means it may assist or even replace traditional microperimetry in the future. Fibre-optic laser technology makes short-pulse light sources potentially cheap, compact and resistant to external conditions and, consequently, easier to employ in future clinical devices. During the project, prototypes of two-photon microperimeters were successfully used in patients with glaucoma, AMD and cataract at the university hospital in Heidelberg and in the Oculomedica clinic in Bydgoszcz.

Virtual/augmented reality could be yet another application. The non-linear relationship between the brightness of the stimulus and beam power may be beneficial in this context, because it enables a greater dynamic scope of contrast. The hypothesis, however, requires further research, which will be continued in the future.

Dr inż. Katarzyna Komar graduated in technical physics from the Gdańsk University of Technology and went on to earn a PhD at the Institute of Fluid-Flow Machinery at the Polish Academy of Sciences. Initially, she focused on the applications of laser spectroscopy techniques in heritage diagnosis. Since 2011, she has worked at the Department of Physics of the Nicolaus Copernicus University in Toruń, and, since 2020, at the International Centre for Translational Eye Research in Warsaw. Since 2011, her research interests have focused on functional and imaging eye research. In particular, in 2014, she turned her attention to two-photon vision, i.e. the perception of near-infrared short-pulse laser beams based on two-photon absorption in visual pigments. In her work, she focuses on the construction of optical systems and developing psycho-physical methods for studying two-photon vision and integrating them with eye imaging systems.

At both stages of her career, she has taken part in research projects funded from domestic and international sources. She has completed several research fellowships and various study visits at the following centres: Case Western Reserve University in Cleveland, USA; University of California, Irvine, USA; Heidelberg University, Germany and University of Murcia, Spain. Between 2017 and 2020, she was a principal investigator under an NCN-funded OPUS project devoted to two-photon vision. 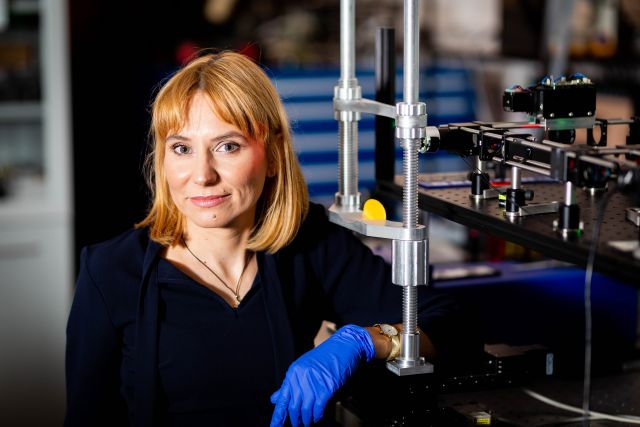