Nubian Monasticism – far off the beaten track… of a research career

I would like to start off by describing the impact of the project on my research career, which has not taken a very typical path. I was never hired by an university after my MA defence, not even after my PhD; I conducted research without a formal affiliation with any academic institution. Getting a university position as part of the grant allowed me to fully devote myself to my studies and served as an incredibly important catalyst for my academic career. After winning the NCN call, I went on to secure more grants, first from the Qatar Museum Authorities, and finally, the European Research Council (ERC). This shows that creating funding opportunities for people from outside the university system contributes to increasing the competitive edge of research and improves its quality. People who cannot, for different reasons, carry out their research at an university, do not need to fall through the cracks and look for jobs outside the field of research, but can compete with colleagues who were more fortunate at the beginning of their careers. 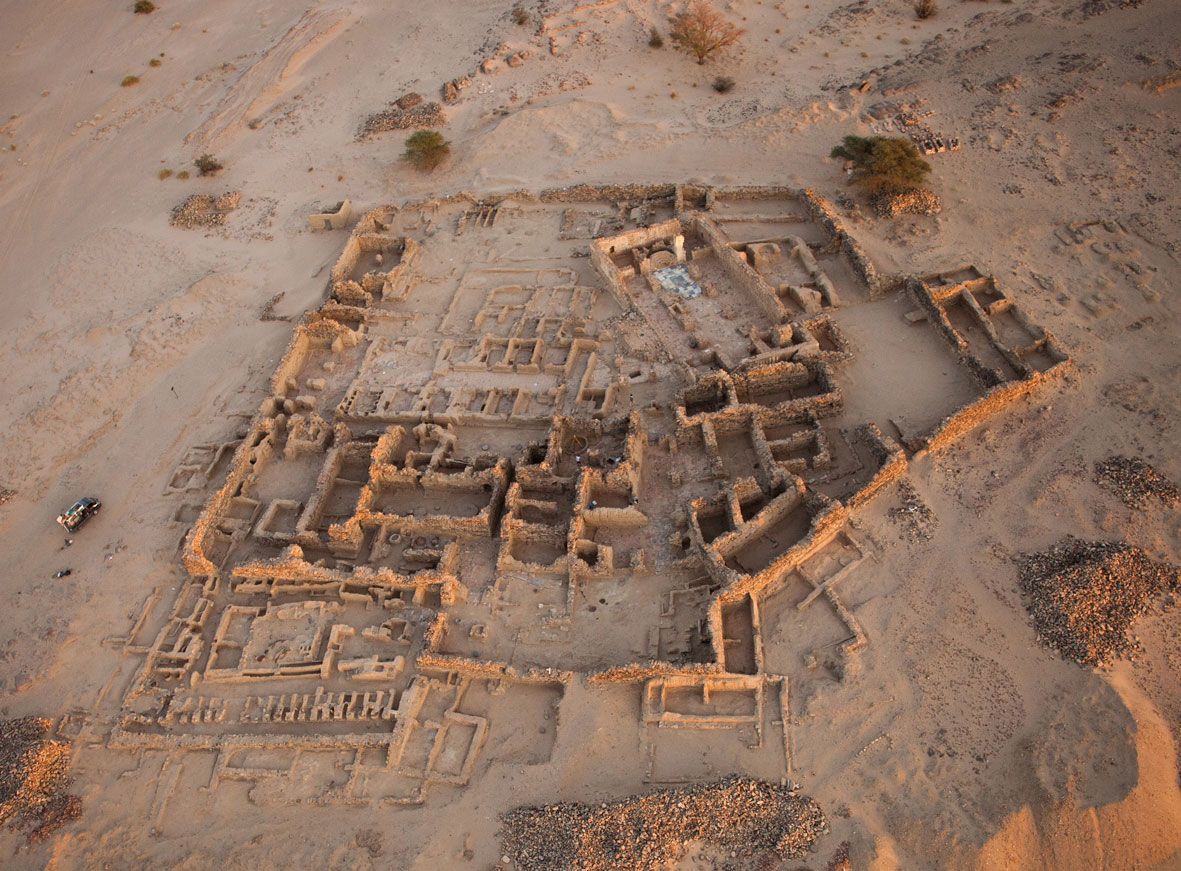 Churches in Ghazali. Photo by Miron Bogacki Another important advantage of the Polish granting system is its similarity to that employed by the ERC. This allows researchers to gain considerable experience in preparing projects intended for the most prestigious European funding schemes. For me personally, taking part in the NCN call served as a stepping stone to an ERC Starting Grant and my subsequent habilitation. This personal story demonstrates that the introduction of an open granting system and the foundation of the NCN were among the most important, positive changes in 21st-century Polish research. There is a fly in this ointment as well, however. The system works too well – in many fields, NCN grants almost completely satisfy the demand for research projects. This is one of the reasons why so few Polish researchers apply for ERC grants.

My project was devoted to the role of religious institutions in ancient Nubia. Polish scholars, such as Professor Ewa Wipszycka, have long been in the vanguard of research into monasticism in the Nile Valley. We have excavated and participated in archaeological digs in various monasteries, both in Egypt and Nubia. However, while the Polish school published excellent monographs on monasticism in Egypt, which have since made it into the canon of the field, there was a lack of similar sources on Nubia. My archaeological research at the Ghazali monastery was designed to fill this gap and enrich the synthesis with a comparative perspective. I wrote the first comprehensive study of Nubian monasticism, entitled “Monasteries and Monks of Nubia”, to complement Professor Wipszycka’s “The Second Gift of The Nile, Monks and Monasteries in Late Antique Egypt”. Thanks to this monograph and the articles I published in the renowned Monastic Institute of the Pontifical Athenaeum of Saint Anselm in Rome, as well as in journals such as the “Journal of Archaeological Science”, “Archaeometry”, or the “The Encyclopedia of Ancient History: Asia and Africa”, and the Routledge series, information about the phenomenon can now be included in further syntheses and bring the discipline, until now dominated by Polish researchers, into the international arena. 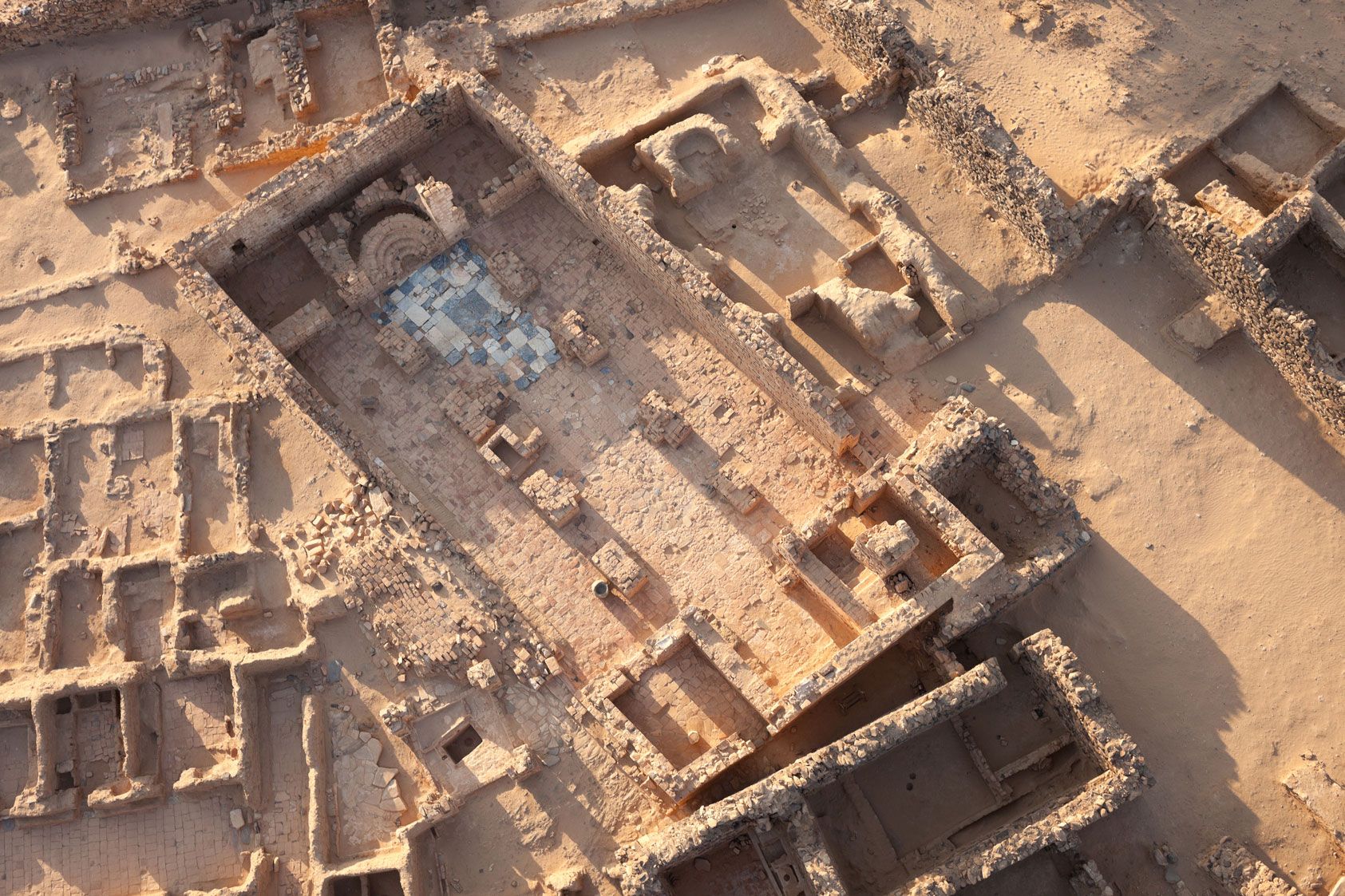 Churches in Ghazali. Photo by Miron Bogacki My research shows that all monastic forms, from individual asceticism to coenobitism, were present in Nubia. Archaeological sources also suggest that the relationship between the monastic movement and the elites of Makuria was extremely strong. Monks were employed in royal administration and it is mainly from their ranks that bishops were usually recruited; there are also reports of kings who abdicated to take up an ascetic life. Nubian monasticism, not unlike Christendom at large, was inspired by Egypt, but Nubians also looked for new ideas further up north, in Palestine, Syria and Constantinople. Monasteries played an important role as centres of education and royal administration offices. They also had a major economic function as one of the greatest institutional consumers at the local level. Monks engaged in charitable work and medicine, and contributed to the growth of civilization, e.g. by promoting the knowledge of iron manufacturing.

The monograph “Monasteries and Monks of Nubia” was published in open access and has been downloaded by nearly 3000 people thus far. This is yet another success of the granting system to which the NCN contributes.

Project title : Nubian Monasticism. The role of religious institutions in the peripheries of the Byzantine world

Archaeologist, expert in Nubiology, particularly interested in Nubian monasticism and social and religious transformations in Northeast Africa and the Near East. He has headed an archaeological expedition to Old Dongola and Ghazali in Sudan. He is the first Polish archaeologist to receive a grant from the European Research Council (ERC Starting Grant), the President of the International Society for Nubian Studies and Head of the Polish Centre of Mediterranean Archaeology, University of Warsaw. He promotes the idea of socially responsible archaeology and the engagement of local communities in cultural heritage management. 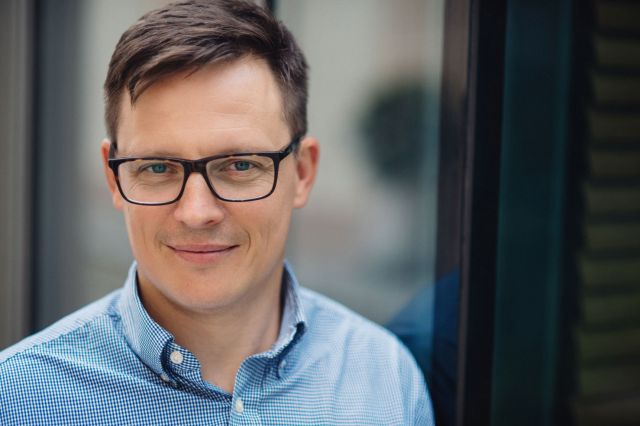