“Even though we are now living in an era of digital reality and conquering of outer space, research into the human past is still needed and important. This award confirms me in my belief that my work matters and has an audience”, says Dr Paweł L. Polkowski, one of the winners of the 2021 NCN Award.

The NCN Award is given to young researchers from Polish research centres in three categories. Dr Paweł L. Polkowski, an archaeologist employed at the Archaeological Museum in Poznań and the Polish Centre for Mediterranean Archaeology of the University of Warsaw, won an award for his work in arts, humanities and social sciences. The winner for life sciences was Dr hab. Sebastian Glatt from the Malopolska Centre for Biotechnology of the Jagiellonian University, while Professor Yonatan Gutman from the Institute of Mathematics of the Polish Academy of Sciences triumphed in physical sciences and engineering.

The ceremony was held on 6 October in the Gallery of 19th-century Polish Art in the Sukiennice. The statuettes and diplomas were also handed out to last year’s winners: Professor Jakub Growiec, Professor Wojciech Fendler, and Dr hab. Michał Tomza. In 2020, the awards ceremony did not take place due to the pandemic situation.

Dr Paweł L. Polkowski studies the rock art of Egypt and Sudan, as well as other issues related to iconography, landscape and theory in archaeology. He ranks as one of the most competent researchers of North African rock art in the world.

Petroglyphs are figurative representations on rocks and boulders, created with techniques such as carving or picquetage. They were created inside the oasis, as well as in the surrounding Western Desert, over thousands of years. The most important aspect of Dr Polkowski’s research, in his own words, involves “an attempt to weave rock art into a broader narrative of the past landscape of the oasis”. “My research shows that the meaning and function of rock art varied between different periods. My job is to consider the role of this creative endeavour in the process of transmitting knowledge about the world and to study the ontological status of rock art and the creatures that it depicts. I also look into the rock carvings of the Pharaonic period, many of which were created by people travelling across the desert”, he explains.

Prof. Yonatan Gutman works in dynamical systems theory, especially topological dynamics and ergodic theory. He won the NCN Award for a collection of six extensive papers published between 2019 and 2021, which addressed a series of problems on the borderline between dynamical systems theory, ergodic theory and classical topology. His results, especially those concerning the optimal dimensions for embedding dynamical systems into Hilbert cubes and the theory of nilspace structures, are now considered as groundbreaking. As specified in the nomination, the problems tackled by Professor Gutman “aroused active interest among top, world-class mathematicians, and their proposed solution deserves great recognition”.

“The movement of balls on a billiards table, the motion of gas particles in a container and the evolution of stock price in the stock market are all examples of dynamical systems. To analyse systems in mathematics, we first need to create abstract models. This means some information must be kept and some discarded. For example, we need to decide whether we want to represent a gas particle as a point, a sphere or a more complex structure. By discarding certain data that describe the real world, mathematicians are able to see the ‘general picture’ and discover universal principles”, he explains.

“My research group specializes in studying the three-dimensional structure of proteins and nucleic acids with the aid of cryoelectron microscopy and crystallography. Distinctions such as the NCN Award may be received individually, but they are always won by team effort”, says Dr hab. Sebastian Glatt. Peers who nominated him for the award listed as many as four achievements: Dr hab Glatt discovered the spatial structure and mechanism of action of the elongator protein complex, described the mechanism of tRNA modification by the elongator complex, defined the structural and functional features of eukaryotic tRNA-modifying complexes, described the structure and function of their components and established a link between their mutations and the risk of neurodevelopmental and neurodegenerative disorders.

Dr hab. Sebastian Glatt completed his studies and earned his PhD at the University of Vienna. He then conducted research at the European Laboratory of Molecular Biology in Heidelberg. Since 2015, he has worked at MCB UJ and headed the Cryo-EM lab team at the National Centre of Cryoelectron Microscopy. He has initiated a fruitful cooperation with researchers from other centres in Poland, Germany, France, Belgium, Switzerland and Australia.

Glatt has won many grants, including the ERC Consolidator Grant, the EMBO Installation Grant, two NCN grants and the First Team and TEAM-TECH Core Facility FNP. His research results have been published in Nature Communications, Nature Structural Molecular Biology, Genes & Dev, Nature and Cell, to name but a few.

This year, more than 600 researchers were eligible to nominate candidates for the NCN Award from among researchers born in and after 1980. There were 71 nominations in total. The winners will receive an award of 50 thousand PLN each.

2020 and 2021 NCN Award winners will deliver lectures for the general public, organized by the National Science Centre in cooperation with the Copernicus Center, which will be available for viewing at: https://www.youtube.com/user/CopernicusCenter. The first lecture is scheduled for 20 October; the other two will follow in November and December.

The awards ceremony was held under the auspices of Nauka w Polsce PAP and Forum Akademickie. 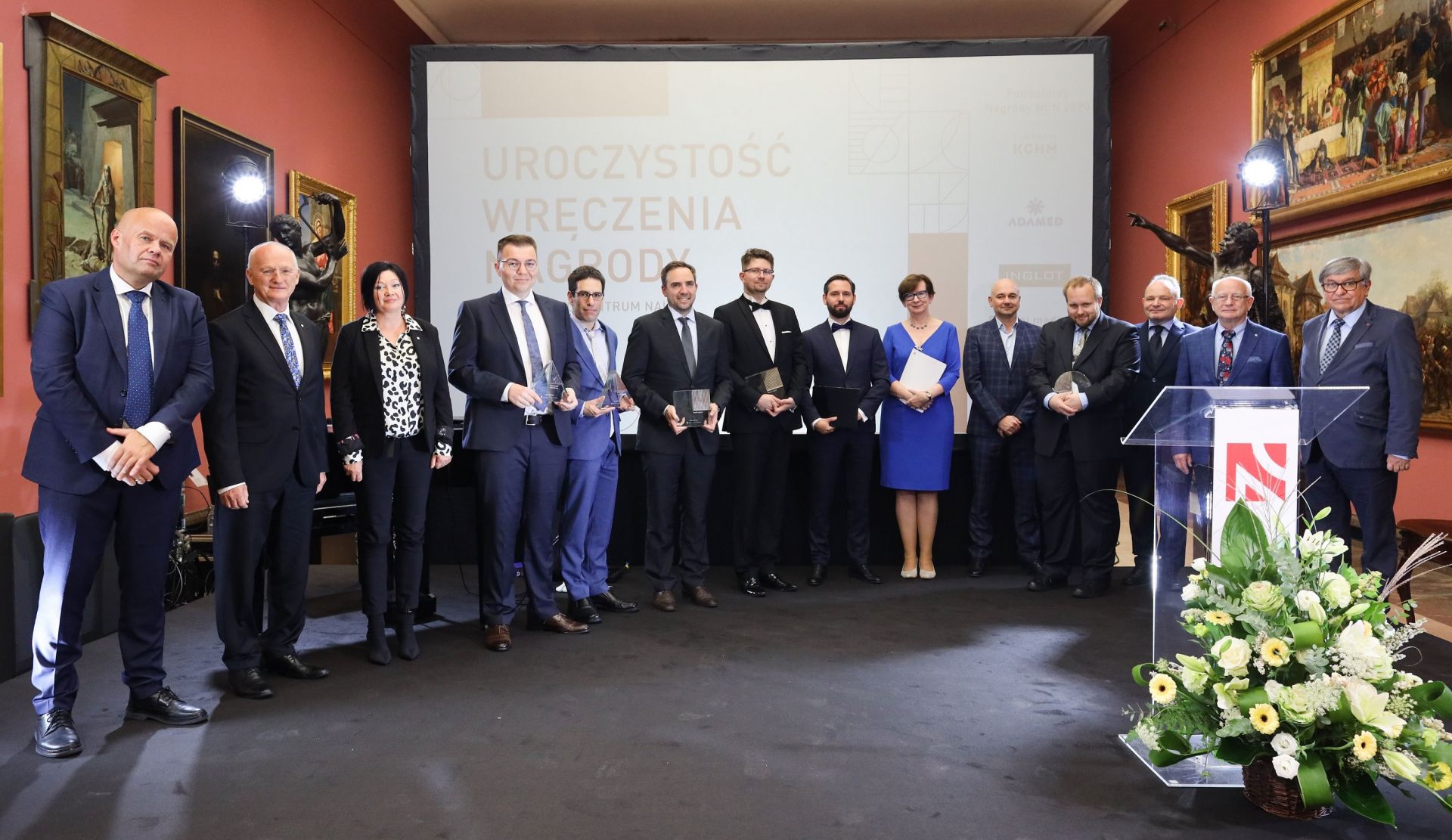