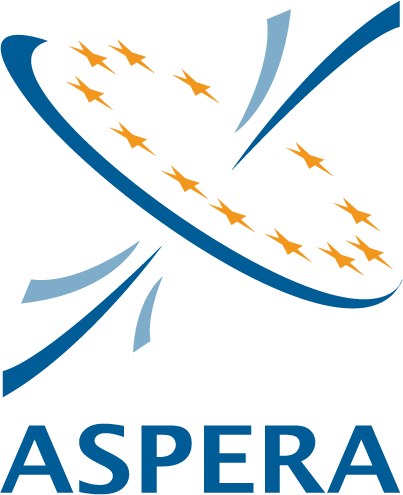 ASPERA-2 (AStroParticle ERA-net) was a European network of institutions coordinating and financing research within the field of Astroparticle Physics. Astroparticle Physics is a field of research where particle physics, astronomy, astrophysics and cosmology converge. It addresses the fundamental questions like the nature of dark matter and dark energy, the physics of the Big Bang, the stability of protons, the properties of neutrinos and their role in cosmic evolution, the interior of the Sun or supernovae as seen with neutrinos, the origin of cosmic rays, the nature of the Universe at extreme energies and violent cosmic processes as seen with gravitational waves.

It was launched in 2006 within the ERA-NET scheme of the European Commission. With its objectives covering all aspects of a major research endeavour (networking of agencies, creating an interface for exchanging knowledge with fields other than astroparticle physics, development of projects and strategies, funding research, facilitating communication etc.),  the main achievements of ASPERA have been the development of the European strategy for Astroparticle Physics and the preparation of a roadmap for this research field. ASPERA-2 terminated its activities in 2012.

The NCN joined ASPERA-2 in 2011 and participated in the organisation of a call for proposals Targeted R&D and design studies in view of realisation of future Astroparticle Physics research infrastructures.

This call is the third of a series of common calls for R&D and design studies for the realisation of future Astroparticle infrastructures identified in the ASPERA Roadmap and is targeted towards future neutrino detectors and third generation interferometers (the Einstein Telescope).

Research team: composed of research teams from at least 3 countries participating in the call

Countries participating in the call:

Project duration: up to 3 years

Polish project awarded within the call:

Networking and R&D for the Einstein Telescope