Electrospinning is one of the most popular and widely used methods for producing polymer fibres, through which they can be obtained from a wide range of polymers. In the process, a high-voltage power supply is connected to a nozzle with a polymer solution; the resulting high electrostatic field causes the polymer jet to stretch, while the solvent evaporates. The electrospun fibres are deposited collector usually situated below the nozzle. With the optimal settings, electrospinning allows the production of a variety of fibres, membranes and scaffolds with very specific surface properties for use in tissue engineering. Thanks to their high porosity (up to 95%), electrospun scaffolds closely mimic the natural extracellular matrix; this allows cells to migrate and proliferate inside the scaffold and help to regenerate tissue. In addition, changing voltage polarity during electrospinning will also change the orientation of polymer chain molecules near the surface of the fibres, modifying the chemical composition of the surface and, in consequence, its electric potential.

Our project studied the impact of fibre surface properties, such as surface charge, roughness and porosity, on cell behaviour and bone regeneration. Specifically, we looked at the surface properties of electrospun polycaprolactone (PCL) and polyvinylidene fluoride (PVDF) fibres intended for biomedical applications. The objective was to enhance the surface properties of electrospun fibres without having to modify them. This can be achieved by changing the voltage polarity applied to the nozzle during the electrospinning of polymer fibres, to control their surface chemical composition.

The surface potentials of polymer fibres were measured by Kelvin probe force microscopy (KPFM) and X-ray photoelectron spectroscopy (XPS) was employed to analyse their chemical composition. 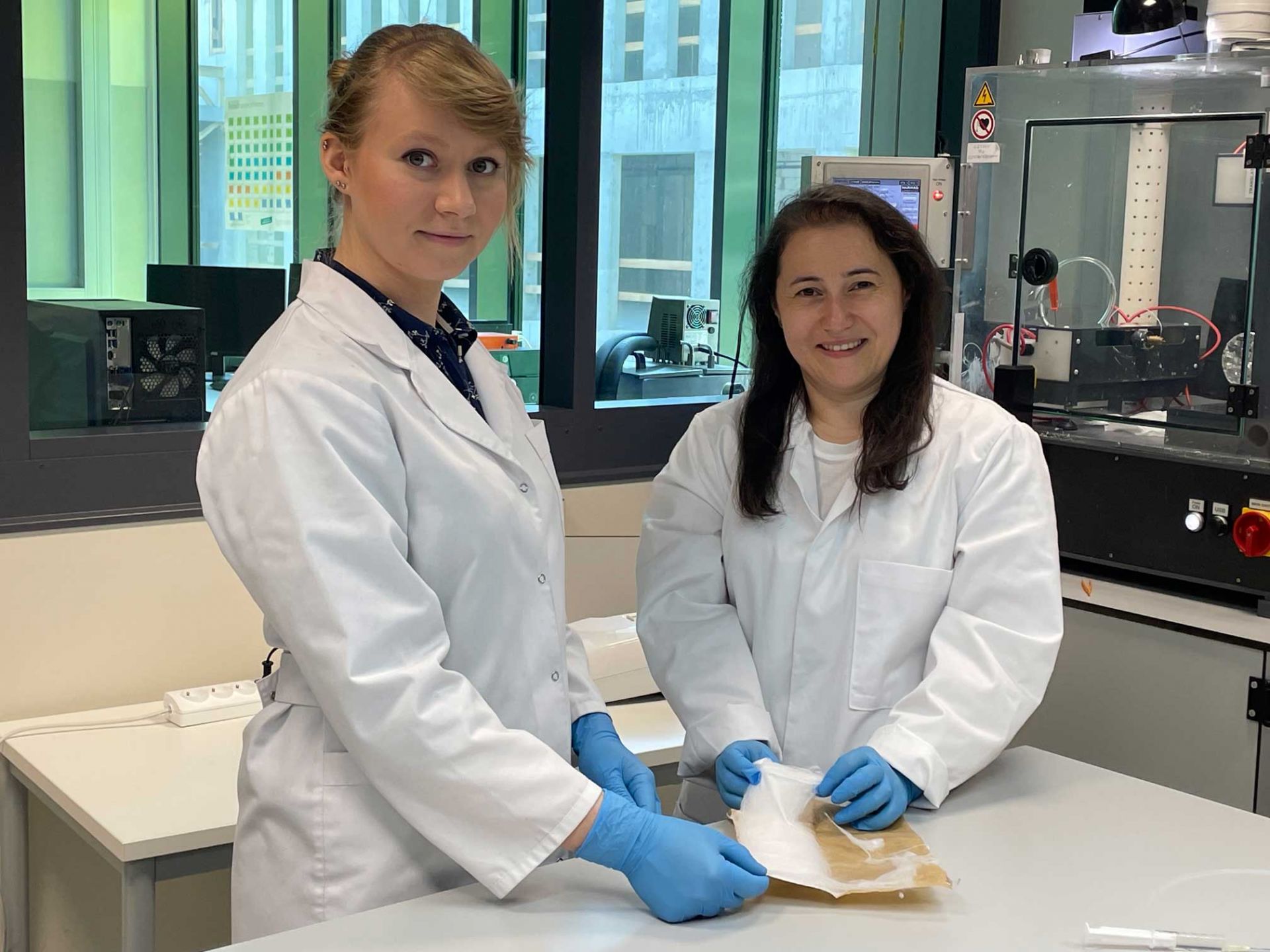 Urszula Stachewicz and Ewa Sroczyk demonstrate a sample mat made of electrospun fibres. Photo by Daniel Ura Our findings suggest that the voltage polarity applied in electrospinning changes the surface chemical composition of the resulting fibres. This is caused by a change in the orientation of the functional groups of the polymer chain, as well as an increase in the concentration of oxygen groups on the surface of PCL fibres and fluorine groups on PVDF fibres. When the surface potential of PCL and PVDF fibres was increased, this fuelled the proliferation of cells, increased cell adhesion to the fibres, boosted the production of collagen, and accelerated the mineralization process necessary for bone tissue regeneration. Importantly, the project also used advanced microscopy to describe the fibres and create 3D models of cells integration with fibre scaffolds. The findings of our research into PVDF scaffolds were published in “ACS Biomaterials Science and Engineering” (DOI:  10.1021/acsbiomaterials.8b01108). Our microscopy micrograph of a cell on a fibre scaffolding was chosen to appear on the front cover of the journal. Another microscopy micrograph showing a cell attached to PCL fibres, was selectedfor the inside cover of “Advanced Materials Interfaces” (DOI:10.1002/admi.201801211), where our research results were also published.

SONATA 8 was the first project grant from NCN, I have written and won soon after I returned to Poland in 2014 to work as an Assistant Professor at the AGH University of Science and Technology. This project was incredibly important for me as it allowed me to purchase the first electrospinning set-up with a climate control chamber at the AGH University and initiate a new line of research at the Faculty of Metals Engineering and Industrial Computer Science. Sonata 8 gave me the opportunity for developing a range of new research ideas and helped to create a research group devoted to polymer fibres, intended not only for tissue engineering applications, but also for water and energy harvesting applications. This experience and the contacts I forged during this project enabled me to apply for further funds from the NCN and the FNP, as well as to develop my ERC grant proposal, which evolved during my work at the AGH. I have been awarded with the ERC BioCom4SavEn grant in 2020.

She is currently an Associate Professor at the AGH University of Science and Technology in Kraków, working at the Faculty of Metals Engineering and Industrial Computer Science. She graduated from the Delft University of Technology with a PhD in electrohydrodynamics of liquids, while conducting research at Philips Research Laboratories in Eindhoven in the Netherlands. She completed her postdoctoral research at the Queen Mary University of London, UK and worked in the spin-out company, Nanoforce Technology Ltd., in the area of electrospun polymer fibres. In 2018, she was a Visiting Fellow at the University of Cambridge, at the Department of Materials Science and Metallurgy, and in 2020, was awarded with a prestigious ERC Starting Grant. Her research focuses on polymer materials for biomedical and water and energy harvesting applications. 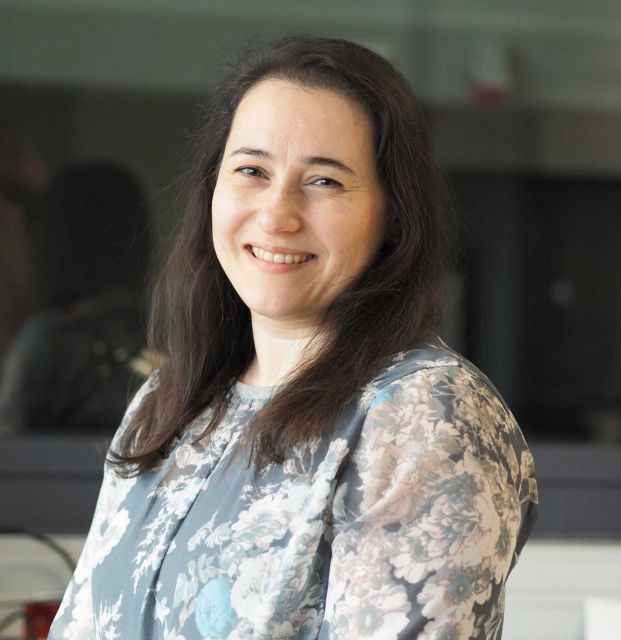