Weird Geometry and Protein Cages or What Connects Viruses and RPGs

Weird Geometry and Protein Cages or What Connects Viruses and RPGs 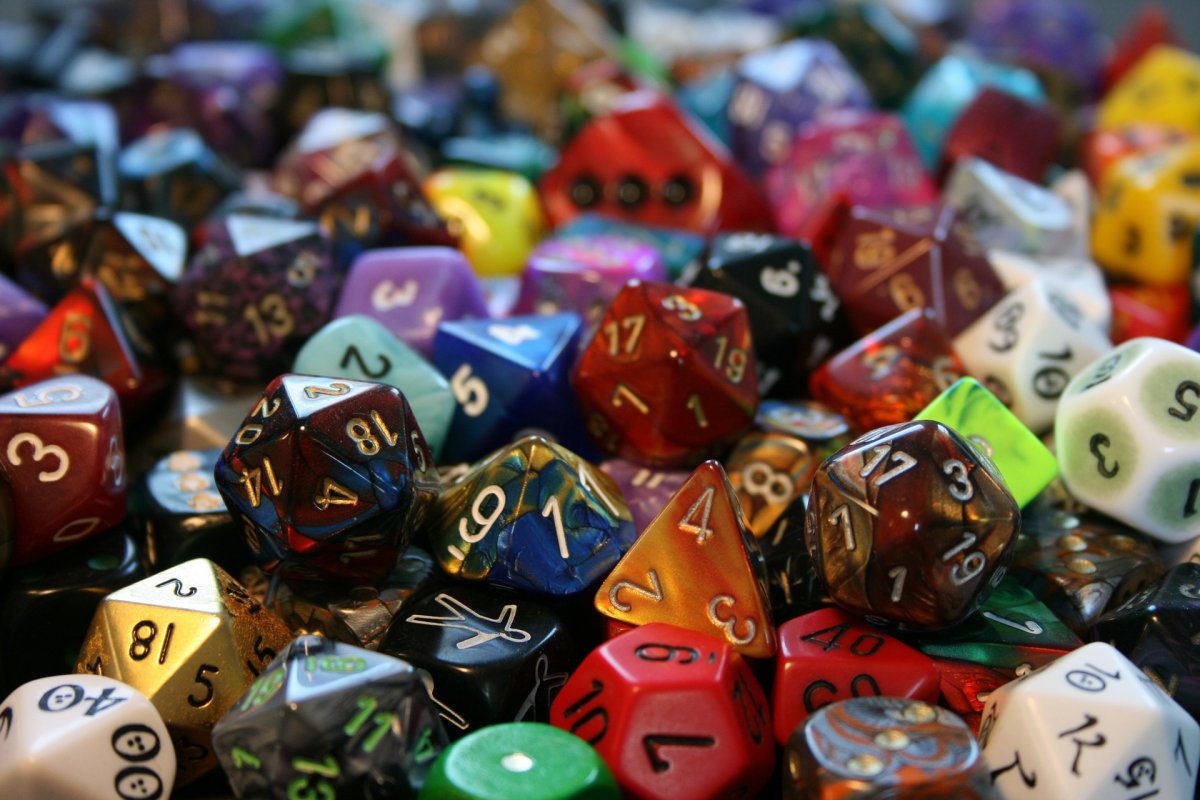 Proteins are the workhorses of life. While DNA carries the “instructions” for life, it is the proteins that actually carry out the reactions. Researchers have realised this and, in a major biotechnological revolution, are trying to build artificial versions of these natural nano-machines through protein engineering with the grand vision of building new enzymes, materials and drug delivery systems. One of the features that influence the properties of proteins is their structure, and hence, also the shape. One of the most useful shapes is the protein “sphere”. Typically these are just a few tens of nanometers in diameter and hollow inside, just like a football. They are made up of many copies of one or more proteins and because of this they are not really spheres but, just like a football, or a RPG dice, are made up of shapes that are connected together (in the case of a football these are typically pentagons surrounded by hexagons). Technically these types of shapes are referred to as “convex polyhedra”.

Perhaps the most important class of convex polyhedral proteins in nature are the outer coats of viruses, called “capsids”. These are the “bodies” of the virus, which hold, in their hollow core, the RNA or DNA “instructions”. Viruses use the capsids to travel into cells where they then release their genetic material which can be copied or even inserted into the host`s own DNA. If we could make artificial versions of these capsids, we may be able to tailor-make our own devices for gene delivery. Artificial protein spheres could also be a safe way of developing vaccines; where only the non-toxic part of a disease-causing organism is attached to the many copies of the sphere protein. Artificial cage proteins could also be designed that utilise the hollow core as a nano-reaction vessel for making many different kinds of particles such as quantum dots; the possibilities are endless.

In order to make such structures we must understand in detail how the individual proteins fit together to make the convex polyhedron shape. As the football example shows, there are rules of geometry that limit the kinds of shape you can make. For kinds of polyhedra, where each face is made up of a single identical polygon for example, there are in fact only 5 possible shapes (these are called Platonic solids and are familiar to us all, an example being the cube). Slightly more advanced rules allow the 13 “Archimedean solids” which reach as far as the 20-sided icosahedron (familiar to any role-playing game fan), while even more complex structures are the 92 “Johnson Solids”. These 110 shapes constitute all of the possible convex polyhedra (excluding prisms).

These rules come from geometrical considerations where shapes must fit together exactly. We ask: “can these rules be broken?” Could different kinds of convex polyhedra be made that require a distortion that is in some way “allowed” in the rules by which proteins fit together. The answer seems to be “yes”: We used an 11-sided protein called TRAP as a building block. An 11-sided shape should under no circumstances be able to form a convex polyhedron. Although the details of the structure need to be confirmed, we found that when TRAPs were connected to each other in a specific arrangement, they appeared to fit together to form a convex polyhedron (called a “TRAP-cage”). The TRAP-cage is about 20 nanometres in diameter (a nanometer is a billionth of a metre, about one hundred thousand times less than the thickness of a human hair). This completely new way of fitting proteins together could lead to the development of other new kinds of biological nanostructures not seen in nature. We are now trying to understand the structure of this and related proteins in more detail (using a type of microscope called an electron microscope) and we want to apply geometry and mathematics to understand the rules underlying these structures so that their formation can be predicted.

Another very interesting part of this work was the method whereby the TRAP proteins were connected together. Naturally occurring protein cages are typically held together by relatively weak bonds known as hydrogen bonds and hydrophobic (“water hating”) interactions. The TRAP-cage however seems much too stable to be held together only by these types of bonds. Interestingly, the bonds holding TRAP-cage together can only be formed if tiny particles of gold (called gold clusters) are present. Each cluster contains only a few tens of gold atoms and is just 1.4 nanometres across. Gold is generally thought to be inert but discoveries have shown that these small gold clusters can be extremely reactive. The reasons for this are still unclear but may have to do with the way that the gold atoms are arranged together. Using gold clusters with proteins in this way is a new application for the material and may be a useful tool for building new, previously inaccessible protein shapes.

So how might these findings be used? The results, which show a new kind protein assembly and interesting gold-protein chemistry, may allow transformative technologies. For the TRAP-cage specifically, the answer may come from another intriguing finding: Despite its high general stability, the TRAP-cage easily breaks apart in conditions equivalent to those inside cells. This raises the possibility of filling the centre of the cage with a drug molecule and using it to safely deliver the cargo to the inside of cells where it will be automatically released. Something to think about the next time you role a dice! 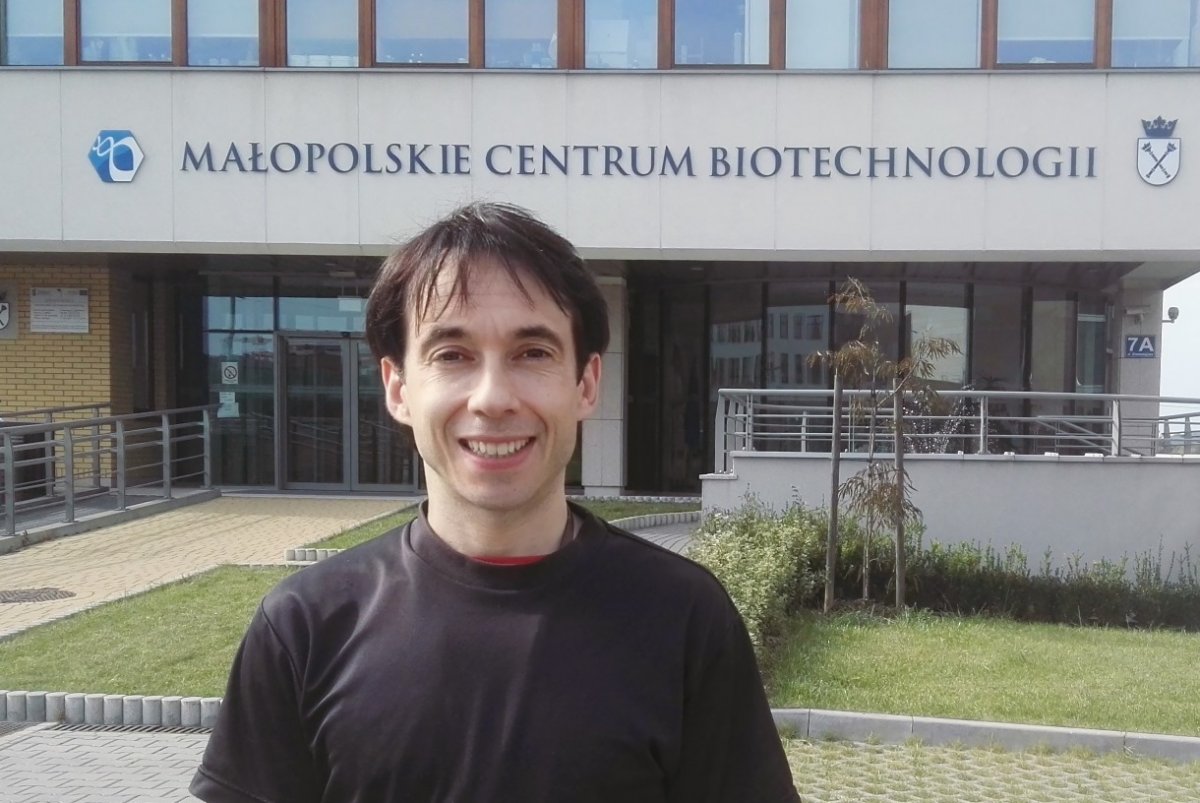 Jonathan Heddle obtained his degree in Pharmacy from the University of Nottingham, UK and a PhD in biochemistry working under Prof. Tony Maxwell at the University of Leicester, UK. Here he carried out research on the bacterial enzyme DNA gyrase and where he also began to be interested in bionanoscience given that gyrase is an excellent example of a sophisticated nanoscale machine. After a short period of postdoctoral research in the same lab, he moved to Japan as a Japan Society for the Promotion of Science Postdoctoral Fellow working in biochemistry and structural biology in the structural biology laboratory of Prof. Jeremy Tame at Yokohama City University, Japan. He continued to work with Prof. Tame and Prof. Ichiro Yamashita (Nara Institute of Science and Technology, Japan) increasingly on bionanoscience-related topics including the production of a self-assembled protein nanotube. He became A PI in 2008, starting a laboratory at Tokyo Institute of Technology and continuing to investigate TRAP protein. In 2010 he became a PI at the RIKEN institute in Wako, Japan where he expanded his work to include DNA nanotechnology, using a technique known as  “DNA origami” and published work for the first time showing the production of TRAP-cage.