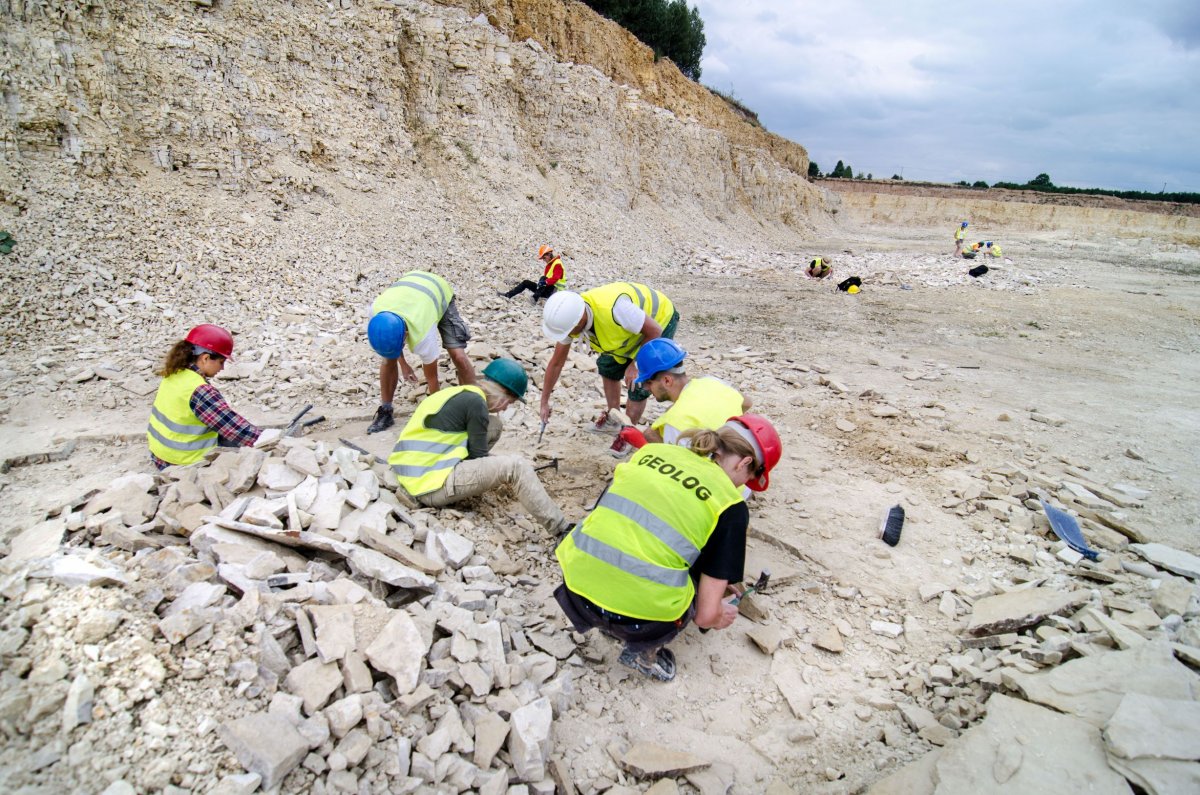 Systematic research and excavation has been underway in the Owadów-Brzezinki quarry, on the northwestern margin of the Świętokrzyskie Mountains, since 2012, when Adrian Kin and Błażej Błażejowski (PHACOPS Geoscience Friends Association and the Institute of Paleobiology of the Polish Academy of Sciences in Warsaw) announced the discovery of a new, unique Fossil-Lagerstätte (fossil deposit) in the commune of Sławno. The palaeontological site contains a documented complex of well-preserved Late Jurassic fossils of marine organisms (e.g. rare ammonites, decapod crustaceans, horseshoe crabs, predatory bony fish, hidden-necked turtles, and ichthyosaurs) and terrestrial biota. The bulk of the fossils represent hitherto unknown species and their scientific description constitutes an important contribution to our knowledge of the history of these animal groups. The findings have thus far been outlined in several dozen scientific publications.

Beginning in 2013, the excavations were carried out under the auspices of the Institute of Paleobiology of the Polish Academy of Sciences within the framework of a three-year research project (2013-2016) funded under the OPUS 4 scheme and which recruited students, PhD candidates, and researchers from all over the world. The core of the group that oversaw the research and documentation of one of the most important palaeontological discoveries of recent years in Poland was formed by: Błażej Błażejowski (principal investigator, Institute of Paleobiology, Polish Academy of Sciences), Bronisław A. Matyja (University of Warsaw), Andrzej Wierzbowski (University of Warsaw), and Hubert Wierzbowski (Polish Geological Institute – National Research Institute).

The site at Owadów-Brzezinki sheds a completely new light on the geological past (the so-called taphonomic window) of the organic world in the Late Jurassic (between the Early and the Late Tithonian), redrawing the picture not only of the evolution of living organisms, but also the paleogeography of Europe in that period. The palaeontological findings in the Owadów-Brzezinki quarry indicate that in the Late Jurassic, the Sławno region was a paleobiogeographical node that connected the terrestrial and marine fauna of the north and the south of the continent. The rock layers uncovered in the quarry also preserve the record of an environmental shift from a more open shelf sea to a shallow lagoon that occurred in the Late Jurassic. 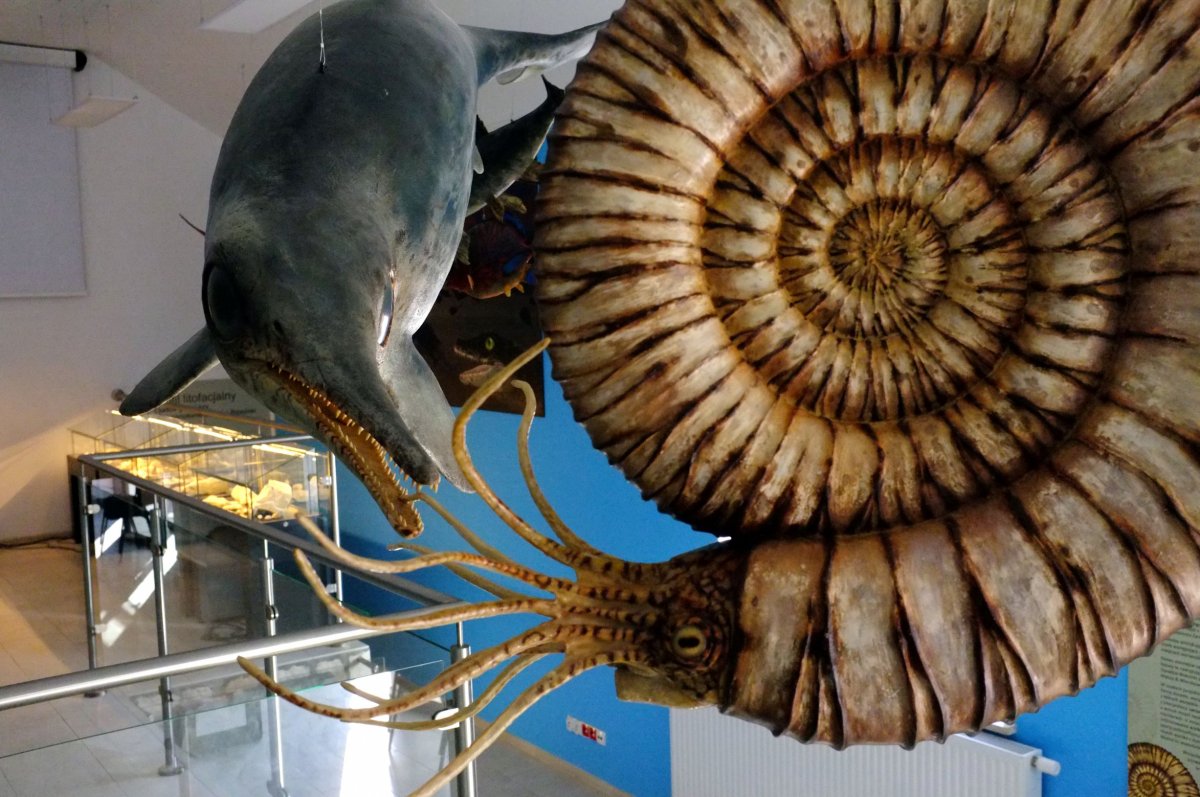 The museum presents life-size reconstructions of animals which inhabited the local seas and islands during the Late Jurassic. Photo by B. Błażejowski.

The project is of essential importance not only for palaeontology as a science and its popularization in Poland, but also for the development of the region and its inhabitants. For the past several years, the commune of Sławno has hosted regular workshops and lectures that aim to popularize natural science among the residents of the region by fostering an atmosphere of understanding and respect for the natural environment. These actions are mainly targeted at children and students, as well as anyone interested in research and the protection of Polish natural and cultural heritage. The commune also organizes national and international conferences devoted to geology and palaeontology. All these measures and research projects have led to the opening of the Owadów-Brzezinki Geopark in Sławno, where a newly established palaeontology museum showcases the fossils of local Jurassic animals and their reconstructions. The scientists who studied the fossils from the site also provided scientific guidance for the exhibition as well as the information boards along the geoeducational trail which runs across the observation deck along the edge of the quarry.

The Owadów-Brzezinki Geopark has all it takes to not only successfully activate the region through natural heritage tourism, but also to integrate the local community into various activities and geoeducational projects. 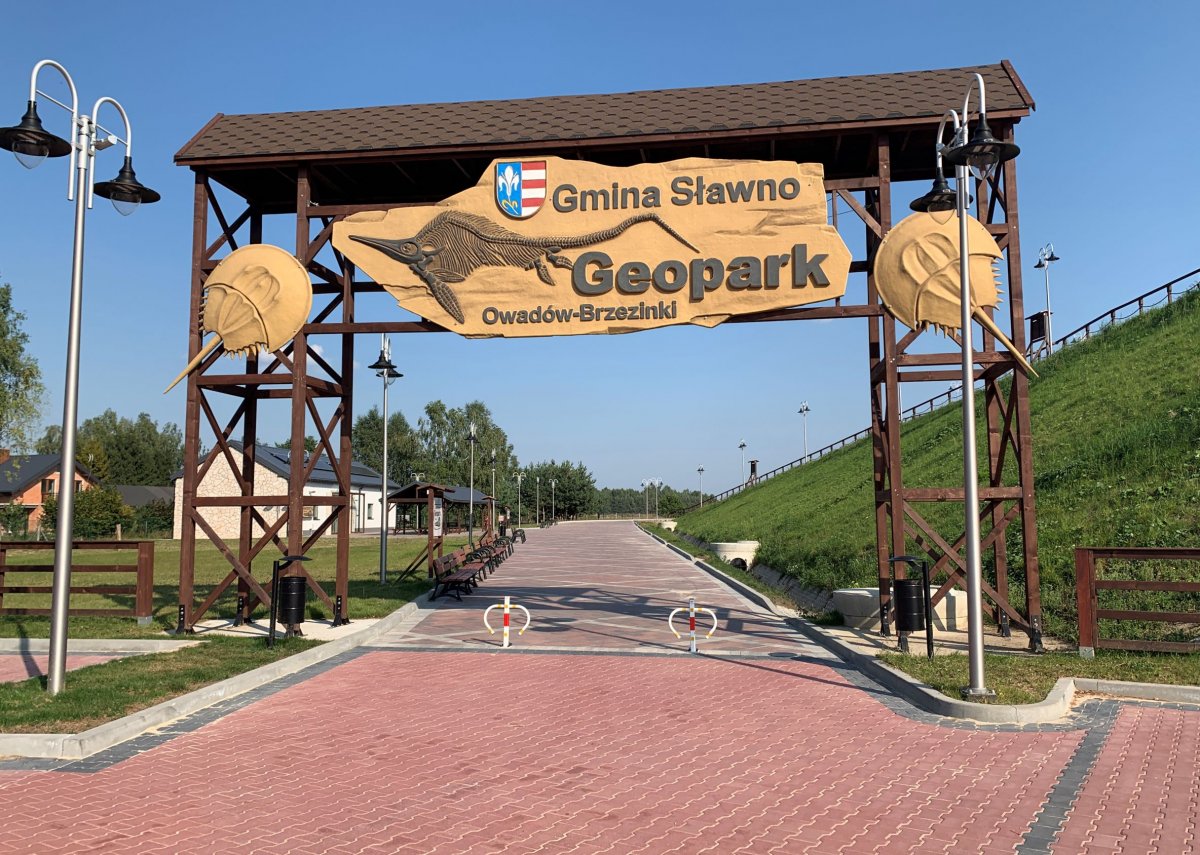 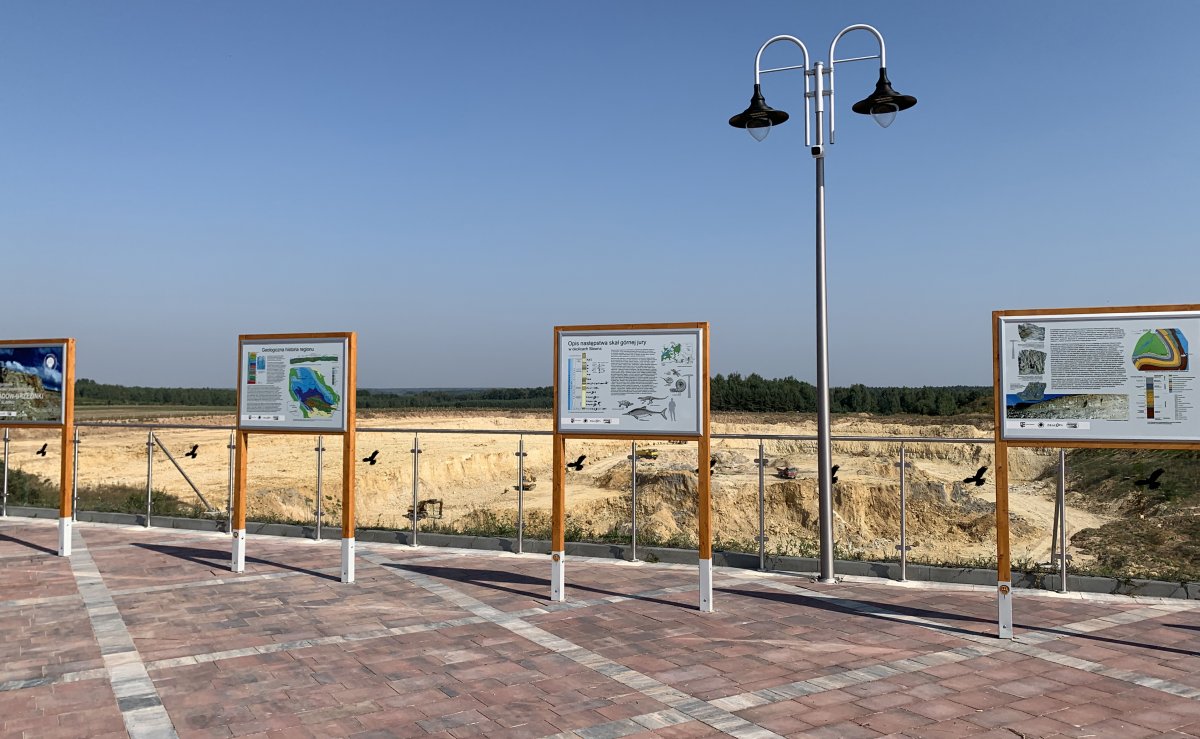 Geoeducational trail on the panoramic viewing platform located along the edge of the quarry. Photo by MAGA Aga Błażejowska. 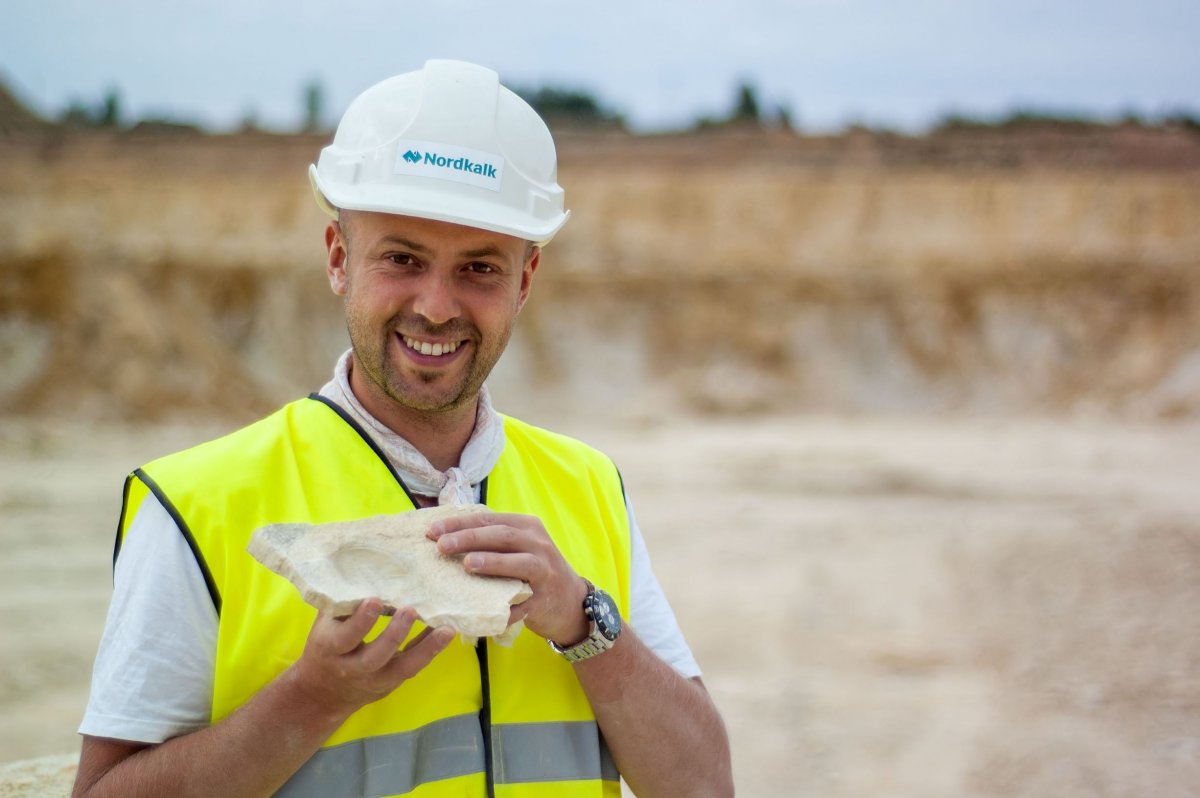 Born in 1978 in Sanok, Błażej Błażejowski is a palaeontologist, polar researcher, and... dreamer. He serves as the President of the PHACOPS Geoscience Friends Association, which aims to develop and promote initiatives, attitudes and actions that foster scientific thought, create an atmosphere of trust and respect for the natural environment, and disseminate broadly conceived geological knowledge.

He graduated from the Faculty of Geology of the University of Warsaw (1998) and the International Doctoral School for Biological Science at the Museum & Institute of Zoology, PAS (2008). He earned a PhD degree (2008) and completed his habilitation (2018) in geoscience at the Institute of Paleobiology of the Polish Academy of Sciences in Warsaw. He has participated in many polar research expeditions, e.g. to Spitsbergen (2002, 2005, 2010), the Canadian Arctic (2004), the Antarctic (2006-2007), and Greenland (2014).

He has won the Artur Rojszczak Award from the Club of the Foundation for Polish Science Scholars (2009) and the National Geographic TRAVELERY award for the “Scientific Discovery of the Year” (2015). He is also a delegate of the Institute of Paleobiology of the Polish Academy of Sciences to the Council of the Polish Polar Consortium (since 2018), member and consultant of the International Union for Conservation of Nature (since 2015), Deputy Head of the Scientific Board of the Museum of the Earth, PAS (since 2019) and a member of the Scientific Board of the Institute of Paleobiology, PAS (since 2020).