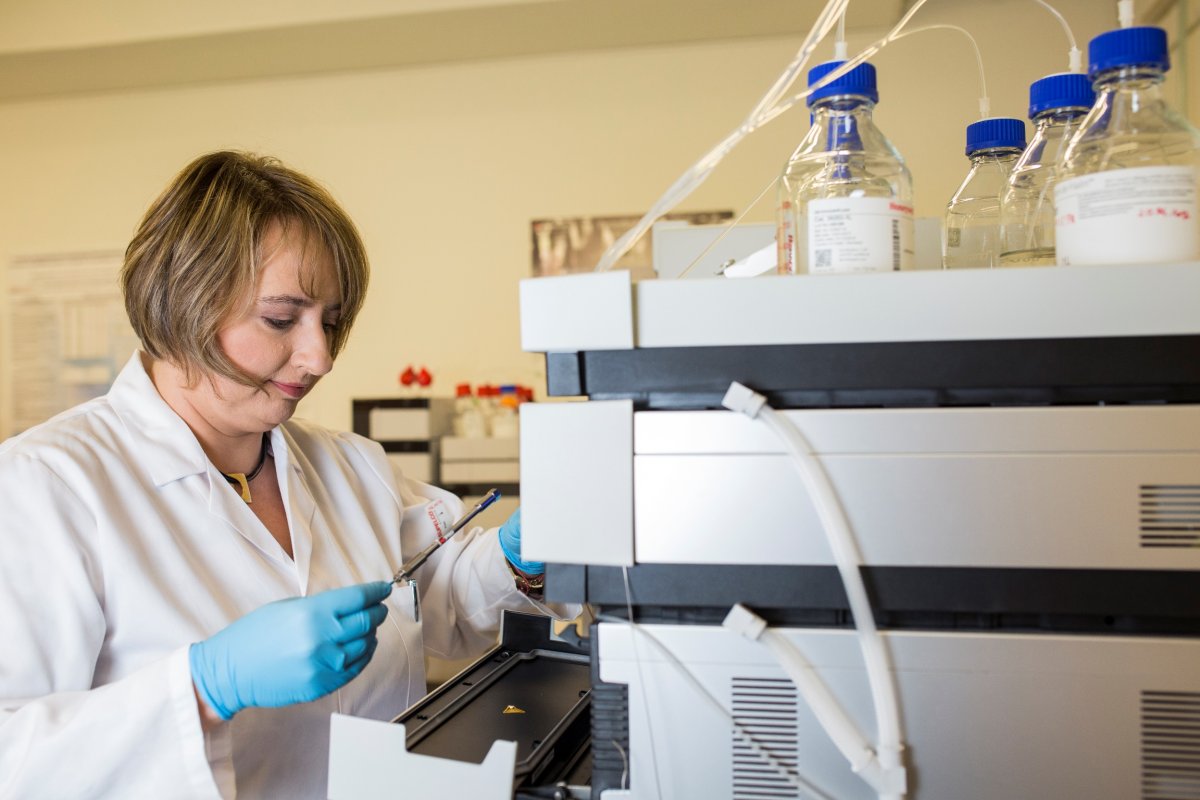 Meningiomas and gliomas rank among the most frequent brain cancers; they are more commonly diagnosed in Poland than in all the rest of Europe. Despite their high incidence rate, their etiopathogenesis has not yet been fully explained, and the histological complexity of brain tissue, where they arise, often makes their accurate classification difficult. Diagnostic tests currently in use rely mostly on imaging methods, such as nuclear magnetic resonance, computer tomography and positron-emission tomography. The obvious advantage of these solutions is that they are non-invasive and allow the tumour to be located with a high degree of precision; however, they fail to provide important information on its biochemical composition and the reactions that take place inside it. Direct analysis can only be performed on biological material, which in the case of brain tumours may be accessed during or after surgery. A histopathological exam is now routinely conducted to classify excised tumours in terms of type and degree of malignancy. Unfortunately, such assessment is often subjective and depends on the individual experience of the analyst; for this reason, a second, reference evaluation is often needed in ambiguous cases, which significantly delays the results and negatively affects the patient, since postponing treatment may reduce its chances of success. Despite the obvious advantages of traditional histological procedures, clinicians thus increasingly turn to new solutions that provide vital information in decisions concerning a treatment strategy. A case in point is the genotyping of gliomas, which allows specific gene mutations to be identified and correlates with a better overall response to chemotherapy than histopathological analysis. Genotyping, however, is also relatively time-consuming, and above all, expensive, which makes it unavailable to many patients.

In recent years, oncology has successfully relied on what is commonly known as the “omics” methods (proteomics, genomics, transcriptomics, metabolomics, and lipidomics) to profile tumours at the level of genes, proteins and low molecular-weight compounds in order to find their typical biomarkers, explain their origin and growth, and to identify the associated mechanisms of drug resistance. All these methods, however, involve taking a tissue sample and many hours of processing, which makes them unsuitable for intraoperative testing.

Our research project aims to address these diagnostic needs by introducing a series of new solutions that provide biochemical information at the level of LMW compounds without a need to sample material, thus reducing analysis time to a few minutes. The main analytical tool in the project is known as solid phase micro-extraction (SPME), and a mass spectrometer (MS) is used for detection purposes. A special microprobe is introduced into the tissue; its tip is lined with biocompatible material that absorbs compounds with the molecular weight of c. 1500 Da, which allows a representative "set" of metabolites to be obtained that exhibit various physico-chemical properties typical for a given tumour (a metabolic profile). A subsequent statistical comparison of metabolic profiles sampled from many patients with histologically diagnosed cancer (in this case, meningiomas and gliomas) makes it possible to identify potential biomarkers characteristic of specific biochemical types. A major advantage of the method is that it reflects changes related to the type of tissue from which a given tumour originates, but also those caused by genetic or environmental mutations, because low molecular-weight compounds, i.e. metabolites, are the final product of reactions that involve proteins, which, in turn, result from gene transcription and translation. Importantly, metabolic profiling makes it possible to observe changes occurring in a given tissue over a period of minutes, as opposed to the analysis of genes and proteins, where they take a longer time to manifest. Because the microprobe does not sample tissue, there is no need to isolate relevant compounds from the surrounding biological material, which means that the most time-consuming stage of the standard analytical process may be avoided. At the next stage, compounds absorbed by the microprobe are directly inserted into the mass spectrometer through a special interface designed by our partners from the University of Waterloo in Canada under the supervision of Professor Janusz Pawliszyn, which reduces the time needed to analyse the selected biomarkers to as little as 2 minutes. 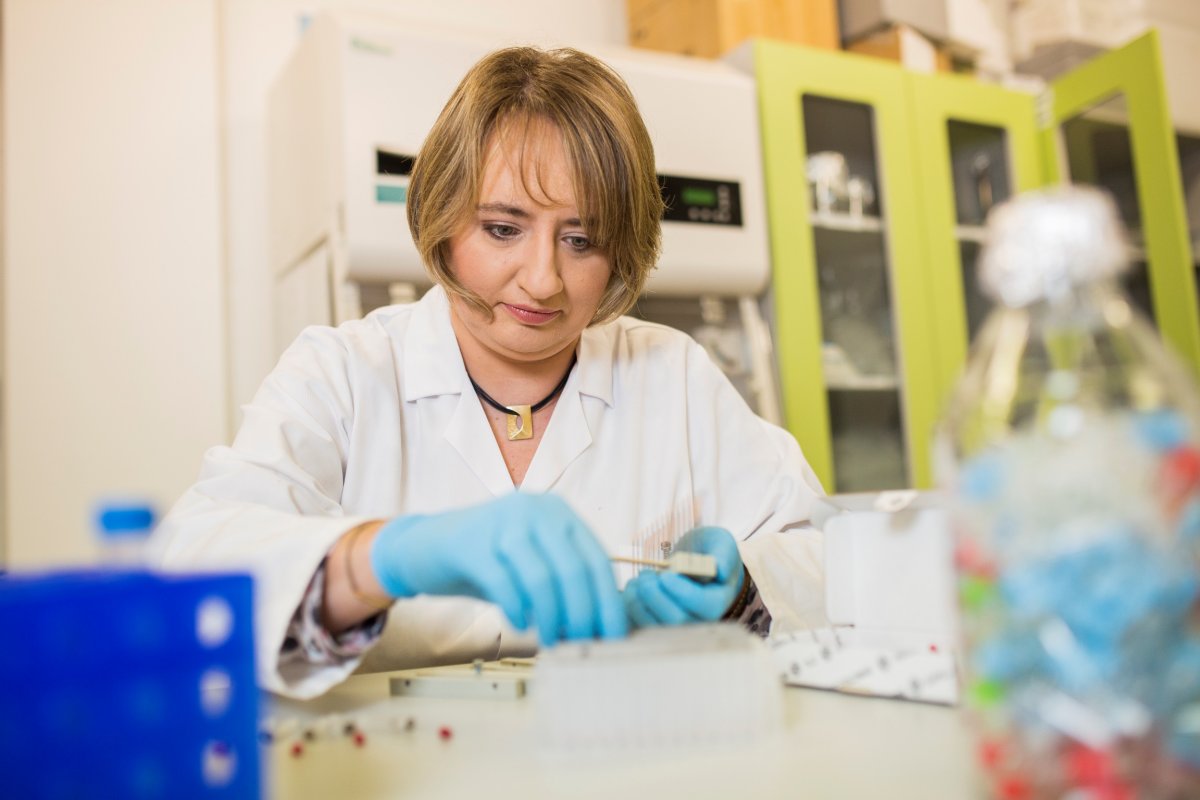 The research project also adds the element of spatial resolution, i.e. creates a map of biomarkers found in the tumour by combining metabolite extraction, solid phase micro-extraction, and the DESI analysis (Desorption ElectroSpray Ionization), one of the MS imaging methods. Alongside our colleagues at the University of Waterloo, this part of the project also enlists the participation of Professor Zoltan Takats from Imperial College London, one of the inventors of DESI.

In order to be useful for screening tests, too, the method needs to be adapted to samples that are more readily available, but less representative/specific than actual cancer tissue. Our project aims to develop a solution for analysing potential meningioma and glioma biomarkers in human blood. In order to increase the efficiency of screening large numbers of patients in diagnostic laboratories, the system should be able to analyse 96 samples at a time. Since another objective is to reduce the invasiveness of the procedure, we also propose to reduce the volume of the blood sample to 10-20 microlitres, which means it could be taken from the fingertip.

Our expertise in cutting-edge micro-extraction methods and mass spectrometry relies on the experience of our principal investigator, Prof. Barbara Bojko, who has spent several years working at the lab of Professor Janusz Pawliszyn, the inventor of the SPME technology and one of the leading analysts in the world, with whom our research team in Poland continues to cooperate on an ongoing basis. Our research project, which requires access to hundreds of patients qualified for surgery, but also great openness to innovative solutions, is made possible thanks to the involvement of the clinicians and nurses of the 10th Military Hospital and Polyclinic in Bydgoszcz, headed by Professor Marek Harat. 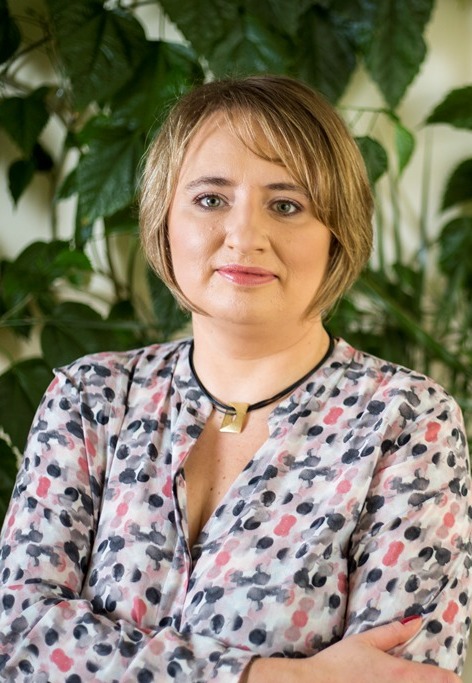