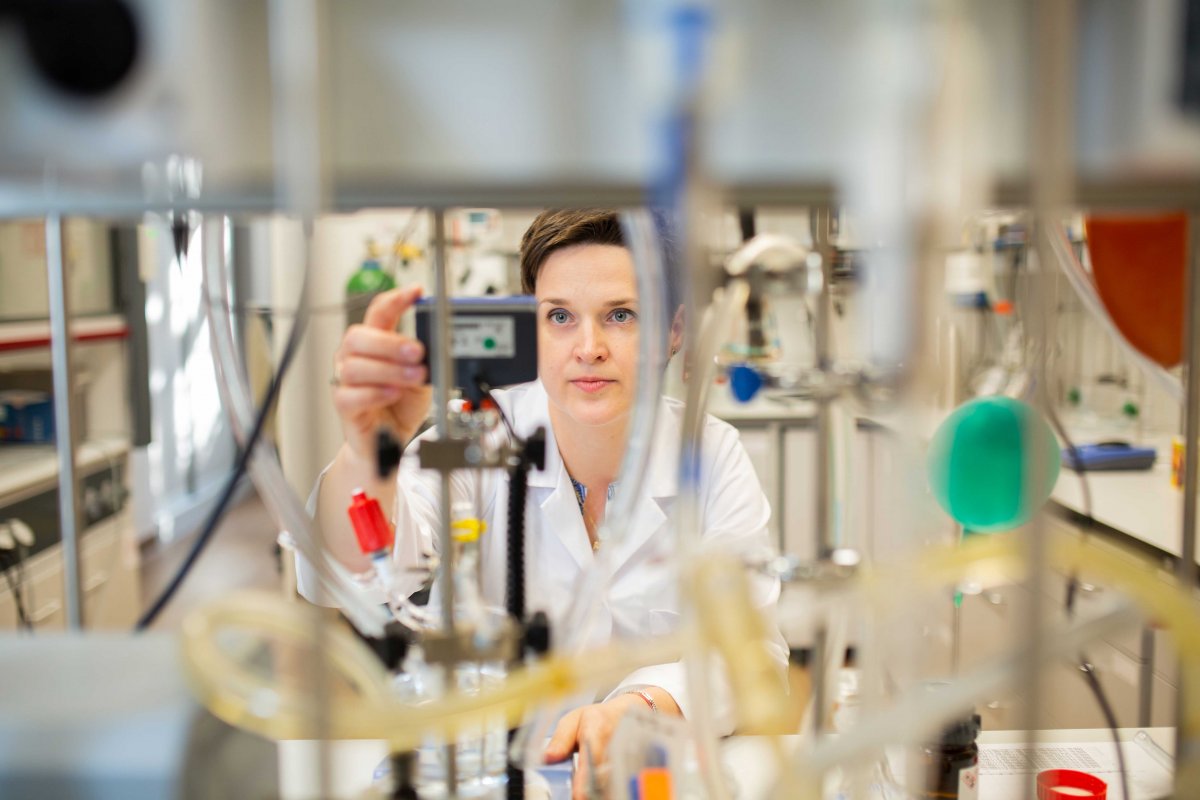 The project was designed in order to address the limited efficacy of pharmacological treatments in gynaecology. Current therapies involve the intravaginal administration of solid globules, which are often eliminated in an uncontrolled way without any guarantee that the drug has been absorbed. Ineffective therapies lead to burdensome and costly treatments that frequently result in drug resistance and, in the worst-case scenarios, even death.

The research project aims to develop an effective alternative to intravaginal globules in the form of polymer-based hydrogel drug carriers. Hydrogels are made from water-swollen cross-linked polymer networks. The big challenge is how to encapsulate drugs that are not easily soluble in water in the hydrogel matrix in a way that would preserve the desired drug release profile. The hydrogels must also have very specific rheological properties to ensure their easy application. The goal of the project is thus to produce a series of innovative hydrogels that enhance the solubility of hydrophobic drugs commonly used in gynaecology so as to enable their controlled release. In order to guarantee their appropriate processing and mechanical properties, as well as the diffusion of drug molecules in the hydrogel matrix, we will rely on hydrogels based on dynamic cross-links. The properties of such gels can be adapted for use in specific therapies by regulating the strength and duration of interactions responsible for the formation of the polymer network. These, in turn, will depend on the structure of the polymers, their concentration and the type of interactions between polymer chains. The reversible characteristics of the cross-links, which involve a continuous process of association and dissociation of complementary groups, mean that the hydrogel does not have a single form, but is more plastic. A gel of this kind is able to flow, which means it can be easily delivered to the treatment site. In addition, the structure of a dynamic cross-linked hydrogel is continually reorganised and rebuilt, even when the gel is physically damaged, which allows durable, continuous layers that tightly cover the surface to be produced. 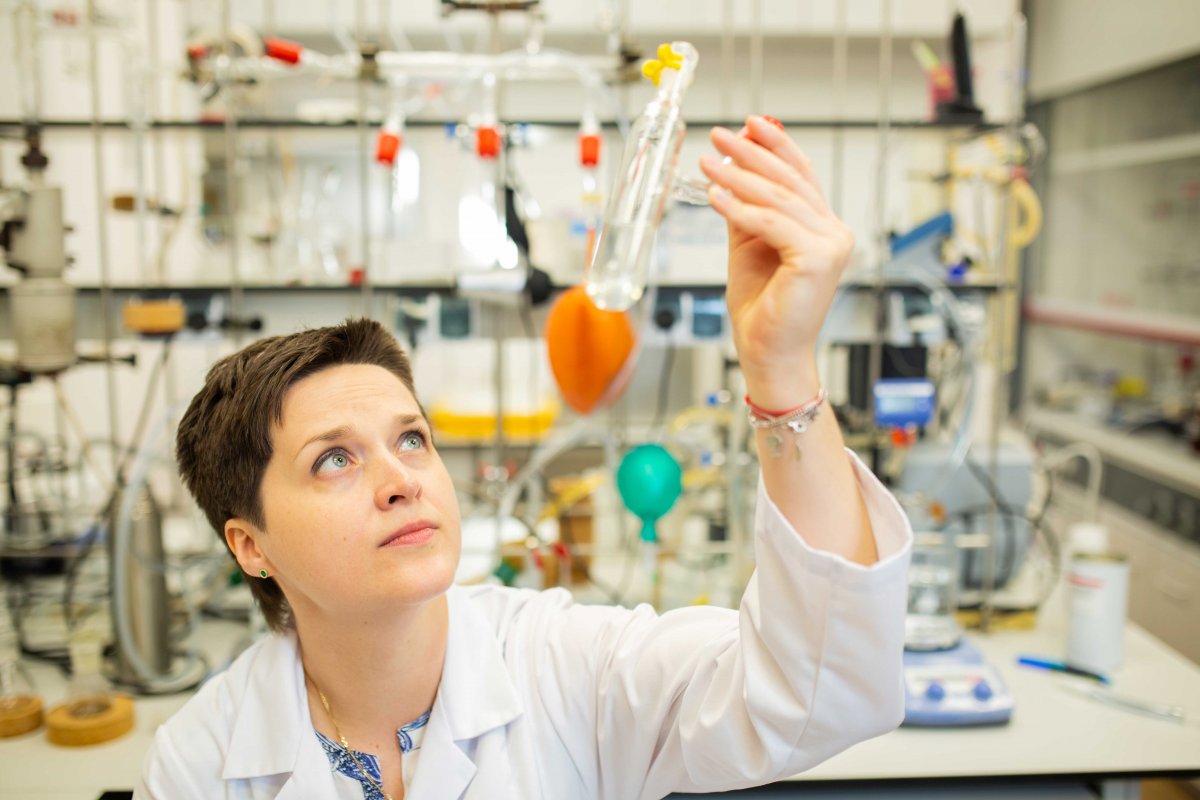 We have already developed a library of hyperbranched polymers, the structure of which can be adapted to specific drugs used in gynaecological treatment. We are looking for methods to determine the drug encapsulation capacity in the structure of these innovative macromolecules. In addition, we have synthesised new cross-linking compounds that remain active in vaginal pH conditions.

The research project will shed the necessary light on the impact of the structure and number of individual network building components on the properties of the hydrogel material and, in the longer term, allow hydrogels to be used as a matrix for controlled intravaginal drug delivery. The results of the project will help to determine, for instance, how to control the rheological properties and the porosity of the hydrogel, while preserving its biocompatibility. This fundamental knowledge will serve as the point of departure for designing specific new drug forms.

The essential tools used in the project include a rheometer purchased as part of an earlier project funded under the SONATA 9 call, which we are planning to develop further for the purposes of the current project. 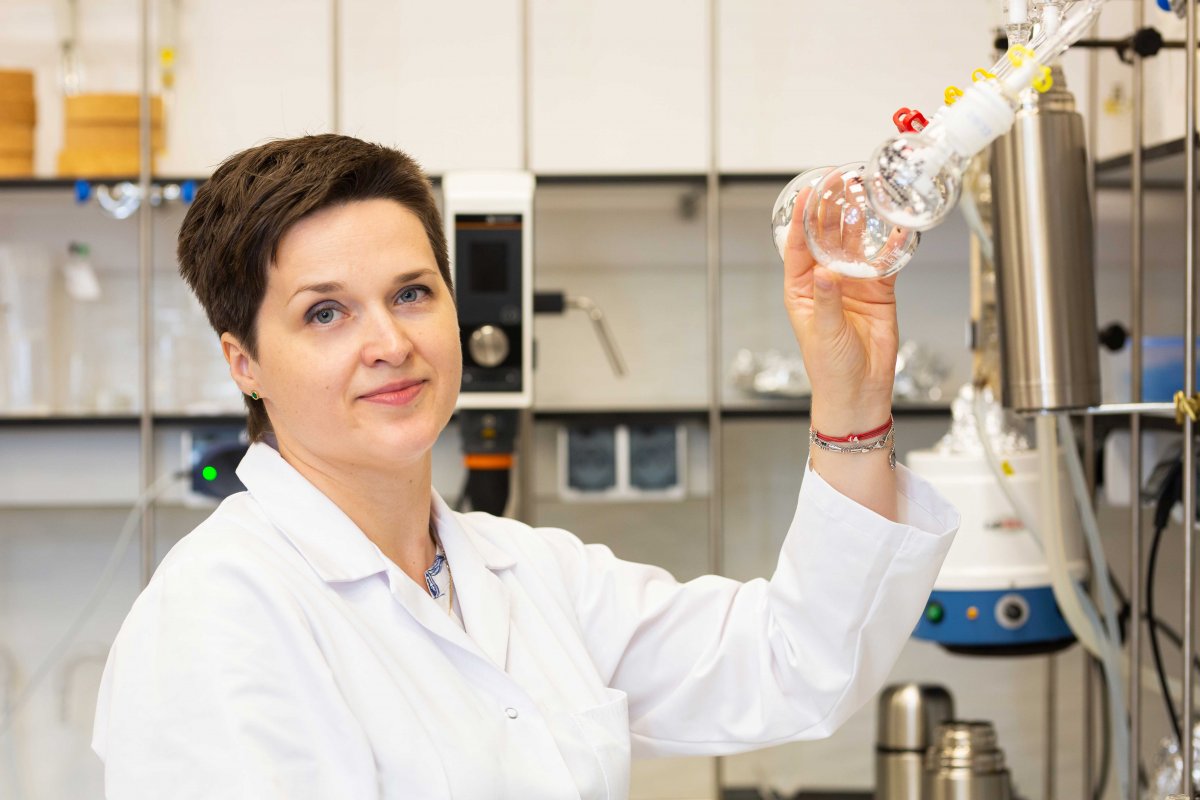 Graduate of the Faculty of Physics and Chemistry of the University of Łódź. Between 2008 and 2013, she worked at the Centre of Molecular and Macromolecular Studies of the Polish Academy of Sciences, where she earned her PhD degree. After a year-long postdoc at the École Supérieure de Physique et de Chimie Industrielles in Paris, she returned to the Centre of Molecular and Macromolecular Studies, PAS. In 2015, she won the SONATA 9 call, which allowed her to develop an innovative supramolecular polymer network exhibiting selective sensitivity toward dihydroxyaromatic compounds. At present, she is conducting a project funded under SONATA BIS 8, which aims to develop a more effective treatment platform for gynaecological therapies. She won the Smart Progress Award 2019 from the Centre for Smart Progress (Centrum Inteligentnego Rozwoju) in the “Scientist of the Future” category for her projects funded by the National Science Centre. In 2019, she was awarded with the IAAM Young Scientist Medal. She has also won the scholarship of the Minister of Science and Higher Education for outstanding young scientists. Since 2018, she has headed the Team of Cross-Linked Materials at the Centre of Molecular and Macromolecular Studies, PAS, and in 2020, she was elected as a member of the Polymer Division at the IUPAC.