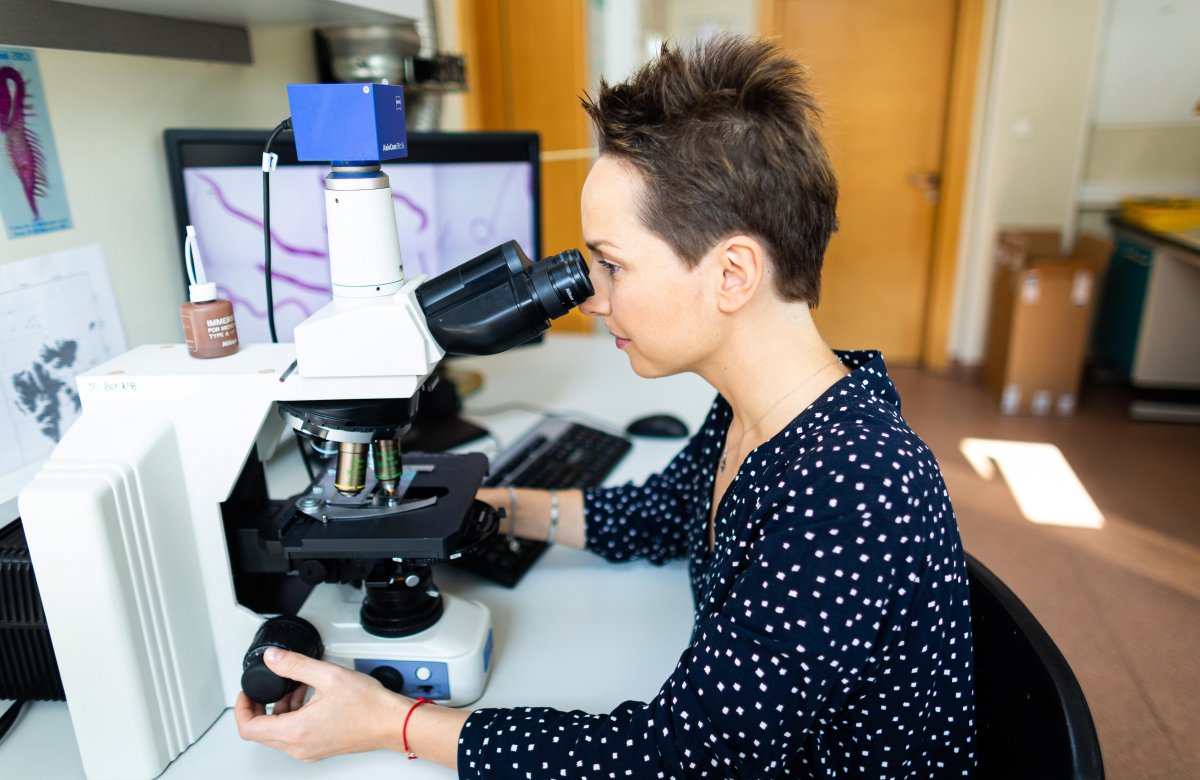 The Arctic is one of the regions most vulnerable to climate change and at the same time the area where the rate of observed change is the greatest. Due to the increased heat transfer with Atlantic waters and rising average air temperatures, the surface of the ice cap, as well as the thickness and total volume of ice in the Arctic, have shrunk dramatically in recent years. Considering that sea ice is an essential factor that affects all the biotic and abiotic components of Arctic marine ecosystems, these changes can be expected to have a major impact on the functioning of many marine organisms, including benthic fauna (i.e. the various organisms that live on the Arctic seabed). The purpose of the project was to characterize meiofauna communities, i.e. groups of small invertebrates living on the surface of deposits or in interstitial spaces, with bodies smaller than 500 µm, with a special emphasis on Nematodes as a dominant taxon, as well as to assess the impact of ongoing climate change (especially changes in the type and thickness of the ice cap and primary production in the surface layers of the water column) on their functioning in the European Arctic. The research project was conducted in the Svalbard archipelago, to which more and more warm water is transported every year from the Atlantic. The smallest marine organisms, such as the meiofauna, play an important role in marine ecosystems, representing one of the most numerous groups of primary consumers; they contribute to the biomineralization and bioturbation of deposits and reintroduce biogenic particles from sea deposits back into the food chain. This is why it is so essential to include these extremely interesting organisms in ecological studies. 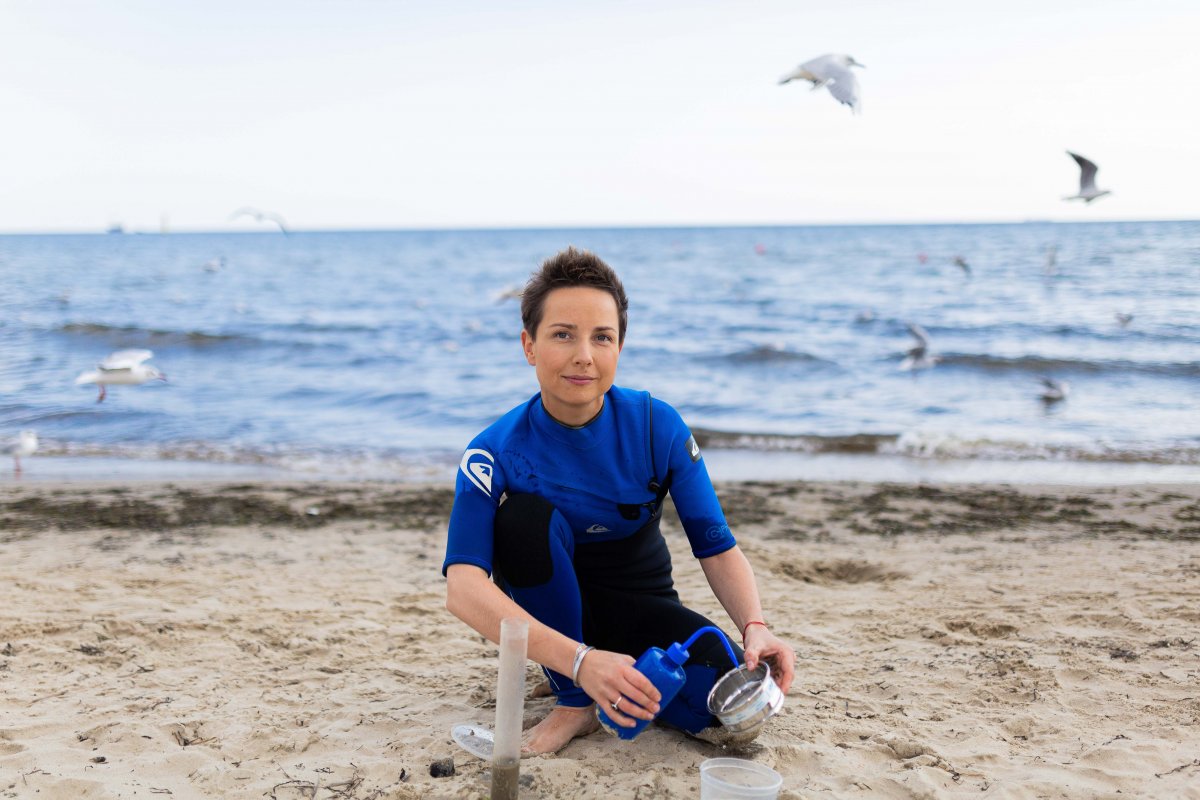 The project provided a detailed description of the communities of meiofauna and Nematodes along the ice gradient, in the region to the north of Svalbard and in the area of the Barents Sea. We established that the period of ice retention, as well as late and low-intensity algal blooms, have a negative impact on the population, biomass and taxonomic diversity of Nematodes. In areas where the period of ice retention is shorter and which receive more Atlantic waters, which accelerate the growth of phytoplankton, Nematodes show greater population numbers, as well as greater total biomass, species diversity and food diversity. Organisms living in regions under the strong influence of Arctic waters typically have a smaller body size than those found in areas with a greater advection of Atlantic waters. The project also looked into the feeding strategies of Nematodes. The organisms were shown to be non-selective in their food choices and ready to tap any available food sources in the environment, which attests to their high ecological flexibility and ability to adapt to changing environmental conditions.

We are obtaining more and more data on the broader impact of climate change on ecosystem diversity and functioning, but the information is often fragmentary and our knowledge of many animal groups in the Arctic region and the scale of their response remain incomplete. The results obtained in the framework of this project will shed more light on the reactions of the smallest, microscopic inhabitants of the Arctic ecosystem. This will help draw up potential scenarios for the behaviour of the entire benthic fauna in the face of rising temperatures, receding ice caps and shorter ice retention in the European Arctic. 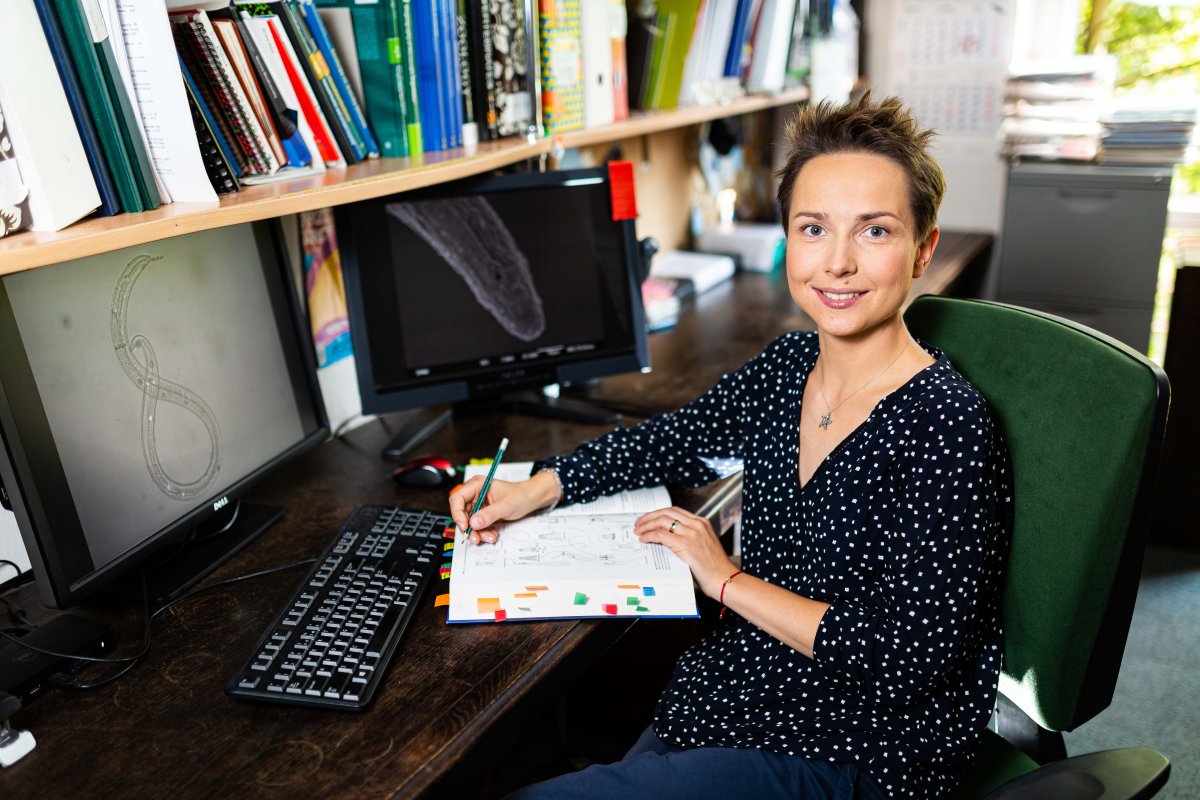 Assistant Professor at the Marine Ecology Unit of the Institute of Oceanology at the Polish Academy of Sciences in Sopot. She completed a post-doctoral fellowship at the Laboratory of Polar Biology and Oceanobiology at the University of Łódź within the framework of a research grant awarded under the FUGA funding scheme, as well as research fellowships in the US, Denmark and Germany. She specializes in the ecology of meiofauna, a minuscule, yet very numerous, group of organisms with body size smaller than 0.5 mm. Her research interests centre on free-living marine Nematodes and Kinorhyncha in the Arctic region. She has won scholarships awarded by the Ministry of Science and Higher Education, the Kościuszko Foundation, and the Fulbright Program.