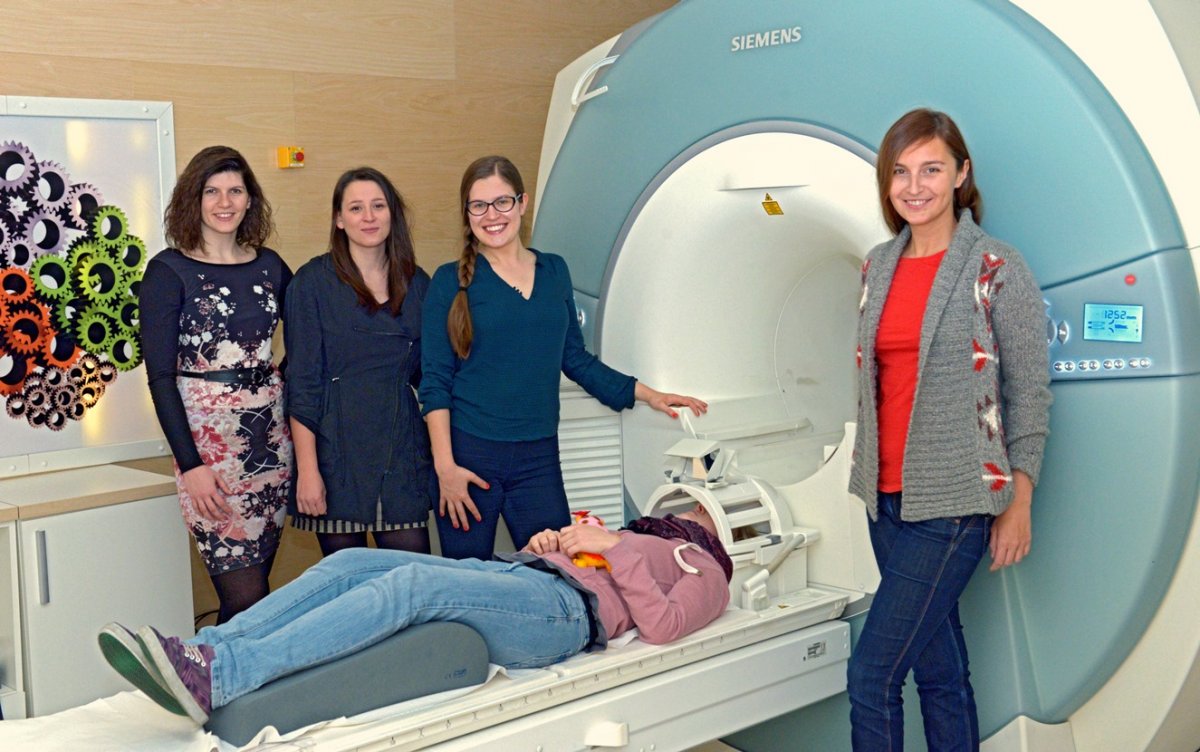 Research of the structure and functions of children's brains is conducted on the 3 Tesla Siemens Trio scanner at the Laboratory of Brain Imaging, IEB, PAS. From left to right: Agnieszka Kacprzak, Katarzyna Chyl, Magdalena Łuniewska, Katarzyna Jedoróg (photo by Anna Mirgos)

Developmental dyslexia, i.e. specific disabilities in learning to read and write, is a neurobiological disorder manifesting itself in difficulties in acquiring literacy in spite of using appropriate educational procedures, normal intelligence of the learners, and favourable social and cultural conditions. The scale of problems resulting from impediments in acquiring the skills of reading and writing is vast, due to the substantial size of the dyslectic population (5 to 12 per cent) and its incidence in all literate societies throughout the world.

In spite of abundant research our understanding of developmental dyslexia continues to pose a challenge to scientists, as reading disorders are often accompanied by problems with phonological awareness, selective visual and auditory attention, or automatization of various skills. Some researchers believe that the aetiology of dyslexia may differ from case to case, as we are addressing a heterogeneous disorder. In my investigations I have tried both to search for language-independent universal neural correlates of dyslexia, as well as to identify the potential subtypes of the disorder. The research conducted argues in favour of the latter approach, which posits that dyslexia may be caused by various cognitive deficits, reflected in the children's different brain structures. 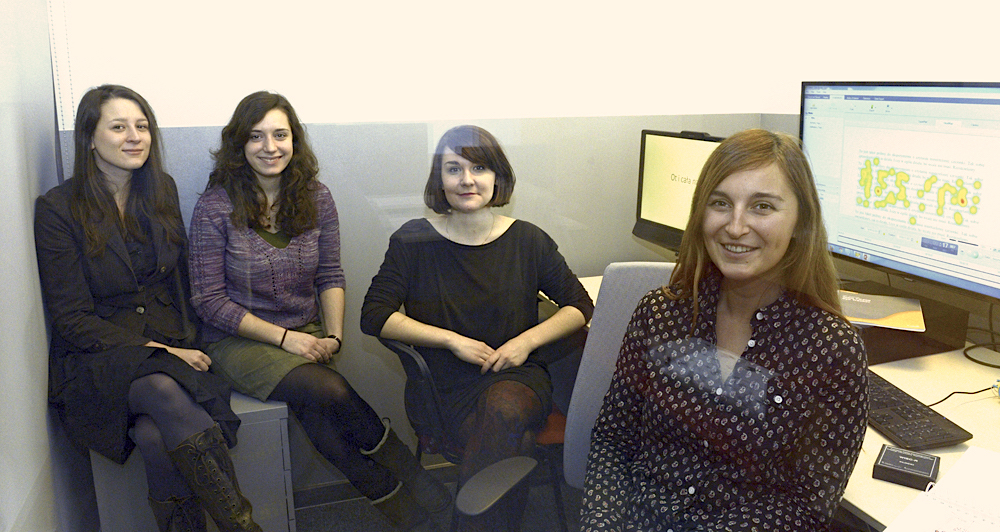 Part of the behavioural research and the research using an eye tracker is carried out at the Laboratory of Psychophysiology, IEB, PAS. From left to right: Katarzyna Chyl, Gabriela Dzięgiel, Joanna Plewko, Katarzyna Jednoróg (photo by Anna Mirgos)

Investigating dyslexia, which is often diagnosed based on a two-year lag in acquiring reading skills, I was aware that the results in behavioural tests and their neural correlates reflect not only problems with reading, but also the way children compensate for their inadequacies. As dyslexia is hereditary (it affects 40-60 per cent of individuals whose parents or siblings showed problems with reading) its characteristic brain structural and functional features should become manifest before a child can learn to read and write. The Decoding Dyslexia project, financed under the SONATA scheme, seeks to analyse the process of acquiring reading skills in a group of children with a hereditary risk of dyslexia and compare it to that in a typical population of children.

Thanks to the funding from the NCN, I was able to build a research team, inviting Magdalena Łuniewska and Katarzyna Chyl, currently doctoral candidates, and professor Anna Grabowska to cooperate. We recruited more than 100 families for a 3-year longitudinal study. Seven- and six-year-olds with a genetically conditioned risk of dyslexia were examined by means of behavioural tests and MRI. At this point we are at the stage of behavioural research (including diagnosing dyslexia) in children and MRI two years after the recruitment. Our first paper describes differences in brain activity among children performing the phonological task of rhyming. Although children at risk of dyslexia showed no substantial differences compared to their peers on behavioural level, they revealed impaired activity of the brain regions earlier associated with dyslexia, such as the left temporoparietal cortex, the fusiform gyrus, and the left inferior frontal gyrus.

When presenting the results at a conference, I met professor Ken Pugh form Haskins Laboratories at Yale University, who had initiated similar research among an American population. Since there has yet been no research comparing typical and non-typical acquisition of reading skills in children speaking languages with a different level of orthographic transparency (in contrast to Polish, English has no transparent orthography), we decided to jointly apply for a grant to finance research of both populations. Owing to that collaboration, we were able secure funding in the PRELUDIUM programme; the project is carried out by Katarzyna Chyl. Our collaboration has resulted in a publication discussing differences in brain activity in response to speech and writing in relation to the ability to read in Polish children. The Nencki Institute of Experimental Biology has also signed an agreement on cooperation with Haskins Laboratories.

She is an assistant professor at the Department of Psychophysiology, Nencki Institute of Experimental Biology, Polish Academy of Sciences, and a graduate of the Institute of Psychology, Jagiellonian University. She received her doctoral degree from the Institute of Experimental Biology. She completed her training at Laboratoire des Sciences Cognitives et Psycholinguistique, Ecole Normale Superieure in Paris. Since 2005 she has studied dyslexia, publishing over 20 papers on the subject. In her work she employs non-invasive brain imaging methods. She is the recipient of awards by the Foundation for the Polish Science, Minister of Science and Higher Education, and Polish Dyslexia Society for her works on the neurobiological background of reading disorders.