The Steppe Bison’s Habitat and Diet in the Late Pleistocene

The Steppe Bison’s Habitat and Diet in the Late Pleistocene 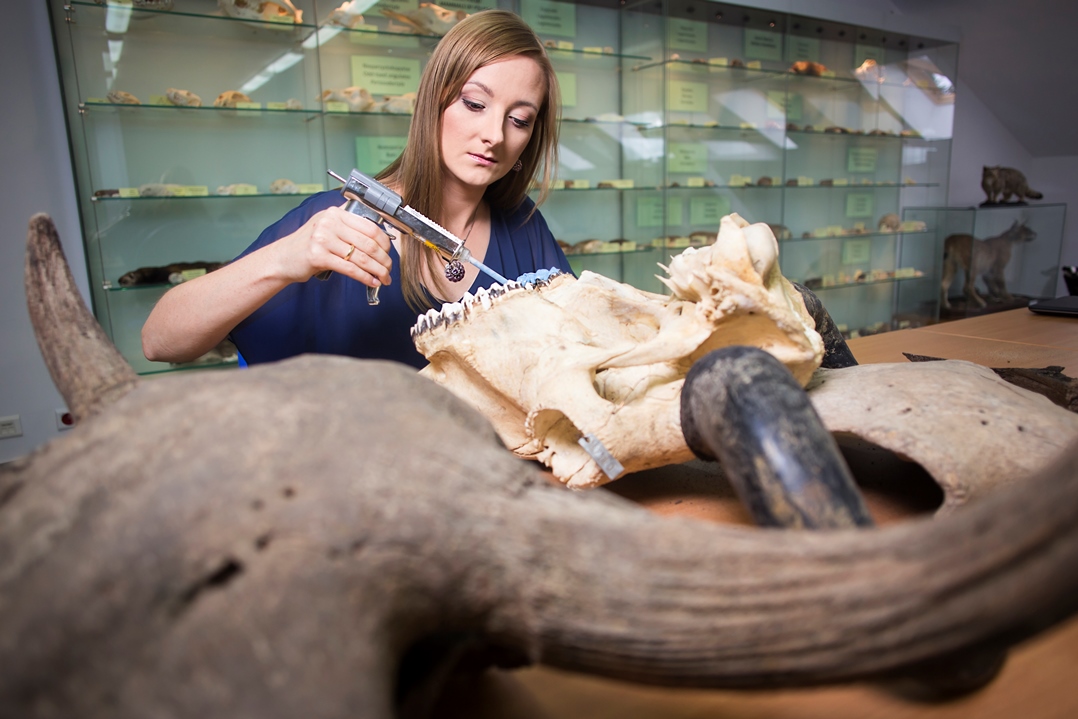 My research deals with the steppe bison (Bison priscus), which, along with the mammoth, the woolly rhinoceros and the giant deer, was one of the last large herbivores to have survived in Eurasia by the turn of the Pleistocene and Holocene. The species was related to the extant European bison and American bison. Despite numerous excavated bone fragments stored in museum collections throughout Eurasia, knowledge of the steppe bison’s paleoecology is scarce. In my study, I want to address questions concerning changes of the steppe bison’s diet and foraging habitats and their potential influence on the species’ extinction. What type of vegetation was dominant in the bison’s diet under different geographical latitudes and in different periods of the Late Pleistocene? Did the species’ diet reflect the composition of vegetation in areas it occupied? I am especially interested in the question: was the steppe bison in the Late Pleistocene and Pleistocene/Holocene transition a typical grazer with a narrow spectrum of diet and habitat use, which made it less adaptable to climate and environmental changes and may have resulted in the species’ extinction?

In my research I will be using the steppe bison’s bones and teeth from museum collections, subjecting them to radiocarbon (14C) dating analysis to determine their age. The analysis of carbon and nitrogen stable isotope composition in bones will allow for determining the steppe bison’s foraging environment (open areas or woodlands) and its diet. An additional method, a three-dimensional dental microwear texture analysis (3D-DMTA) will enable study of the bison’s food habits (whether it consisted mainly of grass, woody material, or was mixed). I hope that the knowledge of the pattern of habitat use and diet of the steppe bison inhabiting areas with diverse flora will allow for a better understanding of the changes taking place toward the end of the last glacial period and of their consequences for the foraging ecology and extinction of this bison species. 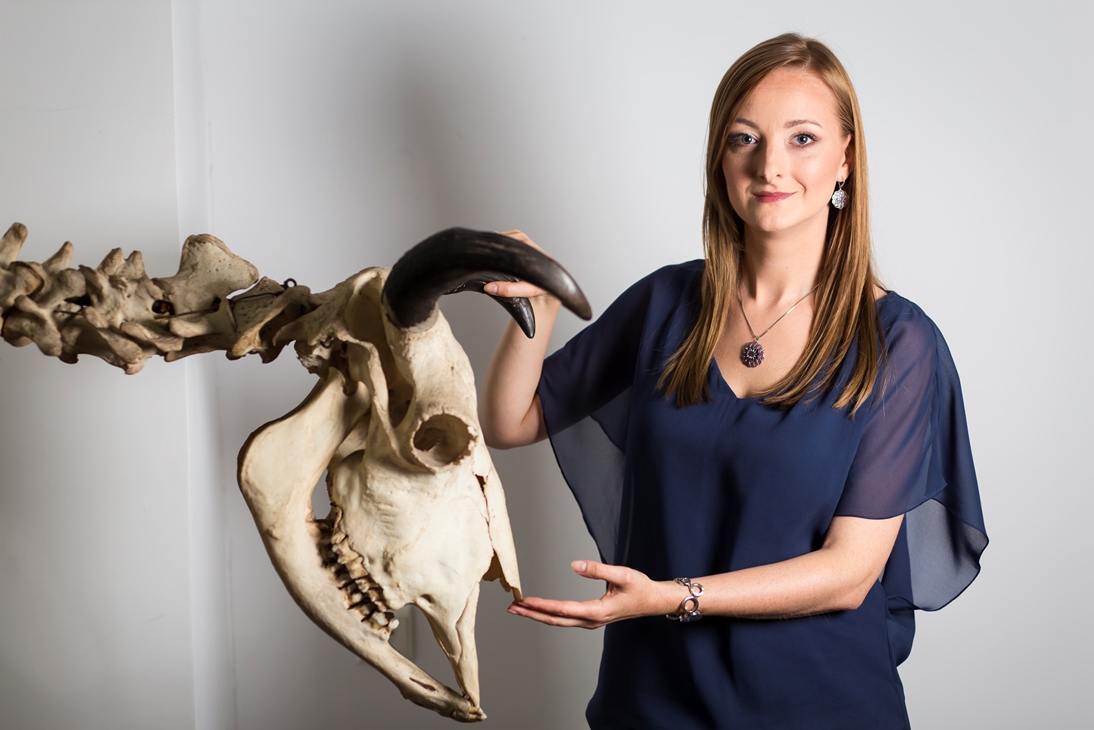 Graduate of environment protection at the John Paul II Catholic University of Lublin. A PhD student at the Faculty of Biology, University of Warsaw and a research assistant at the Mammal Research Institute, Polish Academy of Sciences in Białowieża. She gained experience in methodology used in paleoecological research during the training visits to the Faculty of Paleobiology and Biogeology, University of Tübingen, and to the IPHEP, University of Poitiers. In her current PhD project, she is dealing with temporal and spatial changes in the foraging habitats of the European bison (Bison bonasus), aurochs (Bos primigenius) and moose (Alces alces) in Europe during the Holocene.