Perspectives of an Avatar. On Philosophical and Aesthetic Features of Computer Games

Perspectives of an Avatar. On Philosophical and Aesthetic Features of Computer Games

Imagine that you suddenly find yourself in the middle of a strange city and you must find a way to warn its residents of impending danger. How far will you go? Imagine that you are afraid of heights and the only way to save the Library of Alexandria is to climb up one building after another. Imagine being able to experience that. Imagine being able to act, feel the emotions and make instant decisions which will determine the failure or success of your mission.

This, and much more, is what computer games enable you to do. They also let players experience philosophically challenging and aesthetically interesting situations. This is especially possible in video games where the player controls an avatar. That is why I focus on such games in my research project. 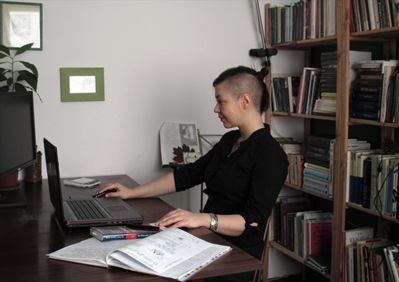 Just as philosophical concepts work within a certain tradition, an avatar, as a perspective on experiencing and learning about the surrounding reality, works inside a specific game. An avatar becomes the player’s “glasses”, which cannot be taken off without stepping out of the game. By engaging the player’s senses, the avatar becomes a vehicle for the most detailed descriptions of the situation perceived from a specific perspective. It allows you to act and experience a particular point of view along with its consequences – who will you side with in the conflict created in the game? Will you walk through the forest as Little Red Riding Hood or as the wolf? How does the choice you are faced with by game developers influence your perception of the situation?

In order to transmit a specific perspective, understanding or perception of reality, game developers must first understand it themselves. What is the world like from the perspective of the character they are working on? Why is it the way it is? How does that influence the choices they have? Such philosophical questions uncover additional aspects of the perspective, making it evolve and become more profoundly understandable. Only with this knowledge may game developers start working on the character and thus open this perspective up to players. Therefore, when trying to answer the question about the philosophical dimension of video games, I look not only at the finished product, but also at its development, i.e. descriptions of the game creation process and their theoretical analyses. At the same time, I try to find out if and how game development may be a way to philosophically analyse a particular situation, problem or perspective.

The game development process, as well as finished video games, may be like laboratories where problems, also philosophical ones, are tested and analysed, where specific reflections are provoked or where motivation to act is found. Video games combine technology with art. Thus, they reflect and shape mind-sets, needs and beliefs. By critically analysing video games, we can learn a lot about how they impact us, what values are presented in the digital world and upheld by the characters, as well as how video games can become a tool for philosophical thinking. 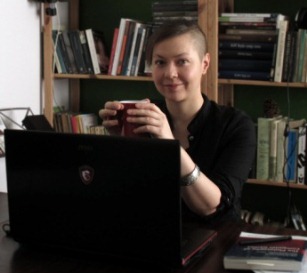 A Ph.D. in philosophy specialising in aesthetics. In her research, she focuses on the creative pursuits of the imagination, blending philosophy and literature with an analysis of independent computer games. She is working on the project in cooperation with the University of Lower Silesia. She has recently published a book entitled: Żywioły wyobraźni. O wyobrażaniu i przeobrażaniu (The Elements of Imagination. On Imagining and Misimagining, Universitas, Krakow 2014). She is interested in video game development and sound effect production.