Photo-based facial recognition systems currently attract the attention of researchers all around the world. Their wide appeal no doubt has to do with their multiple applications, as they can be used, e.g. in security systems (for access control), the search for missing or wanted persons, as well as border control. Their development has intensified over the past two decades thanks to the ever wider availability of IT technologies, the ubiquity of surveillance cameras, increased computing power and improvements in data analysis methods, which allow the amount of information processed in digital images to be reduced.

The purpose of the project was to study and develop innovative and original applications of granular computing methods to the biometric classification of people based on digital face images, with a special emphasis on linguistic modelling and linguistic descriptors, as well as local descriptors (Chain Code-Based Local Descriptors). Facial recognition requires highly complex computer techniques, as it needs to take into account a variety of factors that considerably affect the appearance of the human face, such as, to name but a few, the aging process, various natural and unnatural changes in the facial skeleton, face positioning, facial expressions, lighting, covered up parts, and even something as trivial as photo quality. Available recognition methods usually prove quite effective, but, unfortunately, only under nearly ideal test conditions, i.e. when tested with the use of photos gleaned from publicly available databases, in which all faces are lit in a similar way and successive shots of a given person are taken within a short time span. In this context, the research team proposed a theoretical study and implementation of new and original face classification algorithms, based on innovative granular computing methods and enriched with expert knowledge and psychological research on the importance of specific face parts in facial recognition in humans. This additional reliance on human cognitive processes in automatic face recognition was a crucial aspect of the project.

The main outcomes of the project include: 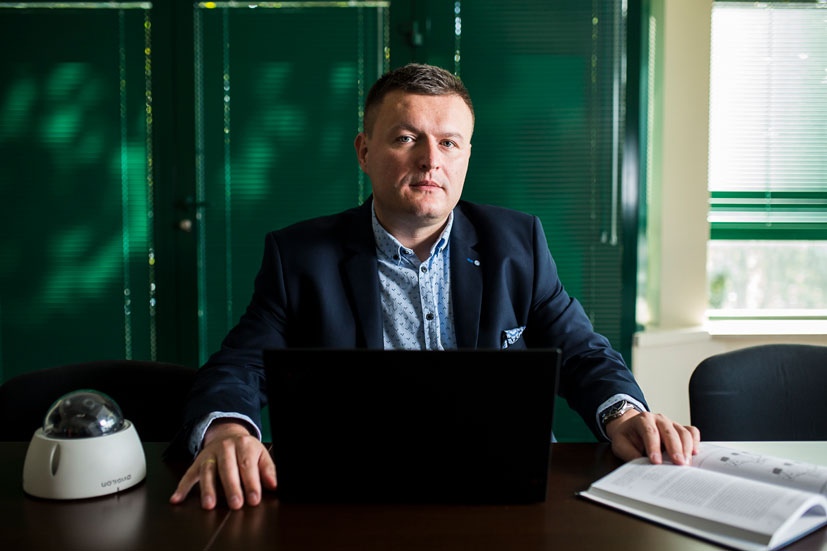 Graduated in mathematics (with a specialization in informatics) from the John Paul II Catholic University of Lublin in 2005, and between 2005 and 2018, worked at the Department of Mathematics and Informatics of his home institution. In 2010, he defended a PhD in mathematics at the University of Gdańsk and went on to complete a postdoc fellowship at the University of Alberta (2011-2012). He is currently employed as Assistant Professor at the Institute of Computer Science of the Lublin University of Technology. He has authored 36 scientific publications and his research interests include facial recognition, machine learning, soft computing, Granular Computing, decision-making theory and numerical methods.