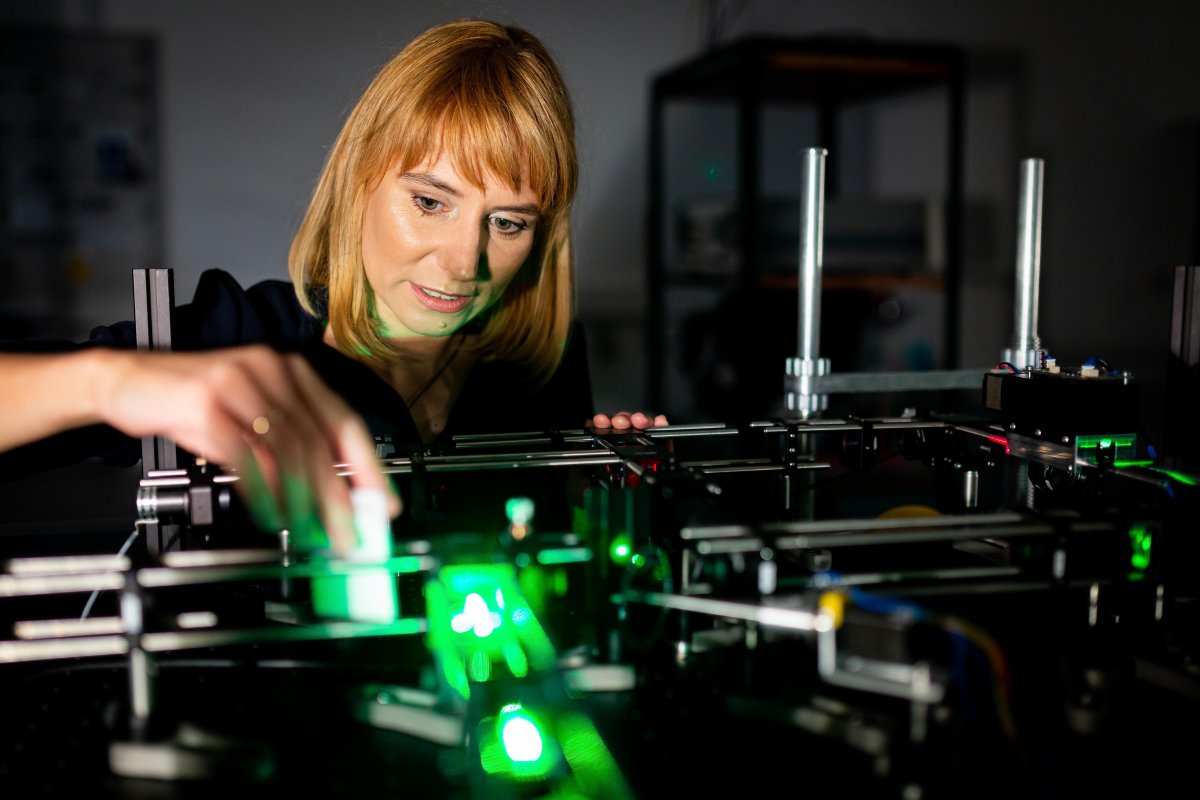 The purpose of the research project is to describe a new type of vision, based on a non-linear optical process underway in the live tissue of the human eye, i.e. the phenomenon of two-photon absorption, which occurs in photoreceptor cells. Two-photon vision allows us to perceive near-infrared short-pulse laser beams, which are seen in a colour that corresponds to approximately half their wavelength. Based on research results obtained by four research teams from different fields of competence, the mechanism behind the phenomenon was explained in a paper entitled "Human infrared vision is triggered by two-photon chromophore isomerization"[1]. The purpose of the project is to further elaborate on different facets of two-photon vision, based on a psychophysical analysis of sensitivity thresholds, i.e. the minimum stimuli capable of creating a visual sensation.

The proposed study of two-photon vision will expand our knowledge on the visual cycle and the way it unfolds once it is triggered by two-photon absorption. Differences observed with respect to single-photon vision will allow us to determine its potential clinical application. Many disorders, such as vitamin A deficiency and Stargardt disease, heavily disrupt the eye's adaptation to darkness. The process also deteriorates with age. Studying the threshold of two-photon vision and associated adaptation to darkness may provide a helpful and comfortable method for diagnosing early changes in the visual cycle.

Using controlled pulse lengths, our experiments will improve our understanding of the way in which short-pulse laser beams interact with the human eye. The results will be of major importance for the development of non-linear eye-imaging techniques. Recently, there has been an increasing demand for new imaging methods that would deliver information on eye function along with anatomical data, and non-linear imaging is believed to be able to deliver the missing functional information. In this context, the interaction of short-pulse laser beams with eye pigments, observed in two-photon vision, may provide functional data of great interest and promise. 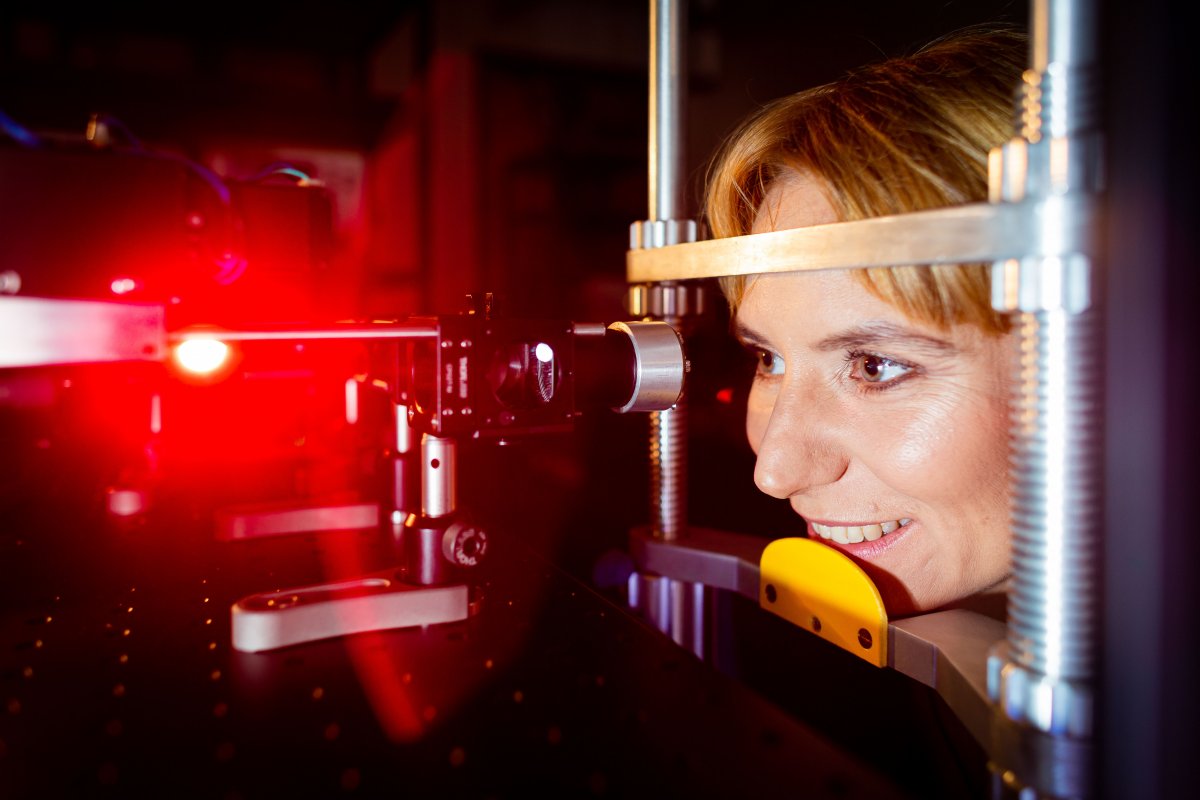 High-resolution microperimetry, which maps individual cone cells, helps push the frontiers of our knowledge on the mechanisms of vision. Non-linear vision has two potential advantages for such applications: it limits the stimulation area to the focal spot of the beam and reduces chromatic aberration (since the wavelength of the stimulating beam does not differ significantly from that of the imaging beam). The proposed study of the acuity of two-photon vision is designed to test its utility for high-resolution microperimetry. 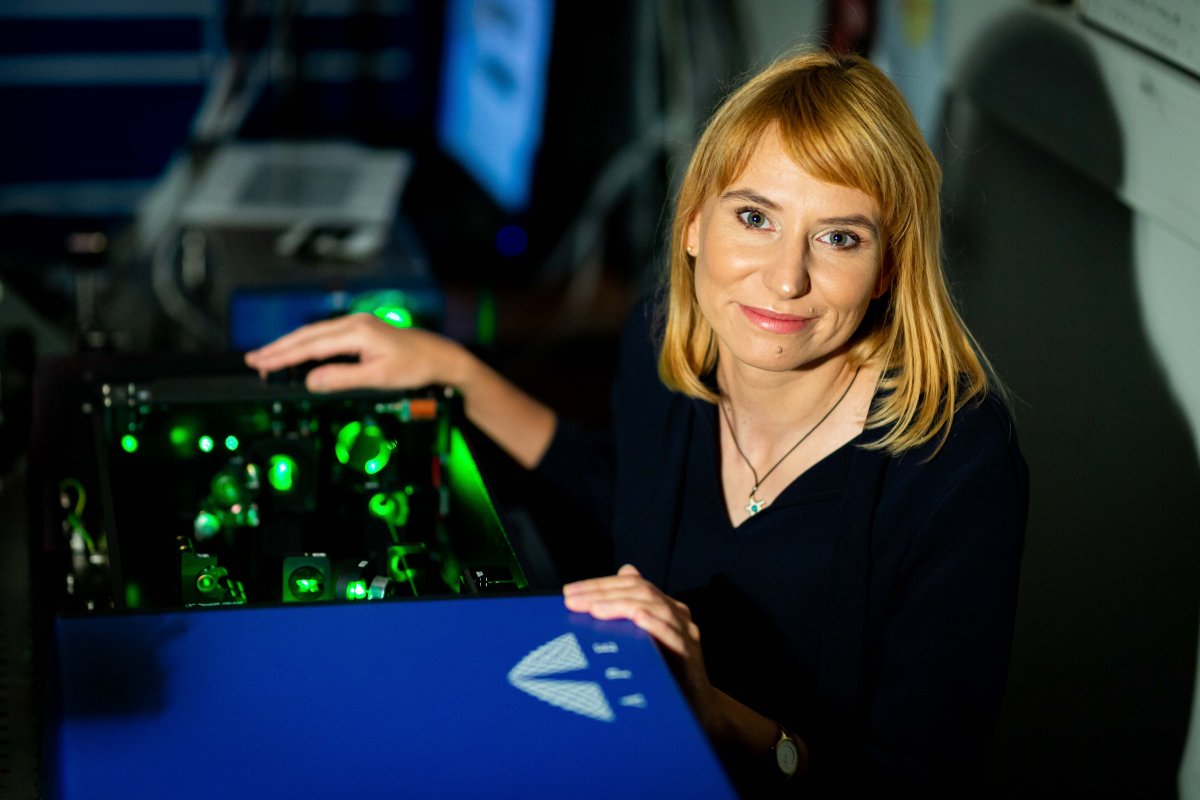 Katarzyna Komar works at the Faculty of Physics of the Nicolaus Copernicus University in Toruń and the Baltic Institute of Technology in Gdynia. She deals with an issue of two-photon vision allowing us to perceive near-infrared short-pulse laser beams, which are seen in a colour that corresponds to approximately half their wavelength. It occurs due to two-photon absorption in photoreceptor cells. Perception of light based on nonlinear optical phenomena offers possibilities for the development of new methods for researching the visual mechanism.