Interactions of U6 snRNA within the catalytic centre of the spliceosome

Interactions of U6 snRNA within the catalytic centre of the spliceosome 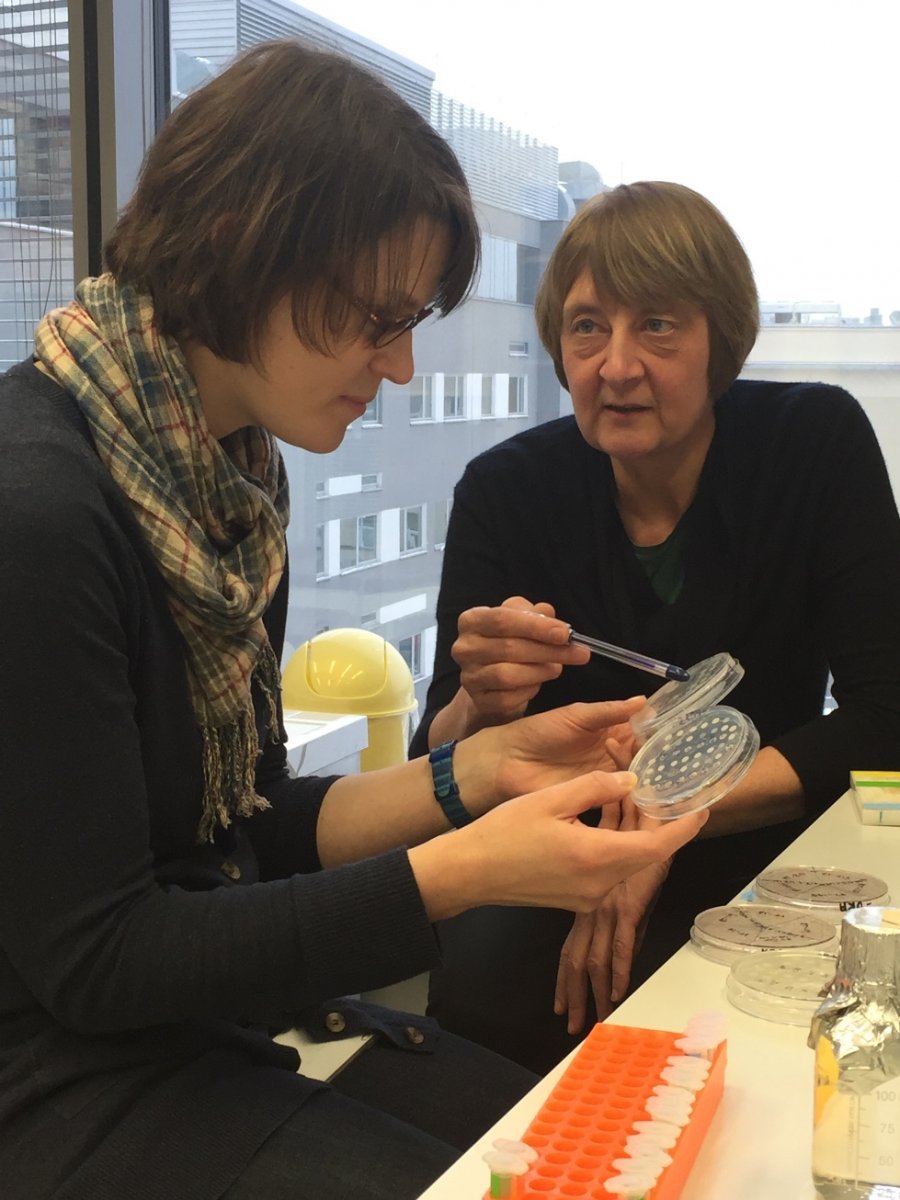 Pre-mRNA splicing is one of the basic processes necessary for correct gene expression in eukaryotic cells. Although splicing in itself is a simple transestrification reaction, it is catalysed by an exceptionally complex enzyme – spliceosom – consisting of five RNA molecules (so-called snRNA) and several hundred proteins. The structure of snRNA and proteins forming the catalytic centre of the spliceosom suggests that it most probably comes from the particles of retroelements in primary cells from which today’s eukaryotes have evolved. This origin of the spliceosom partially accounts for its extraordinarily complex and highly preserved structure. We are carrying out our research on the functioning of spliceosom using Saccharomyces cerevisiae yeast.  Due to highly developed genetic methods and its relative simplicity, this organism is a perfect model system for the study of many basic biological processes shared among all eukaryotes.

A substrate of the splicing reaction is the precursor mRNA consisting of coding sequences (exons) separated by non-coding sequences (introns). Splicing involves joining all exons by removing introns and consists of two subsequent reactions, referred to as stage one and stage two. Both stages of the reaction require relevant changes to the spliceosom structure, which undergoes dynamic transformations modelling its functions, e.g. the stabilisation of the conformation favourable for the second stage of splicing hinders stage one.

To better understand the functioning of spliceosom, we examine substrates with poor results in a specific splicing stage, and subsequently look for reasons and ways to improve the observed defect.  For instance, when examining the introns with G5A mutation, which have difficulty both in forming spliceosoms and in going through stage one of the reaction, we learnt that the introduction of cytosine-rich sequences in the exon preceding the mutated intron significantly improves the formulation of spliceosoms and the first stage of the reaction, meaning that the mutation G5A defect is mitigated. Interestingly, similar sequencing motifs are known in human cells, where they impact SR protein class, supporting the formation of spliceosom (splicing enhancers), but none of them have yet been identified in yeast.

The purpose of the project financed by the National Science Centre within the MAESTRO funding scheme is to verify the research team’s hypothesis that cytosine-rich exons compete with U6 snRNA, supporting the changes in the complex conformation necessary for the catalysis to take place. In this way we want to learn about the relationship between U6 snRNA and spliceosom's proteins which modulate conformative changes of the complex. Furthermore, we are interested in the role of pre-mRNA exon sequences in the modulations of such impacts, and therefore in their influence on the confirmative changes in splicesomes. We are currently examining the relationship between U6 snRNA and Cwc2 – a protein which influences spliceosom’s confirmative changes at the catalysis stage. Preliminary results confirm our hypothesis: mutations, and even deletions within Cwc2 protein destabilizing the U6 snRNA bond correct the defects of prp16 mutants, ATPase supporting the completion of stage one of the catalysis, and therefore they destabilize the complex conformation necessary for the catalysis to take place. We hope that our research will not only lead to better understanding of the functioning of spliceosom in yeast, but will also enable us to better understand the regulation of the alternative splicing, a process of great importance for gene expression in humans.