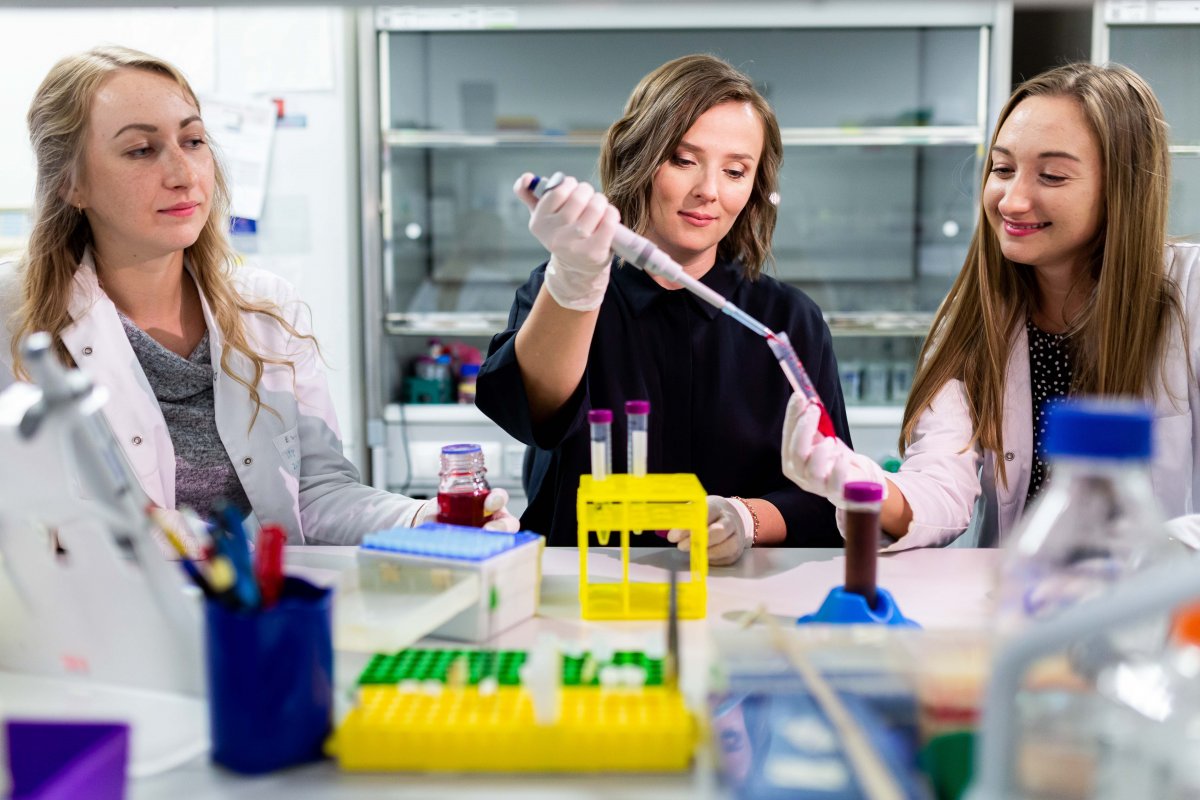 In order to keep their shape and their ability to move, human cells need to be able to maintain strict control over their cytoskeleton, a structure made up of three main systems: microfilaments, microtubules and intermediate filaments. Microfilaments are composed of polymers of actin which, to fulfil its many functions in the cell, occurs in two forms: monomeric and polymerized. The processes of polymerization and depolymerization are controlled by many proteins, including gelsolin (GSN) which, as it happens, also interacts with other proteins. More importantly, GSN is involved in tumorigenesis, even though its exact role in the process is still in dispute. The purpose of our project is to establish the role of GSN in the progression of melanoma, a dangerous tumour originating from pigment cells.

Even though GSN is coded for by a single gene, it occurs in at least three different forms (i.e. isoforms). One is secreted by the cells and another is found in the cytoplasm. Until recently, the location of the third was not known. Our research, however, allowed us to establish that it occurs intracellularly. To determine this, we created special cell clones. First, using the CRISPR/Cas9(D10A) method, we destroyed the GSN gene in one of the melanoma cell lines to obtain cells that did not produce gelsolin at all. At the next stage, we reintroduced DNA sequences coding for individual GSN isoforms. As a result, we now have multiple clones at our disposal that each produces only one type of GSN. This will allow us to test the impact of these isoforms on the migratory potential, adhesion and proliferation rate of melanoma cells. 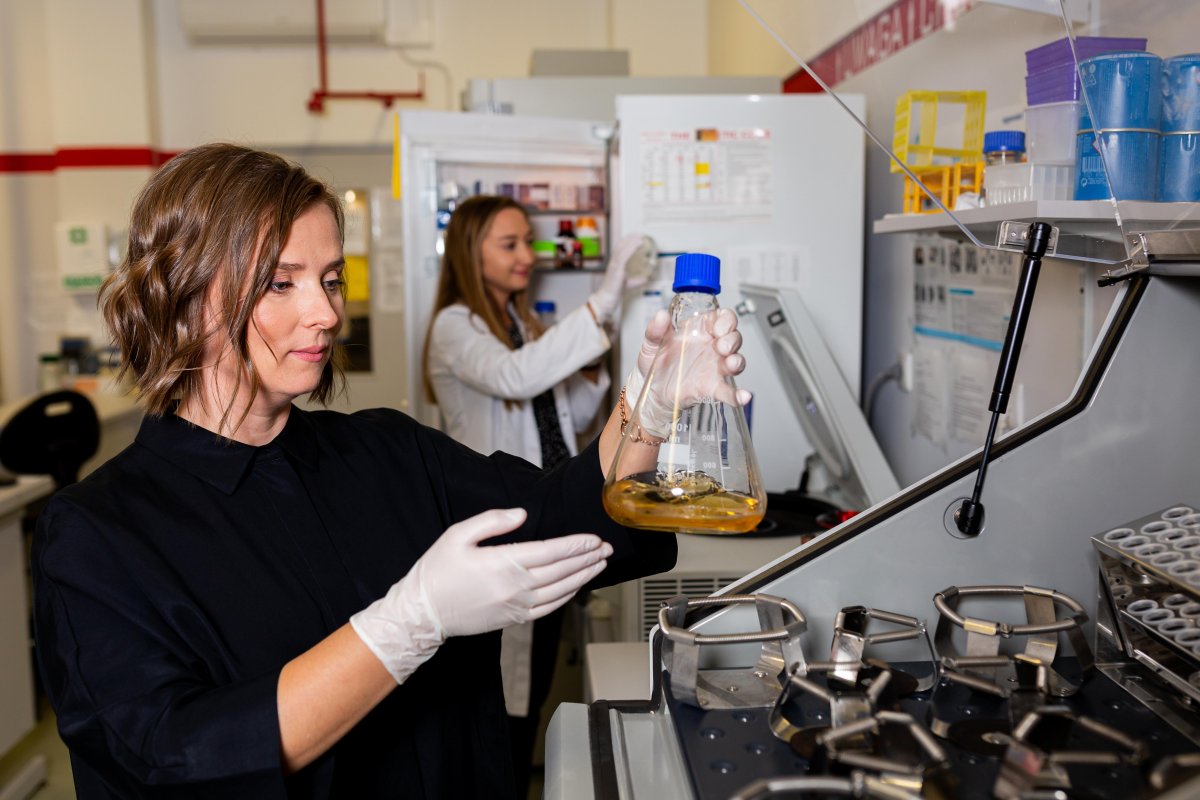 However, we do not focus exclusively on the role of various GSN types in melanoma cells. During the implementation of a previous grant, funded by the Foundation for Polish Science, we also discovered that gelsolin interacts with the non-integrin laminin receptor (LamR) in melanoma cells. LamR is found in the ribosome, but more interestingly, it plays a role in the adhesion of cells to the extracellular matrix protein (ECM), laminin. LamR is known to bind to laminin on the external side of the cell membrane; at the same time, it boosts the interaction of laminin with its primary receptors, integrins. Our objective is to test whether GSN shows any direct or indirect interaction with LamR. To this end, we are currently working to obtain recombined isoforms of GSN and LamR and check, in the test tube, e.g. which GSN isoforms do interact with LamR.

Another protein able to form a complex with GSN is integrin-linked kinase (ILK). We know this thanks to our preliminary experiments. Not unlike LamR, ILK binds to transmembrane integrins and plays an important role in cell adhesion. However, in contrast to LamR, it interacts with integrins on the cytosolic side of the cell membrane, inside the cell. In this case, we are also planning to produce a recombinant ILK to test whether GSN and ILK can directly interact with each other.

We are not working with human melanoma cells only. Thanks to our grant, we have been able to purchase the equipment necessary to use chick embryos as well. This biological research model is ideal for our purposes because melanocytes (pigment cells) in birds and mammals are generated in the same way. Our previous research reported a high level of GSN in cells and tissues derived from the neural crest, which give rise to, e.g. pigment cells. We analyse the development of melanocytes but also study other neural crest derivatives. Our findings thus far demonstrate that GSN and ILK, but not LamR, are present in nerve fibres that extend from the dorsal roots of spinal nerves. This is an intriguing result. Perhaps we will soon be able to observe differences in the mutual interactions of the three studied proteins in normal cells during embryonic development and tumour cells.

Answers to questions posed by this research project may contribute to the future development of new strategies in the treatment of melanoma. Importantly, it should be mentioned that a huge portion of the project is carried out by two talented PhD students, Ewa Mazurkiewicz and Ewa Mrówczyńska. 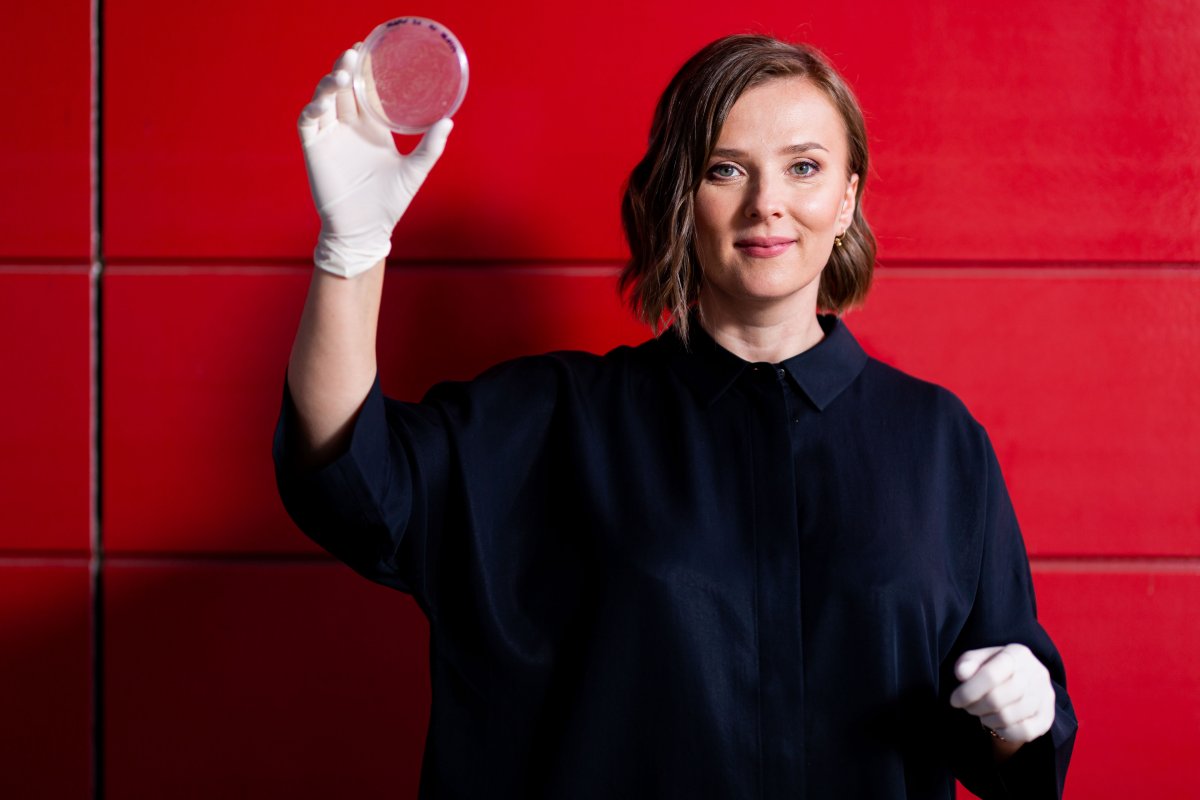 Upon her graduation from the University of Wrocław in 2003, she left for Germany, where, in 2008, she completed a PhD programme under the supervision of Professor Hans Georg Mannherz from the Faculty of Medicine of the Ruhr-University Bochum (Germany). After a further two-year post-doctoral fellowship in the same lab, she returned to Wrocław in 2010. In 2011, she became the laureate of the HOMING PLUS programme organized by the Foundation for Polish Science. Besides a SONATA BIS grant currently underway, in which she manages a team of young researchers, she also acts as the principal investigator in an OPUS research project funded by the NCN.