Large scale geometry is the geometry of spaces as viewed from infinity. Let us imagine a space composed of points with integer coordinates in a plane. In such a space we are always able to measure the distances between points the same way as in a plane. But the fact that we are dealing with a discrete space precludes the use of any tools typical for analysis or geometry, including such fundamental ones as continuity or differentiability. It is, however, intuitively clear that certain global metric properties of such a space will be similar to those of a plane. How can this be put in formal terms? 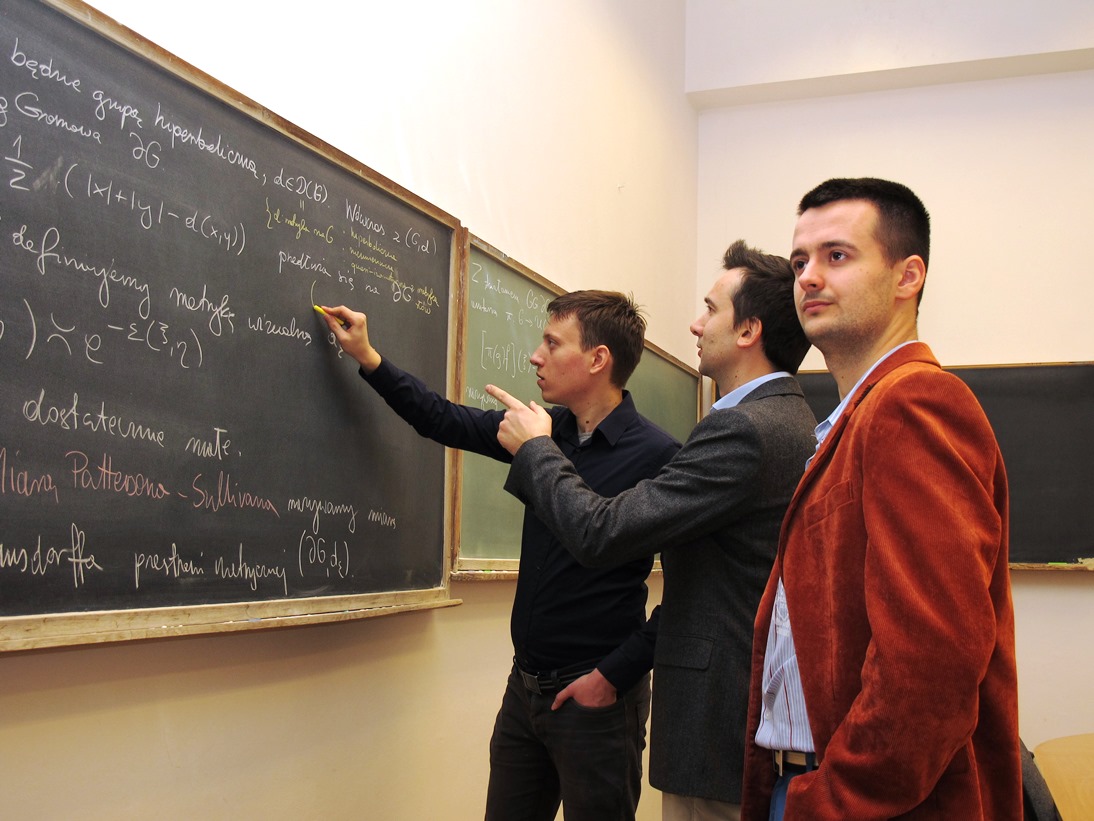 Let us view the discrete space from a gradually larger distance – like an observer moving slowly away.  The perspective will cause the points seem ever closer to one another. The farther we move, the more the space will resemble a plane. Large scale geometry is the geometry of objects as viewed from infinity. In its nature it is entirely different from many classical fields of geometry, where objects with limits are investigated– in large scale geometry every finite or limited object seen from infinity appears as a single point. Likewise, all local properties of objects or transformations between them can be omitted by merit of being indiscernible from a great distance.

Large scale geometry and its uses are the topic of an NCN-financed project, under the SONATA BIS 3 funding scheme. Our research offers an analysis of the uses of large scale geometry for what is known as index theory. Index theory forms a bridge of sorts between two fundamental fields of mathematics: analysis and topology. It studies the dependence of the number of independent solutions to certain differential equations on manifolds (i.e. certain mathematical objects) from the manifolds' topological (i.e. easily deformed) structure. Over the course of the past 20 years, large scale geometry has proved to be one of the most powerful tools enabling the proof of theorems.

In the project under the SONATA BIS 3 scheme, together with Cornelia Druţu from the University of Oxford we have discovered a new structure of certain algebraic objects, referred to as Kazhdan projections. This structure has made it possible to answer a number of unanswered questions in several fields of mathematics. In particular, the results allowed for the construction of new models of metric spaces with properties exotic from the vantage point of large scale geometry. Additionally, as a continuation of this subject, together with Damian Sawicki, MsC, doctoral candidate at IMPAN, we have managed to demonstrate that such spaces cannot be substantiated as subspaces of infinite-dimensional Euclidean spaces, or – in more general terms – Hilbert spaces and some Banach spaces. All this allows one to suspect those spaces to be, most probably, counterexamples to some well-known hypotheses. 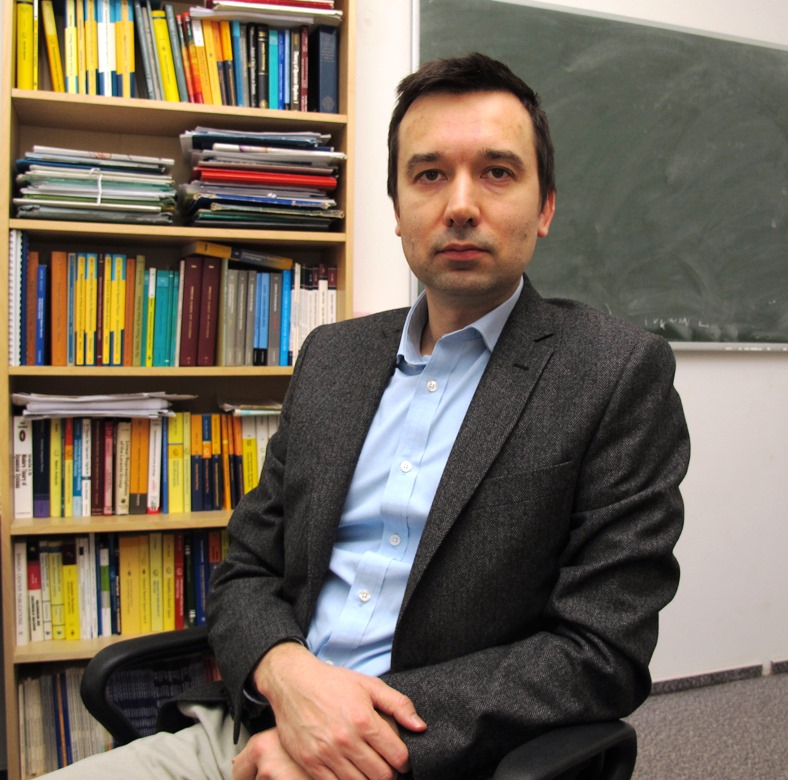 He received his doctorate in 2008 from Vanderbildt University in Nashville, Tennessee, and later worked at Texas A&M in College Station, and at the Mathematical Sciences Research Institute in Berkeley, California. Since 2012 he has worked in Poland at the Institute of Mathematics of the Polish Academy of Sciences and at the University of Warsaw. In 2014 he was a visiting scholar at Oxford. He collaborates with eminent mathematicians from  the USA, Israel, Great Britain, and other countries.

Dr Nowak is the author of more than 20 research papers. In 2012, jointly with his doctoral supervisor Guoliang Yu, he published a book-introduction to large scale geometry. He has been invited to lecture approximately 100 times at international conferences and seminars.

In the United States Dr Nowak was the principal investigator to two National Science Foundation grants. At home he carried out the Homing Plus project, financed by the Foundation for Polish Science. He is currently the principal investigator of the Large Scale Geometry project under the NCN SONATA BIS 3 call. He won a scholarship for outstanding young researchers conferred by the Minister of Science and Higher Education, and the prestigious Starting Grant, awarded by the European Research Council (2015).