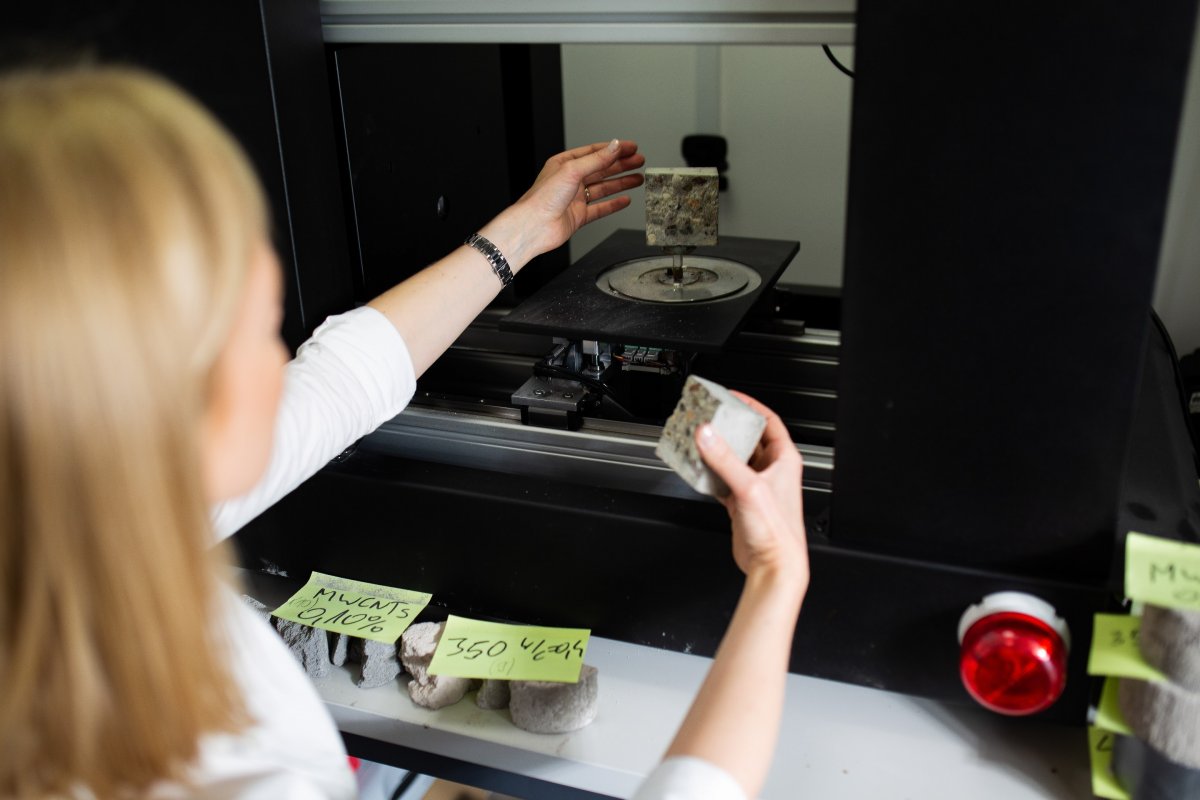 Concrete is one of the most common materials in civil engineering. The problem with concrete structures, however, is that they tend to fracture and crack with use; the mechanical properties of concrete are degraded due to environmental and operational loads. Micro-cracks appear even before a macro-crack shows up in an element. Detecting such micro-damage at an early stage of degradation is not a trivial task and plays a vital role in civil engineering.

The research project aims to enhance the safety of concrete structures, using the phenomenon of elastic wave propagation. The characteristics of waves propagating in mechanically degraded concrete clearly change, enabling early detection of developing damage. From a broader perspective, the findings of the project can be expected to significantly contribute to the development of new monitoring techniques. A reliable way to assess the degree of concrete degradation in various structural elements will allow their maintenance costs to be rationalized and extend their service life. 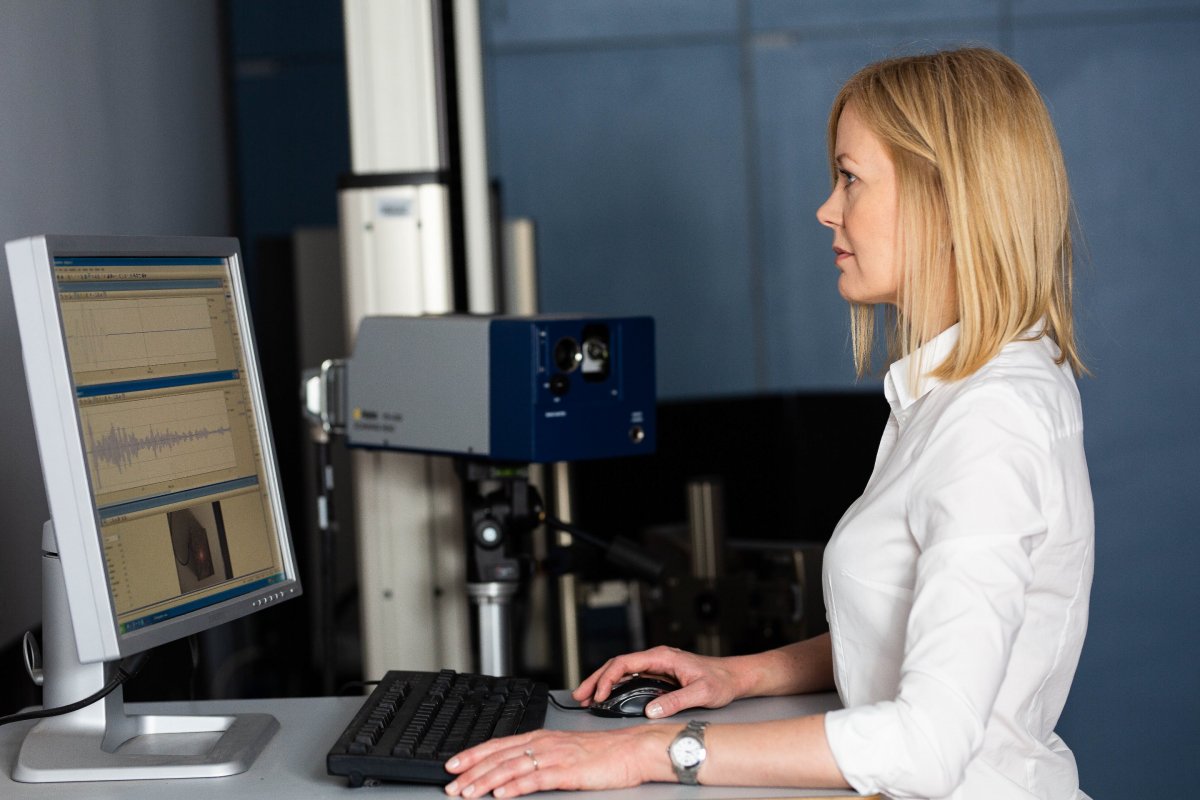 The objective of the project is to explain the mechanisms of propagation and scattering of elastic waves at the aggregate level and their interaction with micro- and macro-cracks in concrete elements subjected to quasi-static monotonic loading. The research consists of two complementary parts: experimental and numerical. The experimental stage will involve the comprehensive monitoring of the formation of micro- and macro-cracks in concrete samples by means of elastic waves. Two approaches will be used for that purpose, i.e. the ultrasonic testing where the elastic wave is generated by a piezoelectric transducer fixed to the analysed element, and the acoustic emission technique in which the wave is generated by the cracking of concrete. In addition, the computed micro-tomography will be used for imaging of the 3D meso-structure and fracture evolution in concrete.

Since the structure of concrete is discontinuous and heterogeneous, the mechanism of elastic wave propagation in concrete elements will be described by means of an advanced mathematical model, based on the discrete element method (DEM). The numerical part of the project will use a four-phase concrete model composed of aggregate, cement matrix, air voids and interfacial transitional zones around the grains of the aggregate. The calculations of elastic wave propagation in concrete elements will take into account their actual meso-structure obtained by the computed micro-tomography.

These combined experimental and numerical studies will provide a new insight into the propagation of elastic waves in heterogeneous materials. We will investigate the influence of the meso-structure of concrete on the scattering of elastic waves, and define the relationships between micro- and macro-cracks on the one hand and the characteristics of acoustic and ultrasonic waves propagating at the aggregate level on the other. New algorithms will be developed to detect micro-defect zones before the appearance of visible damage. 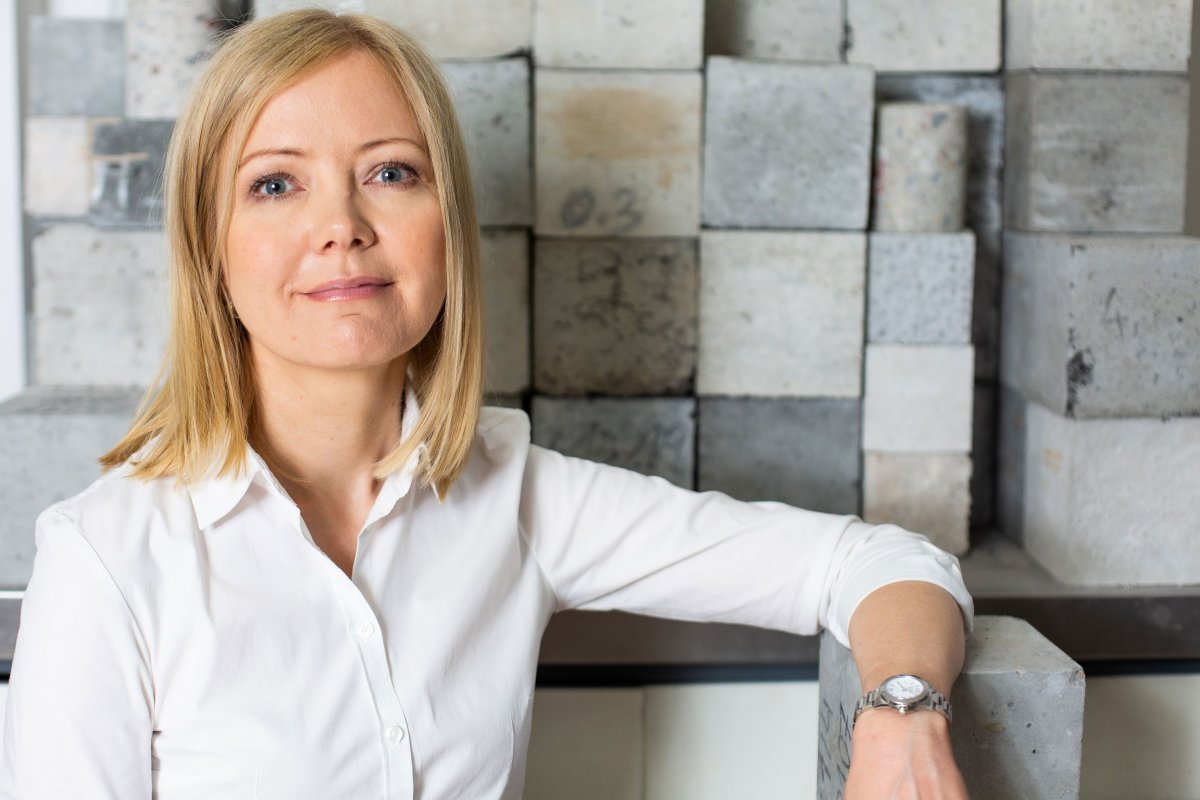 Graduate of the Faculty of Civil and Environmental Engineering at the Gdańsk University of Technology (2002), she is currently the Head of the Mechanics of Materials and Structures Department. She earned her PhD in 2005, her habilitation in 2011 and the title of professor in 2020. She is a specialist in structural dynamics and non-destructive testing of structures. Her research interests centre on damage detection, mainly with the use of ultrasonic and electromagnetic wave propagation methods. She has won a number of awards and distinctions, e.g. the Prime Minister’s Award, scholarships awarded by the Foundation for Polish Science and the Ministry of Science and Higher Education, and the Science Award of the Fourth Division of the Polish Academy of Sciences (PAS). She used to be a member of the Young Scientists Academy of the PAS (first term) and now sits on the Committee on Civil Engineering and Hydroengineering, PAS.