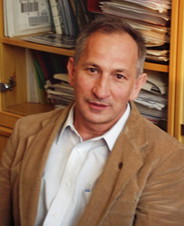 The subject of our research (and conceptual work) in this project consists of selected topics in condensed matter physics of systems with strongly correlated electrons. Among the topics are: (i) microscopic theory and interpretation of high-TC superconductivity and that of heavy-fermion systems, both considered within the original approach and real-space mechanism, (ii) detailed understanding of quasiparticle properties of the strongly correlated systems by extending the concept of Landau quasiparticle, e.g. by showing the spin-direction dependence of its effective mass, and (iii) analysis of a renormalised-by-correlations wave equation for a single quasiparticle in the milieu of other correlated particles. As our principal result, we regard the construction of phase diagrams involving stable magnetic and superconducting phases and the quantum phase transitions related to them, i.e., those appearing as a function of microscopic (or macroscopic) parameters other than temperature (i.e., appearing in the many-body ground state).

This project consists of research in basic science, including its fundamental aspects and involves a search for novel quantum critical points and new quantum (non-Landau, non-Fermi) liquid states. The research will be carried out in our group created with the help of the program, TEAM, awarded by the Foundation for Polish Science (FNP) for the years 2011-14. The present project, MAESTRO (2012-17), will help us to consolidate the former research, and, among others, go beyond the so-called Renormalized Mean Field Theory (RMFT) that was utilised to study high-TC and heavy-fermion superconductivity in the years 2011-12. The extension beyond RMFT involves solving the Hubbard and the t-J models, as well as the periodic Anderson-Kondo model, by employing the so-called Diagrammatic-Expansion for the Gutzwiller-Wave-Function (DE-GWE). In this manner, the full Gutzwiller-Wave-Function (not Gutzwiller-ansatz) approach will be discussed for the first time for the dimensions1<d<∞ (the actual calculations will be carried out in d=2, for the case of square lattice).

As a second subject, we plan to elaborate, in a monographic manner, the electronic properties of the correlated systems with spin-dependent masses. Here, the 20 year experience of the project leader should result in comparing quantitatively the theoretical concepts with a direct experimental determination of those spin-split masses in a strong applied magnetic field. This is our dream project and experimental measurements are to be carried out in the recently established Academic Center for Materials and Nanotechnology (ACMIN) located at AGH University of Science and Technology, Kraków.

The correlated systems are also characterised by the fact that there appears to be a tightly connected coexistence/competition of magnetism (usually antiferromagnetism) with unconventional superconductivity, the latter involving then as a rule a coexistence of the spin-singlet and the spin-triplet components in the pairing on a microscopic level. This unified description comes out naturally within our magnetic-interaction induced pairing. Within the project, we would like to provide such a unified approach to the coexistence of magnetic-superconducting phases and determine the regime of their stability against pure magnetic and pure superconducting phases. Finally, on the basis of this formalism, we would like to determine the universal character of pseudogap, defined here as magnetic correlations appearing in a system without magnetic long range order.

A detailed characterisation of our group can be found at the following address: http://th-www.if.uj.edu.pl/ztms/eng/index.php.

Professor of physics and the head of the Condensed Matter Theory and Nanophysics Department in the Institute of Physics at Jagiellonian University (UJ), as well as at the Faculty of Physics and Applied Computer Science at AGH University of Science and Technology, both located in Kraków. He has been awarded the special grant MAESTRO for the years 2012-2017 by the National Science Centre (NCN), as well as the grant TEAM for the years 2011-14 by the Foundation for Polish Science (FNP). He is also the research line leader in the Academic Centre for Materials and Nanotechnology (ACMIN) located at AGH. He has a research group of 12 people interested in the theory of strongly correlated fermions (UJ) and in the ultralow properties of materials (AGH). He has been awarded the Maria Skłodowska-Curie prize from the Polish Academy of Sciences. He is also a foreign member of Accademia di Scienze e Lettere located in Milan (Italy).  He has supervised 18 PhD students and has currently 6 PhD students under his supervision at UJ and AGH. 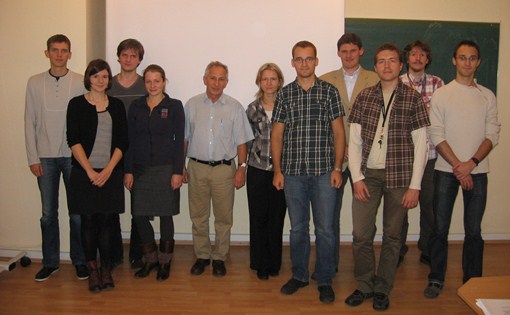