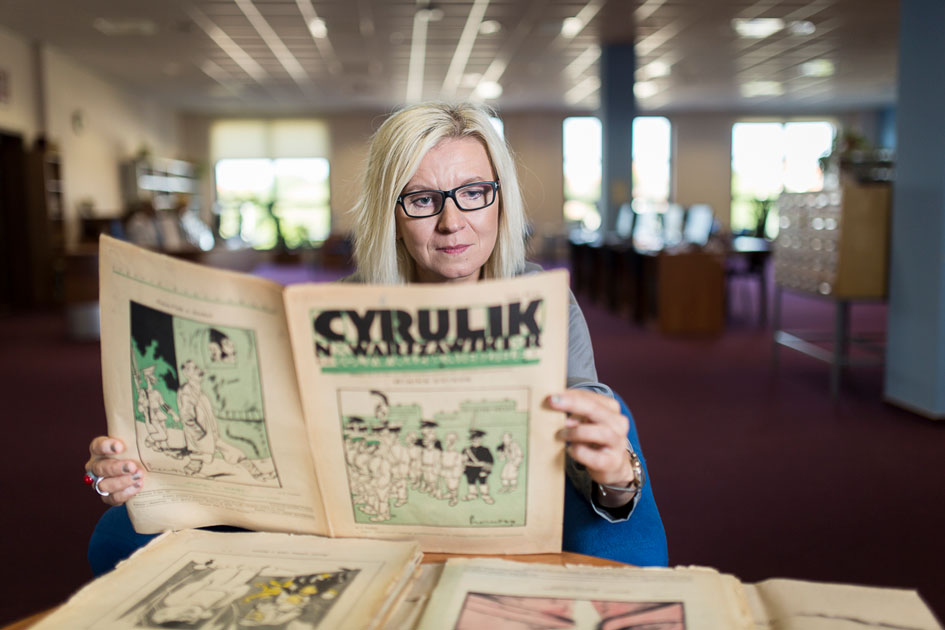 Against the masculinist landscape of the first decades of the 20th century, Polish military masculinity stands out not only for its special historical image, but also its political status. In the period leading up to the First World War, Polish culture did not employ the tripartite reference system state – nation – politics that had shaped western conceptions of "classical" militarism and masculinism. Polish military masculinity had to constitute itself in isolation from its own state structures, in the shadow of strong partitioning powers and their hegemonic masculinities, but continued a national heroic tradition and thus reflected the mental structures of long duration.

The objective of the research project carried out in 2014-2017 was to describe how Polish masculinity was constructed in the period leading up to the Great War, in the conditions of dependence from partitioning powers with their own consolidated military traditions and institutions, and to analyse the war experience of Polish soldiers from the perspective of the history of masculinity (taking into account, on the one hand, the "elitist" character of the Polish Legions, and on the other, the mass recruitment of soldiers to fight for the partitioning powers). The research project also investigated the role of military masculinity in the new state, both in the 1920s and during the remilitarization of Europe (in the following decade), which culminated in the outbreak of the Second World War. Cultural and political processes were discussed to contextualize a reflection on masculinity in the wartime constellation of power – body – emotions and an interpretation of literary works and selected pieces of visual art that manifested, and at the same time deconstructed, military masculinity. The methodology behind the interpretation treated cultural texts as sources of knowledge about gender constructions, archives attesting to the continuity of cultural myths, media "agents" participating in the discursive processes of the "formation" of military masculinity, but also as a platform where its patterns, norms and staging forms are critically analysed and deconstructed. 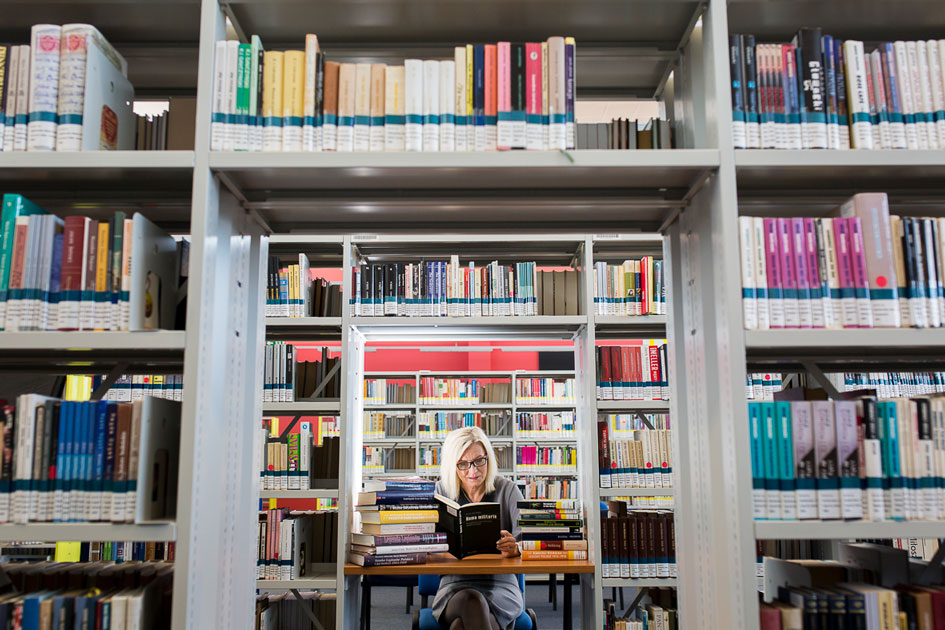 The project provided a comprehensive analysis of the phenomenon of soldiership in the context of the First World War, presented in a monograph entitled Habitus żołnierski w literaturze i kulturze polskiej w kontekście Wielkiej Wojny [The Soldier's Habitus in Polish Literature and Culture in the Context of the Great War] (Kraków: Universitas 2017) and ten articles in collective volumes and journals, mainly on the international forum. The imperatives of the national liberation struggle, which implied the need for military action and problematized pacifism, caused Polish literature to get "implicated in soldiership". However, it featured not only images of incontrovertible heroes, "mad patriots", but also images of active participation in the "craft" of killing, anti-heroism and oppression. A critical interpretation of the heroic paradigm and the inclusion of a broad spectrum of material allowed cultural texts to be probed for the aporias, conflicts and contradictions inherent in the construction of military masculinity, made up of actions and interactions, bodies and discourses, and constituted by media texts and images. The military habitus is strictly linked to the national habitus, creating an intersectional construction built from historical, geographical, mental, social, local and situational elements, a combination of factors supplied by culture, history, ideology and geography. A characteristic feature of Polish military masculinity, which resurges and regenerates over and over again due to anachronistic memorial discourses still preserved in the national imaginary and continues to influence the gender system, is  a specific meaning attributed todeath and sacrifice. The analysis of war and postwar culture leads to  the conclusion that patterns of military masculinity may be renegotiated in different historical situations. Narrations in which masculinity is functionalized, dehumanized or humiliated in a war or peace context cannot compete against the appeal of the figure of the soldier, the uniform and the military parade. Masculinist cultural norms display immense generative power, which is why knowing the history of Polish masculinity and its cultural representations allows us to better appreciate the importance of masculine patterns for Polish culture and mentality and to understand their contemporary emanations. 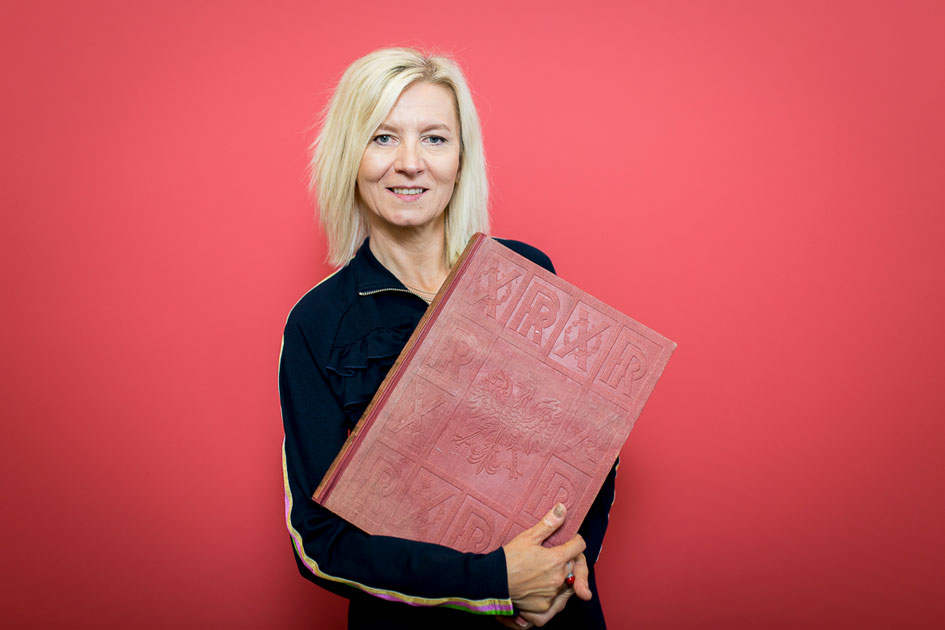 A literature and culture scholar, she studied German Philology at universities in Rzeszów, Erfurt and Hamburg. In 1998, she earned a PhD with honours, and in 2007, she completed her habilitation at the University of Wrocław. Since 2007, she has served as the Head of the Culture Studies Unit at the Department of German Philology of the Kazimierz Wielki University in Bydgoszcz. She has held scholarships from the Foundation for Polish Science, German institutions such as Alexander von Humboldt-Stiftung and Deutscher Akademischer Austauschdienst, and the Austrian government. She has completed numerous research stays at universities in Vienna, Berlin, Bielefeld, Cologne and Mainz, and taken part in more than 70 academic conferences in Germany, Austria, Switzerland, Belgium, Greece, Spain, Norway, the USA, South Africa and Poland. Her research interests focus on literary and cultural studies and include 20th- and 21st-century German-language literature, the writings of Elfriede Jelinek,, masculinity studies, war and violence studies,  representations of space, atmosphere, love and desire in cultural texts. She has penned four monographs: Dekonstruktion des Mythos in ausgewählten Prosawerken von Elfriede Jelinek (Frankfurt a. M., Peter Lang, 1998), Männer in Blau. Blaubart-Bilder in der deutschsprachigen Literatur (Köln/Weimar/Wien, Böhlau, 2005), Militärische Männlichkeiten in Deutschland und Österreich im Umfeld des Großen Krieges. Konstruktionen und Dekonstruktionen (Würzburg, Königshausen & Neumann, 2011), Habitus żołnierski w literaturze i kulturze polskiej w kontekście Wielkiej Wojny (Kraków, Universitas, 2017) and numerous articles published in, e.g. Journal of Austrian Studies, Colloquia Germanica, Zeitschrift für Germanistik, Sprachkunst, Fabula, European History Yearbook, Wiek XIX, Przegląd Humanistyczny.