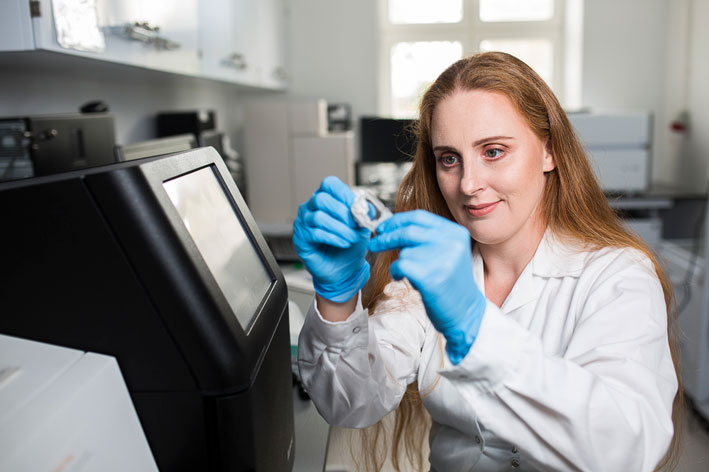 “I suffer from retinal degeneration. What are my treatment options? Can its progression be stopped? I hear that the disease is hereditary; what is the risk that my child will also get it?” Similar questions abound on social media, online discussion forums and support groups for the blind and the visually impaired. The psychological burden associated with eye disorders, especially degenerative diseases, is enormous. At the moment, unfortunately, Polish ophthalmology has little to offer to such patients. In practice, because of the prohibitive cost of current methods in Poland, individuals with degenerative retinal diseases have no access to genetic testing. In addition, available tests are based on genetic mutations identified in Western populations, which probably do not match the exact genetic profile of Polish patients. Many gene therapies for hereditary retinal diseases (such as Leber's congenital amaurosis (LCA) or Stargardt disease) are being tested in clinical trials around the world, and many more are in the animal testing phase. In order to access these programmes, however, patients need to show evidence of mutation in the specific gene studied in the trial.

Since more than 120 different genes thus far have been associated with (non-syndromic) hereditary retinal diseases, traditional diagnostic approaches are no longer suitable for detecting mutations in all genes. In recent years, a new detection method has revolutionised the diagnostics of hereditary disorders around the world. Known as next-generation sequencing, the technique makes it possible to identify the causative mutation in a given patient owing to the simultaneous analysis of many genes. The research project in question has employed this technology to build a genetic profile of Polish patients suffering from degenerative retinal diseases and to determine the incidence of detected mutations in the Polish population. Statistically, approximately 20% of the patients suffer from retinal diseases whose genetic basis is still unknown. Whenever a causative gene mutation is not found in a given patient, we will look for new genes involved in the disease. The findings of the research project will contribute to the development of an effective and inexpensive diagnostic plan in the future. 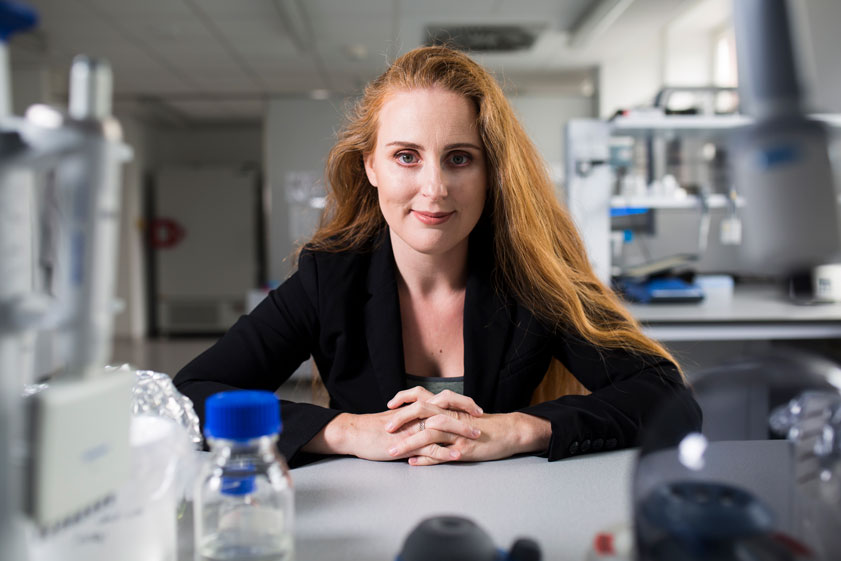 Head of the DNA Analysis Lab at the Polish Centre for Technology Development (formerly the Wrocław Research Centre EIT+) since September 2015. In 2008, she completed a PhD programme at the Medical University of Gdańsk under the supervision of Prof. Janusz Limon; her dissertation concerned the genetics of myeloproliferative disorders. In 2010, owing to upheavals in personal life, she started another PhD programme in Nijmegen, the Netherlands, under the supervision of Prof. Frans Cremers and Dr Rob Collin, where she focused on the genetic basis of hereditary retinal disorders. She earned her second doctorate, this time in ophthalmic genetics, in 2014. She has published scientific articles under her maiden name, Siemiątkowska, and her married name, Tracewska-Siemiątkowska; to this day, she has authored and co-authored a total of 24 publications, achieving the h-index of 10. Anna Tracewska has received funding for four projects, the last of which is entitled “Towards the light: unravelling the genetic basis of hereditary retinal diseases in Poland” and aims to determine the genetic profile of patients with genetic retinal diseases, with a view to lowering the diagnostic costs of these disorders in Poland.