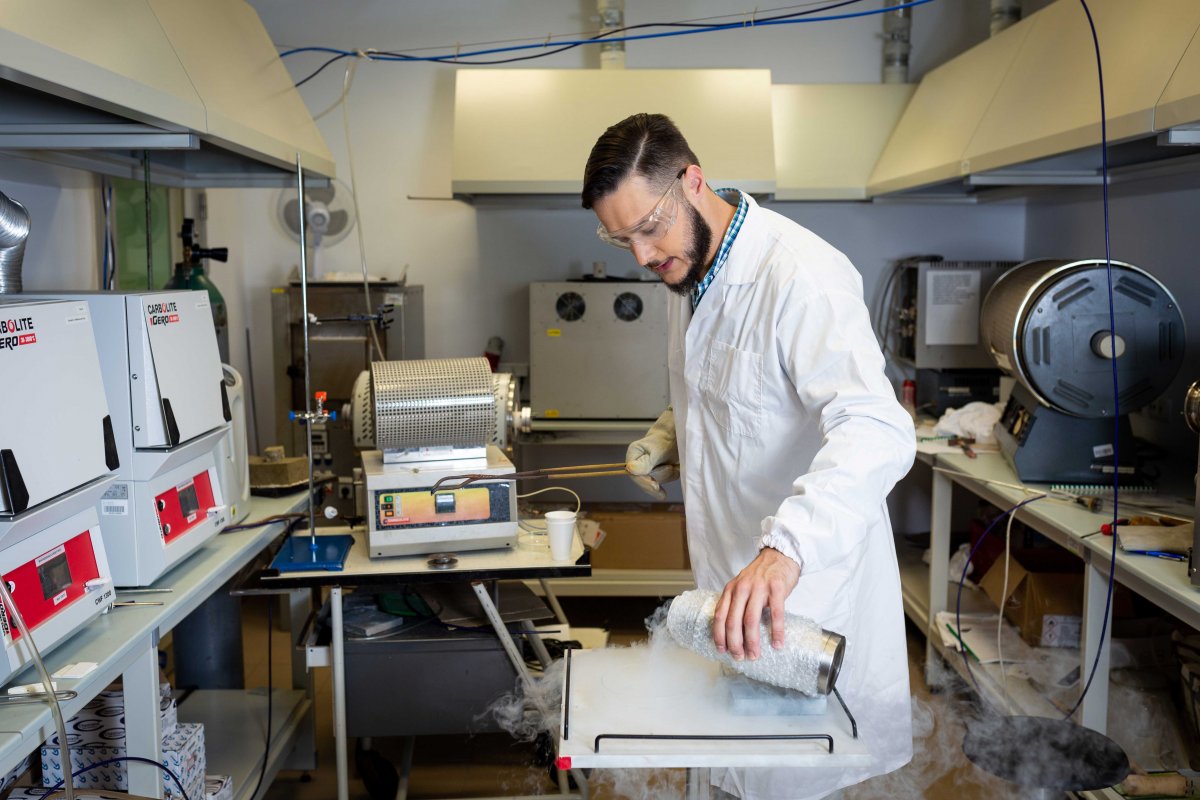 Entitled Functional Grading by Key Doping in Catalytic Electrodes for Proton Ceramic Cells (FunKeyCat), the project aims to develop new ceramic materials for fuel cell electrodes, which will allow electric power to be produced from hydrogen fuel. Another possible application would be to build steam electrolysers, i.e. machines that use electric power to split water vapour into pure hydrogen and oxygen. Both these devices are key elements of so-called hydrogen technologies which, together with renewable energy, contributes to creating self-sufficient power systems. Using steam electrolysers and renewable energy to produce hydrogen enables energy storage, and fuel cells can convert hydrogen into electric power whenever and wherever it is needed. The objective of the FunKeyCat project is to look for new solutions in the area of electrode materials, which could make these devices more efficient and speed up their commercialization.

The main limitation of high-temperature cells and electrolysers with a ceramic proton conductor is the lack of appropriate materials for positrodes, i.e. electrodes with a positive electric potential. The requirements are difficult to meet: the materials must exhibit mechanical strength and resistance to high temperatures and water vapour, act as good conductors for as many as three charge carriers: electrons, oxygen ions and protons, as well as show thermomechanical compatibility with other elements of the cell. As it happens, no materials that meet all of these requirements have thus far been developed. However, there are many that meet most of the criteria. The strategy in the project is to design a positrode that would undergo a gradient change in chemical composition. This is to ensure that different parts of the electrode will have different properties and play different functions. In this case, a single material does not need to meet all the requirements – they will be met by the gradient electrode as a whole. 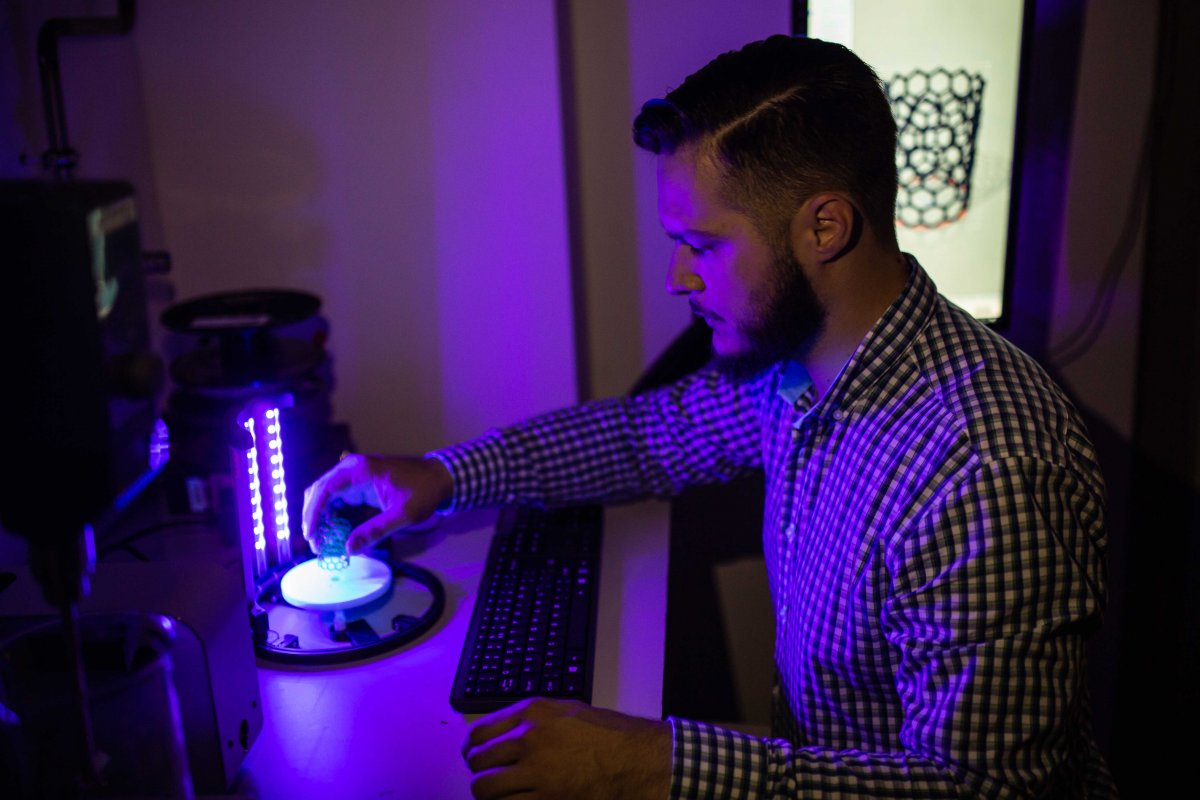 Another challenge is to boost the catalytic activity (i.e. the ability to “speed up” chemical reactions, which directly determines the performance of the device) of cells and electrolysers. The FunKeyCat project will involve “decorating” the surface of electrodes with highly active oxide nanoparticles. The nanoparticles will be produced by exsolution, i.e. directly precipitated from the electrode material. The method allows the number and size of resultant nanoparticles to be controlled, which are also strongly anchored to prevent degradation. In addition, when degraded, nanoparticles created through exsolution can be regenerated, which is why electrodes that contain them are often referred to as smart or self-healing materials.

FunKeyCat will be carried out by researchers from four different institutions based in three countries: the University of Oslo and SINTEF in Norway, the Research Institute of the Spanish National Research Council (Consejo Superior de Investigaciones Cientificas, CSIC) in Valencia, Spain, and the Gdańsk University of Technology. It will last three years and receive funding within the framework of the European research network, M-ERA.NET, members of which include institutions such as, e.g. the National Science Centre. 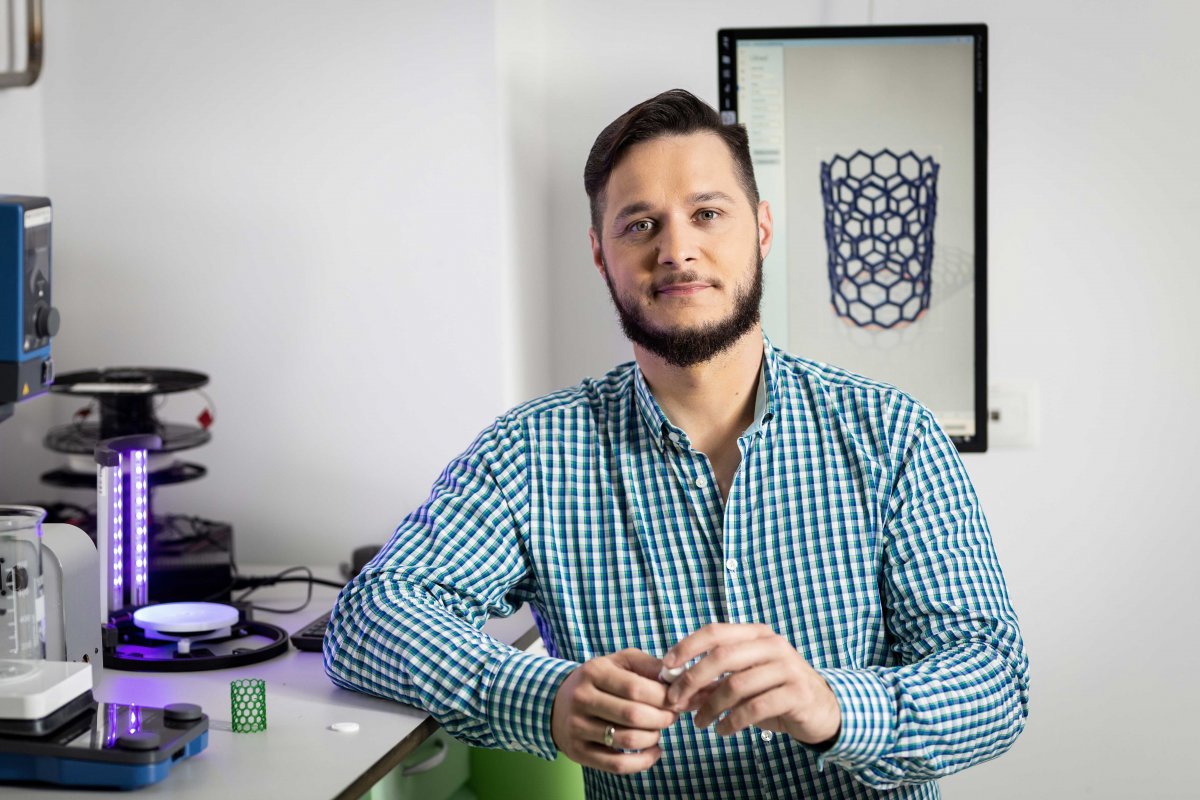 Dr Wachowski graduated in Technical Physics: Nanotechnology from the Gdańsk University of Technology and, following his MSc thesis defence in 2012, went on to complete a PhD programme at the same university. In this period, he completed two research fellowships at the University of Oslo and finally earned his PhD degree in 2017. Since 2016, he has been employed at the Gdańsk University of Technology. In his academic career, Wachowski places a strong emphasis on cooperation, especially on an international and interdisciplinary scale. Ongoing since 2014, his collaboration with the University of Oslo has now led to the second joint project funded under the M-ERA.NET initiative.