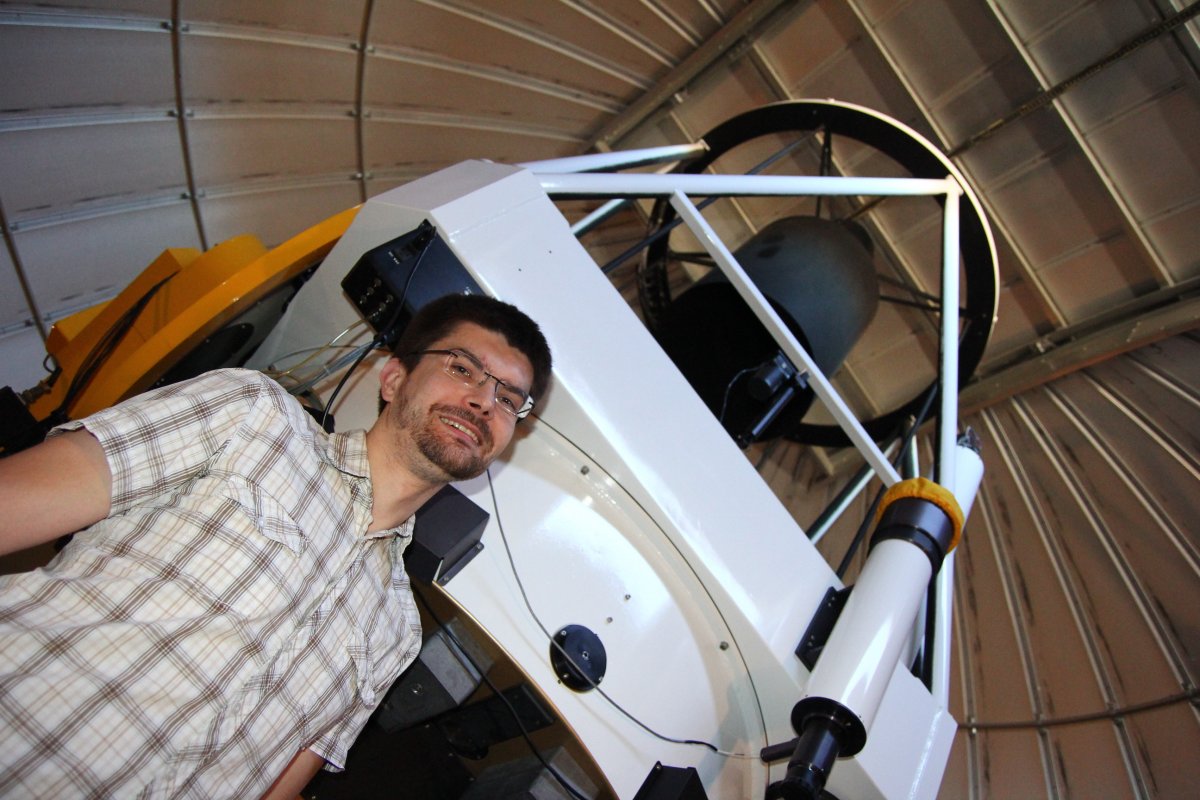 Dark Matter remains one of the greatest mysteries of the Universe. There is proof for the existence of something we cannot see directly but clearly influences how stars behave in galaxies. The concept of Dark Matter was first proposed 80 years ago, however we still do not have any idea what it is. One of the ideas was that Dark Matter existed in the form of dark objects the size of planets or stars, dubbed Massive Astrophysical Compact Halo Objects (MACHOs).

In 1986, the Polish astronomer Bohdan Paczyński suggested a new method to test that hypothesis, using the phenomenon of gravitational microlensing. This effect, predicted by Albert Einstein, causes the bending of light rays of distant stars by the gravitational pull of compact and dark objects. Paczyński hypothesised that if our Galaxy contained a large quantity of MACHOs, then we should be able to see their signature as gravitational microlensing events, which are temporal brightenings of distant stars. However, monitoring of millions of stars over the last 20 years, in particular by the Polish OGLE (Optical Gravitational Lensing Experiment) project, run by the University of Warsaw, has revealed very few such events. This indicates that MACHOs the size of stars and planets are not as common as hoped and thus cannot account for any significant fraction of Dark Matter.

In search of black holes

Nevertheless, there still remains a window for a possible interpretation of at least a small portion of Dark Matter – namely black holes that are more massive than regular stars. Black holes are very hard to detect and those found so far were detected thanks to their interaction with the environment or their stellar companions. The main aim of this project is to detect, for the first time, single non-interactive black holes and to derive their mass. For this purpose, we will use the effect of gravitational microlensing, which causes both temporal brightening and a subtle offset in the observed position of a distant source star. The shift in position is so minute that measuring it was unachievable so far with existing observatories. An opportunity will be provided by the European Space Agency’s mission Gaia, launched in December 2013. Gaia should be able to detect tiny changes in the position of the lensed star, which should allow one to determine the mass of the lensing object when supplemented with the ground-based observations from the OGLE project. The heavier the lens, the larger the astrometric offset and the chance for detection of a black hole. Within this project, in co-operation with the Institute of Astronomy of the University of Cambridge, where the Gaia data will be processed, we will prepare dedicated software for the analysis of Gaia-collected data, which will enable us to identify a temporal astrometric anomaly. Moreover, we will initiate and coordinate the ground-based observations required for the anomaly confirmation and determination of the mass and distance of the lens. The results of this project will help determine the abundance of black holes in our Galaxy and provide new clues to the mystery of Dark Matter.

Born in Choszczno. Graduated from the Department of Physics of the University of Warsaw. Member of the OGLE team since 2000. In his PhD thesis, defended at Warsaw University Astronomical Observatory in 2005, he studied gravitational microlensing events in the Milky Way. Also in the Warsaw Observatory, he obtained his habilitation degree in 2012 for research on Dark Matter. Worked as a researcher in Israel, Manchester and at the University of Cambridge, where he got involved in the European space mission Gaia. Currently his research concentrates on Dark Matter studies with lensing phenomena and Dark Energy studies with supernovae explosions.