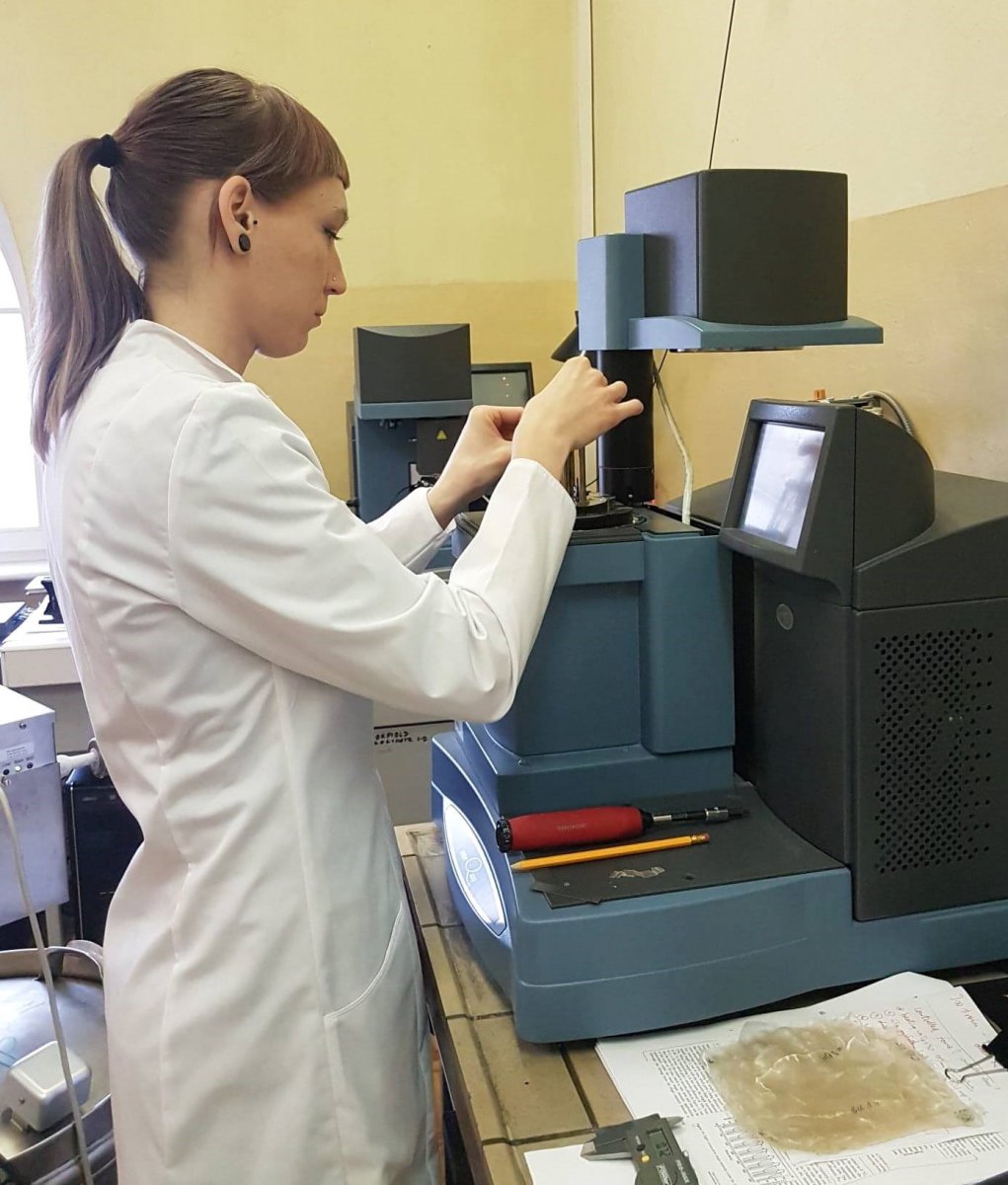 The purpose of the project is to obtain deep eutectic solvents, primarily derived from naturally occurring materials, and investigate their possible applications in the processing of starch, e.g. to produce viable alternatives to plastic.

Highly resistant to biodegradation, petrochemical products place a serious burden on the environment. As we contemplate the towering garbage heaps and the floating islands of rubbish around the world, we begin to realize the enormous scale of the problem. Last year, the European Union voted to ban certain single-use plastics produced from petroleum derivatives by 2021. An alternative to such materials is provided by biodegradable polymers, including natural compounds such as polysaccharides and artificial polyesters synthesized from naturally occurring chemicals (e.g. polylactide – PLA). One such naturally occurring polysaccharide is starch. While native starch cannot be directly processed to produce "plastic", it may be modified to facilitate such processing through a process known as thermoplasticization, which takes place in the presence of a plasticizer under an elevated temperature and pressure. Thermoplastic starch polymers (TSPs) are biodegradable and safe for the environment. TSPs and their mixtures can be used to produce disposable cutlery, raincoats, packaging, bags and mulches (layers applied for protection to trees and bushes in winter). Modifiers employed to obtain thermoplastic starch include glycerine, formamide, glycols and ionic liquids. Each of these agents, however, has certain disadvantages. Glycerine, for instance, strongly interacts with humidity and leads to the retrogradation of starch (whereby its crystalline structure is restored, increasing brittleness; the same phenomenon makes our bread stale), while formamide is toxic and ionic liquids are still too expensive. Ionic liquids, however, may be replaced by deep eutectic solvents (DES), which exhibit similar properties. Eutectics are defined as mixtures or alloys whose melting point is lower than that of their individual components. A case in point we all know from daily life is the mixture of salt and water (used to lower the melting point of snow). DES (based on organic materials) are a relatively new concept, introduced in scientific literature in 2003. They are cheap, easy to prepare and non-toxic; importantly, they can be obtained from naturally occurring compounds.

Research on starch processing has mostly focused on mixtures of choline chloride with urea or glycerine, but many possible combinations have not yet been studied, which is a problem the present research project addresses. Some components used to produce thermoplastic starch occur in solid form, which makes, e.g. starch extrusion difficult, but, when added in the form of a eutectic solvent, they may help dampen starch, facilitate mixing and serve as lubricants during extrusion. Starch products modified by these new plasticizers will be tested for their mechanical and sorptive properties (e.g. water swelling), as well as their tendency to recrystallize after prolonged storage. All these characteristics translate into the utility of the end product. The research project has managed, e.g. to develop versatile DES (which can be used as plasticizers and cross-linkers that upgrade the mechanical properties of starch, which may then be used to produce liquid-absorbent foils), edible systems and water-soluble TSPs with a high urea content, which can be used in agriculture. Until now, nobody in Poland has studied the application of DES in polysaccharide processing and modification, even though the materials are cheap and readily available. 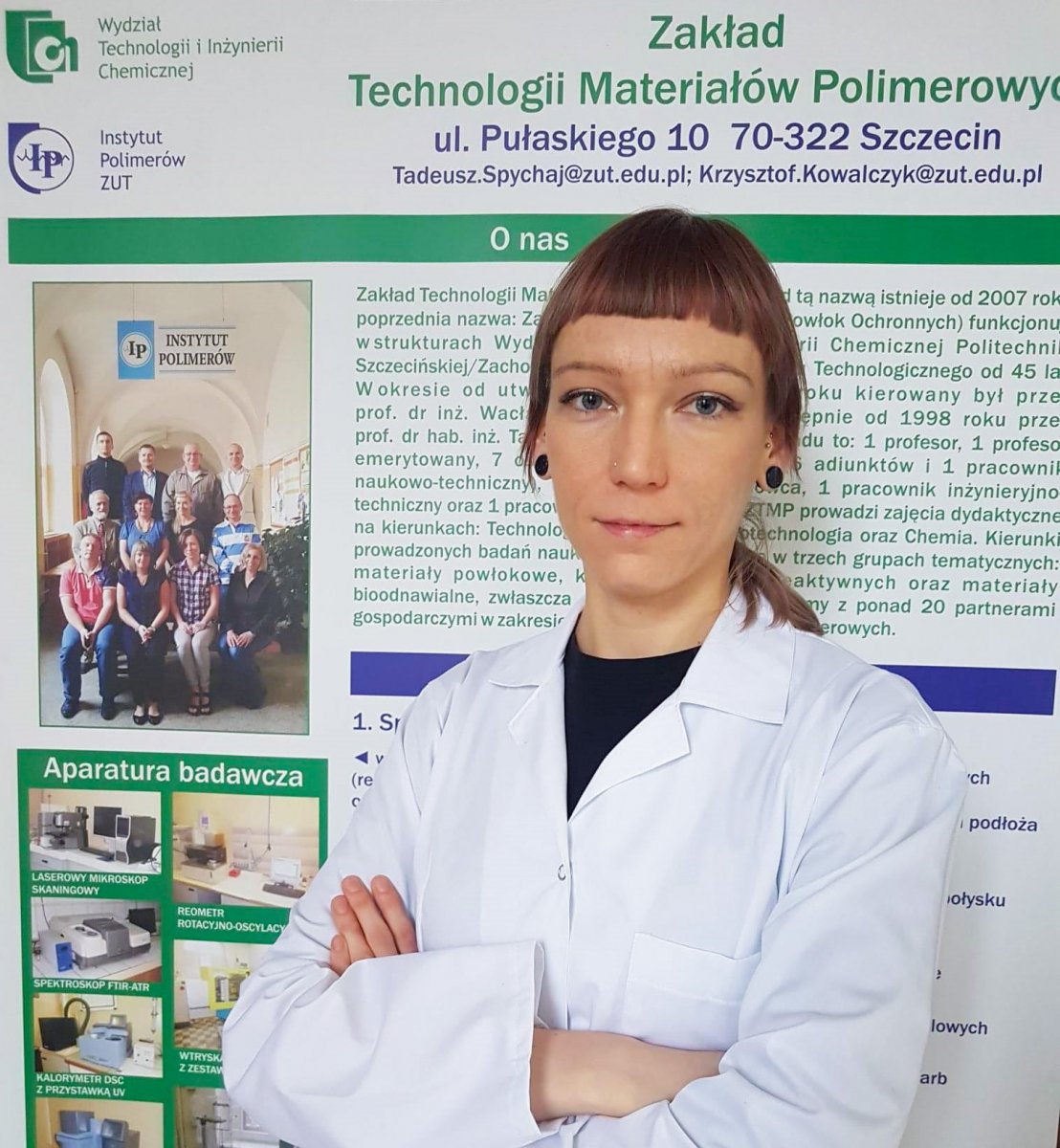 Dr Eng. Magdalena Zdanowicz completed her MSc studies in environmental protection in 2009, and in 2014 defended a doctorate in chemical technology at the West Pomeranian University of Technology in Szczecin. She has authored and co-authored many scientific publications and several patents. In 2015, she was awarded a 6-month scholarship to study in Karlstad, funded by the Swedish Institute. She is currently employed at the West Pomeranian University of Technology, where she pursues her research interests.