Neutrinos are the most elusive particles as they have extremely weak interactions with all other particles. They have rather unique properties and are even expected to be identical with their own antiparticles. So far this property is, however, not experimentally verified even though many studies of neutrinos undertaken over the last 60 years have already boosted our understanding of elementary particle physics. Now scientists from the GERDA collaboration have obtained new strong limits for the so-called neutrino-less double beta decay which tests if neutrinos are their own antiparticles. The result has various important implications for cosmology, astrophysics and particle physics and it adds information about neutrino masses.

Besides photons, neutrinos are the most abundant particles in the Universe. They are often called `ghost particles’, because they interact extremely weakly with matter. They are therefore an invisible, but very important component of the Universe and could carry as much mass as all other known forms of matter put together − albeit traveling at almost the speed of light over vast distances. Their tiny mass also has important consequences for the structures in the Universe and they are a driving element in the explosion of Supernovae. Yet their most remarkable and important property was proposed by Ettore Majorana in the 1930s: Unlike all other particles that form known matter around us, neutrinos may be their own antiparticles. 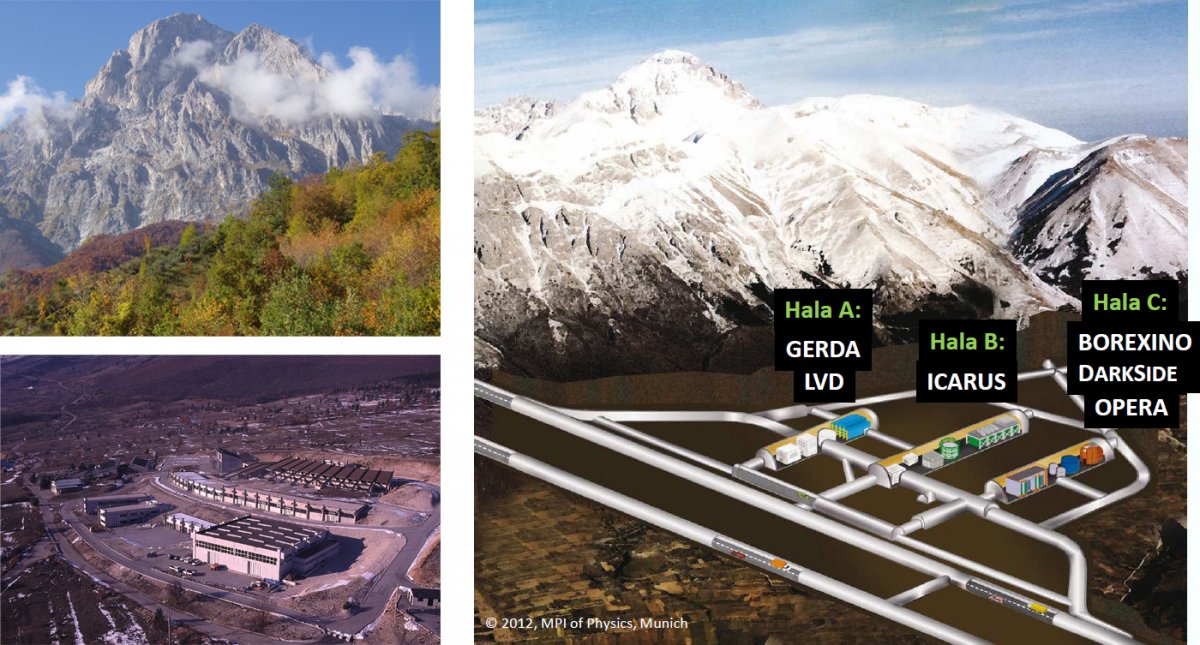 The GERDA (GERmanium Detector Array) experiment, which is operated at the Laboratori Nazionali del Gran Sasso underground laboratory of the Istituto Nazionale di Fisica Nucleare in Italy, is aiming to resolve the question whether neutrinos are in fact their own antiparticles, and to determine their mass. GERDA looks for so-called double beta decay processes in the germanium isotope Ge-76 with and without the emission of neutrinos, the latter being a consequence of the Majorana properties. In normal beta decay, a neutron inside a nucleus decays to a proton, an electron and an antineutrino. For nuclei like Ge-76, normal beta decay is energetically forbidden, but the simultaneous conversion of two neutrons with the emission of two neutrinos is possible and has been measured recently by GERDA with unprecedented precision. This is one of the rarest decays ever observed with a half-life of about 2*1021 years − about 100 billion times the age of the Universe. If neutrinos are Majorana particles, neutrino-less double beta decay should also occur at an even lower rate. In this case, the antineutrino from one beta decay is absorbed as a neutrino by the second beta-decaying neutron. This is possible if neutrinos are their own antiparticle.

In GERDA, germanium crystals are both source and detector. Ge-76 has an abundance of about 8% natural germanium and its fraction was therefore enriched more than 10-fold before the special detector crystals were grown. Searching for a needle in a haystack is trivial compared to the detection of double beta decay, since environmental radioactivity is a background occurring at a rate at least a billion times higher than double beta decay. The GERDA detector crystals and the surrounding detector parts were therefore very carefully chosen and processed. The observation of this extremely rare process requires, in addition, very delicate techniques to further suppress backgrounds from cosmic particles, natural radioactivity of the surroundings and even the experiment itself. The scientists met this challenge by mounting the detectors in the center of a huge vessel filled with extremely clean liquid argon, lined by ultrapure copper. This in turn was surrounded by a 10-meter-diameter tank filled with pure water; the whole located underground below 1400 meters of rock. Combining all these innovative and pioneering techniques it was possible to reduce the background to unprecedented levels. 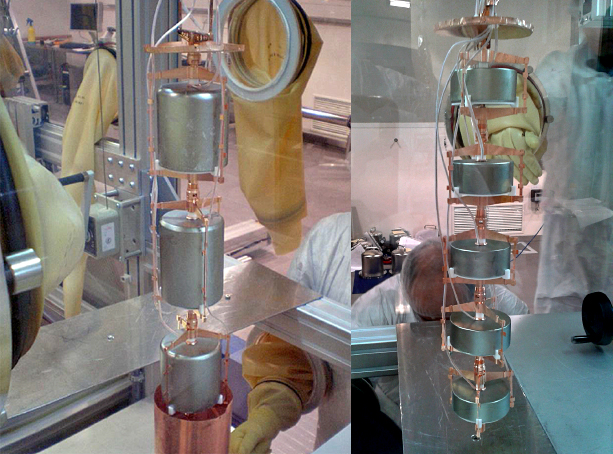 Data processing started in fall 2011 using 8 detectors the size of a tin can and weighing two kilograms each. Subsequently, 5 additional detectors were commissioned. Until recently, the signal region was blinded and the scientists focused on the optimisation of the data analysis procedures. The experiment has now completed its first phase with 21 kg∙years of data accumulated. The analysis, in which all calibrations and cuts had been defined before the data in the signal region was processed, revealed no signal of neutrino-less double beta decay in Ge-76,leading to the world’s best lower limit − a half-life of 2,1*1025 years. Combined with information from other experiments, this result rules out an earlier claim for a signal by Klapdor-Kleingrothaus and Krivosheina [1]. The new results from GERDA have interesting consequences for knowledge on neutrino masses, extensions of the standard model of elementary particle physics, astrophysical processes and cosmology.

The next steps for GERDA will be to include additional new detectors − effectively doubling the amount of Ge-76. Data processing will then continue in the second phase after some further improvements are implemented to achieve even stronger background suppression.

GERDA is a European collaboration with scientists from 16 research institutes or universities in Germany, Italy, Russia, Switzerland, Poland and Belgium. The participating institutes are the Max-Planck-Institute for Nuclear Physics in Heidelberg, the Max-Planck-Institute for Physics and the Technical University in Munich, the universities of Tübingen and Dresden, INFN LNGS at Gran Sasso, INFN Milano, INFN Milano Bicocca, INFN Padova, INR, ITEP and Kurchatov Institute in Moscow, JINR Dubna, the universities of Zürich and Krakow and IRMM Geel. The GERDA experiment is supported by the Max Planck Society (MPG), the German Federal Ministry for Education and Research (BMBF), the Italian Istituto Nazionale di Fisica Nucleare (INFN), the German Research Foundation (DFG) via the Excellence Cluster, the Polish National Science Centre (NCN), the Russian Foundation for Basic Research (RFBR), and the Swiss National Science Foundation (SNF). The participating groups also acknowledge internal financial support by their respective institutes. The GERDA collaboration thanks the directors and staff of the LNGS for their continuous strong support.