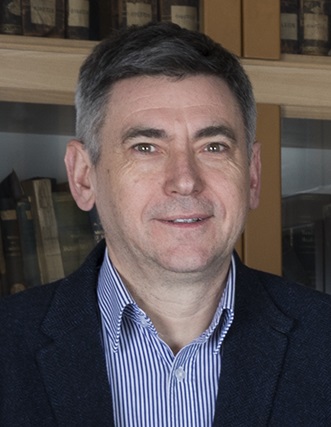 Professor of law, member of the Faculty of Law and Administration, Adam Mickiewicz University in Poznań. He is the author or co-author of over 160 scientific publications which have been published in 10 languages in 13 countries. Among his 15 books are: The Nature of the Contract in Reasoning of Civilian Jurists, Poznań 2012; Der Allgemeine Teil des Privatrechts. Historische Wurzeln – Leistungsfähigkeit im 21. Jahrhundert, Chr. Baldus, W. Dajczak (eds.), Berlin 2018; Derecho romano de obligaciones. Continuación y modificationes en la tradición juridica europea, Santiago de Compostela 2018. His research interests focus on Roman law, history of private law, comparative private law (contracts, law of property, general part of private law), legal methods and culture heritage law. He is primarily interested in the basic concepts of private law like: good faith, object of property and nature of the contract which he sees from the historical and comparative perspective. In his research on legal methods he focuses on the impact of science on legal reasonings.

He is a Fellow of the Alexander von Humboldt Foundation (Cologne, Hamburg, Heidelberg). He has carried out research projects as a fellow or investigator in universities of Rome, Padua, Naples, Cambridge, Edinburgh. He is a member of the Steering Committee of the International Association for Comparative and Historical Law Research (ARISTEC) in Rome, a member of editorial boards in Germany, Italy, Spain, Poland, the editor in chief of “Forum Prawnicze”.

Former judge and legal counsel. Co-owner of a small vineyard.